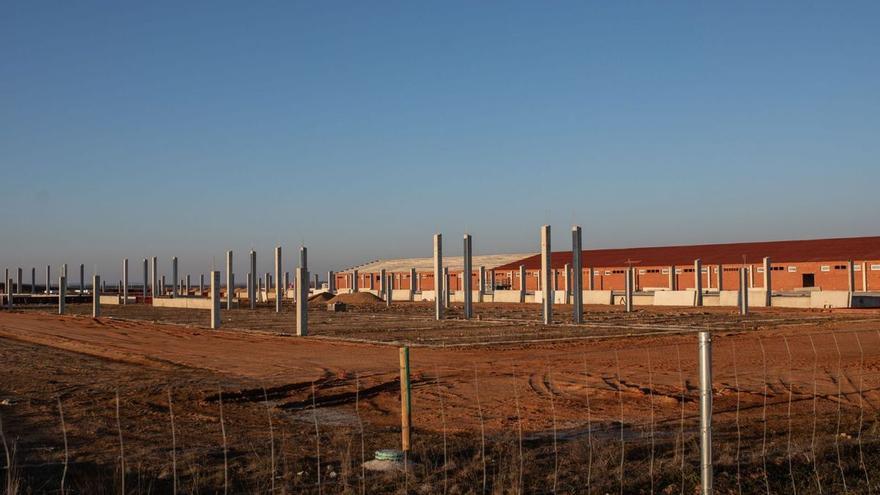 In Cerecinos de Campos, quiet reigns without opposition during midday on a Monday in January. The movement is only perceived in the trucks that leave the highway to stop to eat at the town’s restaurant, inside which there is a vast majority of foreigners. In its streets, there is no trace of posters or banners either, but a part of its population has been mobilized for three years against the installation of a business in the term.

Yes, there is a part of the Zamora rural that rejects the arrival of potential job generators, but its reasons are not trivial; there is a fear that the creation of “three or four” jobs in the municipality causes ecological damage that is difficult to reverse.

This is how the mayor of Cerecinos de Campos, Jesús María Deza, explains it, who landed in the Town Hall after winning the support of his people, among other things, by rejection of the installation of a pig farm with more than 3,400 mothers. “There is a problem with the concentration of animals in the same point, and it is the generation of waste,” explains the councilman, who is also an agricultural engineer and who warns about the difficulty of eliminating this waste without causing damage.

Three neighbors, in the town of Santovenia. EMILIO FRIAR

“The slurry regulations are very strict, but not enough inspections are carried out; it is not enough to limit the speed, you have to put radars”, explains the mayor, who assures that the rejection in the town towards the macro-farm is generalized. Checking it is difficult; the people who appear on the streets prefer not to speak. The controversy over these facilities is harmful to coexistence, although in Cerecinos they have managed to calm things down through an agreement that abounds in ecological safety for the area.

The municipal resistance did not prevent the opening of the macro-farm on the outskirts of the town, but it did manage to get the company to give in and commit to acquiring a slurry transformer. For Deza, this is still not the ideal solution, because the odors and the fear of harmful long-term consequences continue.

The mayor also looks beyond his town and confirms a reality Zamora have to face. The official data speak of a province with three pigs per inhabitant and with more than fifty macro-farms, if considered as such those facilities intended for intensive farming that have more than 2,000 spaces for fattening pigs weighing more than 30 kilograms, or a figure greater than 750 spaces for breeding sows.

The detractors of this type of farms mention the ecological damage and insist on few benefits at the level of employment that “do not compensate”.

In fact, Frequently, the treatment of the meat and the subsequent commercialization is carried out outside the provincial borders. The slurries stay; not the money Against this circumstance, the mayor of Cerecinos points out that, if this is the model to follow, the Board has to control more the number of licenses it offers and make some of them subject to the construction of slaughterhouses and other infrastructure linked to the farms that allow the economy to benefit. It remains to be seen if the winner of the next regional elections chooses this route from the Government.

The ballot, of course, is unenviable. Cerecinos de Campos seems to have calmed down the general excitement somewhat, but there are towns that continue to embark on fierce struggles against the installation of macro-farms; battles that have leaders and rivals within the same municipality, and that are problematic on a day-to-day basis. There are towns like Pozoantiguo that are lined with posters and painted against this type of exploitation, but the population itself recognizes that there is no unanimity.

Also Read  For the balance between man and nature

It is also far from full agreement Santovenia, a municipality that is located near the epicenter of the concentration of macro-farms in the province. Early this Monday afternoon, several retirees chat under the sun at the entrance to one of the town’s bars. The most loquacious is upset when he hears the reason for the press visit: “They have the licenses and they have the permits, I don’t know what else to talk about,” he says.

The Santovenia resident prefers to chat without identifying himself, although he slips that he dedicated his working life to the pig sector: “All the controls pass. assures the local, which rejects any criticism from outside the place and limits the importance of those that come from the municipality itself: “Am I going to have to close it because the person next door doesn’t like it?”, he questions.

Of course, who does not like the opening of a new macrogranja within the municipality is to the political opposition. One of its representatives, Sonsoles Furones, warns about the level of nitrates in the water and regrets the granting of licenses for the benefit of a Catalan company that is increasing its power in the area.

The involvement of Furones and her companions in this struggle is causing her personal problems, although she feels the support of the people. In the 2019 elections, the town was divided more than ever to decide on municipal management, and the macro-farms were part of the discussion. The controversy is expected also influence 13-F in this and in other surrounding towns.

Far from thinking about the results of the polls, some of the people in charge of the town’s businesses regret having positioned themselves more than necessary at some point and alludes to a loss of clients that they are recovering little by little, already from the strict neutrality in public . The issue is sensitive and many opt for prudence.

In Santovenia, there are no explicit posters against the macro-farms either, although there are others related to the Barcial del Barco biorefinery and the future of the project. There are hardly a handful of kilometers from this town to the now empty plot, but the opinion of the people on the matter deserves a separate chapter.

Before night falls the work of the new facilities of Santovenia appears on the side of the road, with the structure already well defined, although there is still time for its implementation. People like Furones announce that they will continue the battle so that their town is free of the installation; others, like the retired neighbor of the sector, advocate the freedom of those who conform to the rules. The pulse will continue and the future scenario will also depend on 13-F.