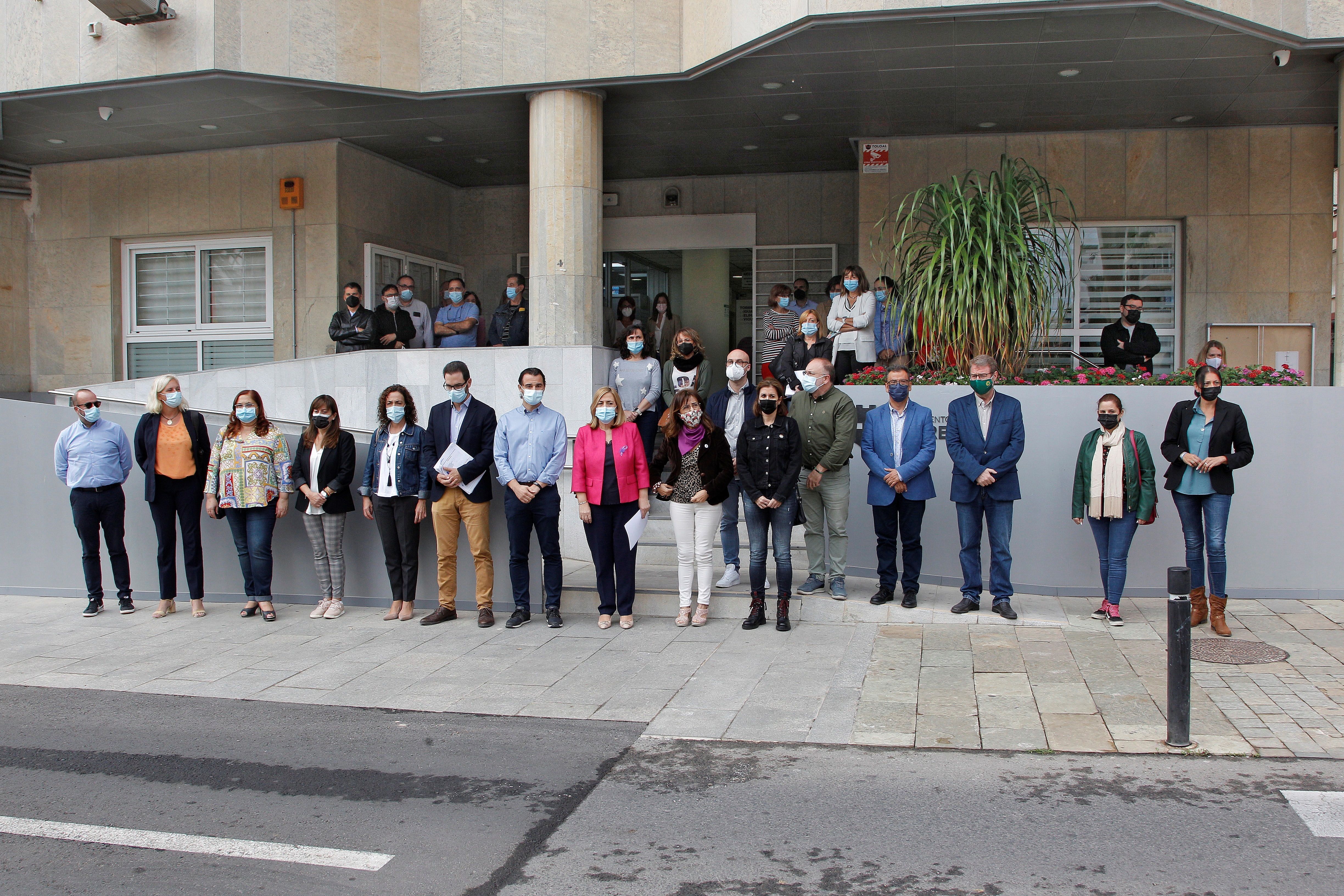 The man arrested after allegedly killing and dismembering his partner in Torrevieja (Alicante) had a history of mistreating another woman, according to the deputy government delegate in Alicante, Araceli Poblador. The arrested remains in the custody of the Civil Guard while the investigation progresses and awaiting judicial disposition. He is accused of a crime of homicide with the possible aggravation of gender, once the identity of the victim is officially confirmed.

Poblador, who has presided over a minute of silence called in the Torrevieja City Council, confirms that the 70-year-old detainee, of Finnish origin, was included in the Viogén system for monitoring cases of gender violence of the Ministry of the Interior. It also confirms that the victim had not denounced his alleged aggressor (as occurs in almost 80% of sexist murders, according to Equality), with whom he had a relationship since February, points out the Civil Guard.

The subdelegate explained that the woman, 68 years old and also Finnish, had children from a previous relationship and that both the victim and the detainee were “regular residents of Torrevieja, although he had been in Spain for longer.”

The case became known on Thursday, when a person rummaging through a city garbage container found what appeared to be a human leg at around 1:30 p.m. He gave notice to the Civil Guard, which sent a brigade of the Judicial Police to the place.

The agents confirmed that it was human remains and made a record of the waste deposits in the environment, the less traveled area of ​​a neighborhood located in one of the entrances to Torrevieja where several supermarkets and a secondary school are located. In another container, according to sources close to the investigation, they found more remains, belonging, according to all indications, to a woman.

After cordoning off the area, and paralyzing municipal waste collection, those responsible for the investigation detected the presence of the now detainee in the vicinity of the place. The identification came after reviewing the surveillance cameras of the supermarket located in front of the container, say sources close to the investigation.

The Civil Guard arrested the suspect and took him to his home, located just 300 meters from the container in which the first discovery took place and right in front of the second. Once inside the house, the agents located more remains of the body, wrapped in plastic bags. The Civil Guard looks for “the totality of the tests” in different points of transport and treatment of waste of the province.

The armed institute indicates that they are still finalizing the identification of the victim, awaiting the reports of the autopsy and the Criminalistics Laboratory of the Alicante Command.

“The dismemberment with the throwing of remains seeks to make the body disappear,” explains coroner Miguel Lorente, former delegate of the Government against Gender Violence, reports Pilar Alvarez. “It has a component of cruelty and anger, but it also has an instrumental one: hiding what they have done.” Lorente, who has spent decades analyzing the modus operandi of sexist crimes, it warns that we must be vigilant in case a change is taking place in the aggressors. “When a man carries out a homicide of this type, normally he does not hide and claim,” says the coroner, “but now there is a more critical vision at the social level, thanks to feminism, and that may lead to not being shown so vindictive and that they try to disguise it as that their partner left ”. For this reason, he asks that this type of behavior be closely followed “so as not to falsely close future cases.”

This year 36 women have been murdered by their partners or ex-partners. The figure rises to 1,117 murdered since the official count began in 2003. And 44 minors have lost their lives at the hands of their fathers or partners of their mothers since 2013.

016 is the helpline for victims of sexist violence. It leaves no trace on the bill, although the number must be erased from the call log. For cases related to minors, they can also contact the Anar Foundation telephone number (900 20 20 10).