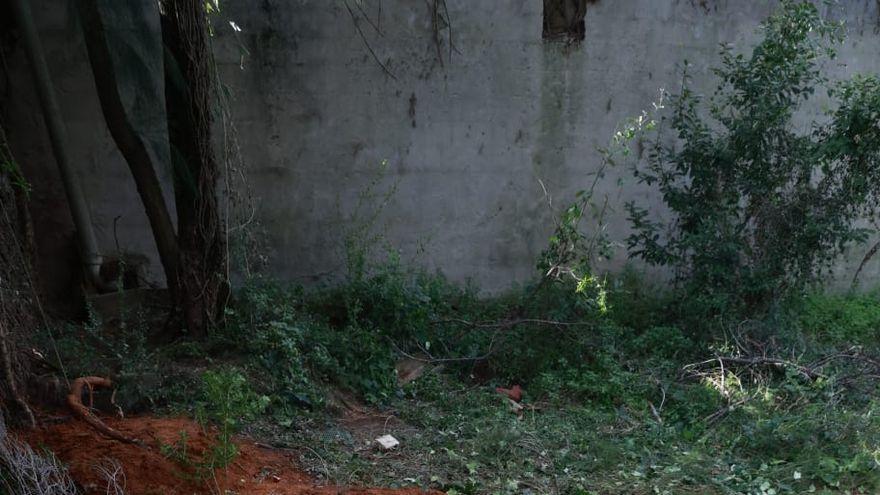 Returning to the scene of the crime is as classic as it is risky. Michael Martin H., 55, Russian by birth and American by adoption, did. And with that gesture he led the agents of the Homicide group of the Valencia National Police straight towards the body of his victim, Yana Rose, his wife, whom he allegedly beat to death, as Levante-EMV exclusively announced yesterday. He did it in an apartment in the luxurious urbanization of Sotogrande, in San Roque (Cádiz) to later dispose of his body 740 kilometers from there, on the plot of a splendid bourgeois mansion from the beginning of the 20th century, now converted into a gloomy ruin. , on Camí de Torretxó, less than 200 meters from Hospital de la Ribera, in Alzira.

Why there? Pure chance, possibly. The intention of the criminal, who has not yet been caught – the slowness of the bureaucracy (also the police) of transcontinental requests for help is behind this fact – was to dispose of the body. Sooner. Still, it took days to decide how and more days to decide where.

According to the data gathered by the investigators, everything points to the fact that on December 25, Christmas Day, Yana, who was 40 years old and was an American of Russian origin like her executioner, was already dead. Her mother tried in vain to contact her, but she wouldn’t pick up the phone, so she ended up calling her son-in-law. Michael Martin H. lied to him. He told her that they had quarreled and that Yana had left, possibly to meet a friend of hers in Valencia. did not arrive

Also Read  Tokyo 2021: Feet on the ground, head in the clouds, from Roxana Popa to Ray Zapata | Olympic Games 2021

She continued to make her mother-in-law and her friend dizzy for days, until the latter, convinced that she had surely done something to her, the latter went to the Abastos police station in Valencia and reported the disappearance of Yana Rose, which activated the group of Homicides of the National Police. It was January 9.

First management, try to talk to the husband. Useless. The then main suspect in the disappearance of Yana Rose had gotten out of the way: on January 11 he got on a plane in Milan with final destination in Denver (Colorado), the city where the couple lived.

Thus, the Homicide agents had to start building the investigation from the ground up. After establishing the couple’s journey, they learned that their last certain location was an apartment in Sotogrande, so they contacted agents from the Specialized and Violent Crime Unit (UDEV) of the Cadiz police station to ask for their support.

That collaboration immediately bore fruit. The agents located security cameras in the tourist area that kept a backup copy. Consulted at the end of December, they came across some images in which the alleged murderer is seen carrying the body and putting it in the rental car, the same one he had rented in Rome days before (the trip had started in Italy). The recording was from ten at night on December 27.

A car and two mobiles

From there, they had lost track of both. Next step: track the mobile of the victim and the suspect and any movement with an electronic fingerprint: cards, geolocators… The usual. Bingo. The rental car had GPS as standard, so they asked the Italian Police for the vehicle’s route data from when Michael Martin H. rented it until he returned it at the Milan airport on January 11.

Thanks to that double geolocation, they knew that between Sotogrande and València he made several stops. But only one of them was repeated over and over again and, furthermore, it denoted that the time spent at the point was high. Suspicions that this was the place were growing stronger.

Peat to speed up the process

From that conviction, it was necessary to track the ground. The spot was perfect: an isolated place, close to road junctions, but without curious neighbors. And a house in ruins in the middle of a plot devoured by nature, in the middle of a dead end road that leads nowhere. A perfect place. Nothing that was not visible studying Google Maps.

Once the site was chosen, Michael Martin H. left the body, probably at night, and covered it with the dry pine branches that cover the entire property. And he left, but to return. In those comings and goings he made himself with a pick and a shovel –bought nearby– and with dozens of sacks of garden soil.

Then, slowly but steadily, over several days, he dug a deep pit more than a meter deep and nearly two meters long. When she was ready, she brought in the naked and bruised body of Yana Rose and covered it with peat, possibly in the belief that this earth, more fertile in appearance than the clay on the ground, would help repopulate the vegetation earlier and hide the grave. Then, he filled in with the rest of the earth that he had extracted and covered the removed soil with the same branches.

Even so, he did not manage to make her invisible to the police, to whom he had already provided a beacon of his movements by returning again and again, for days, to the place where he had left the most obvious evidence of his crime: the body without life of his wife. Now, all that remains is for the FBI to do their part and catch the fugitive.