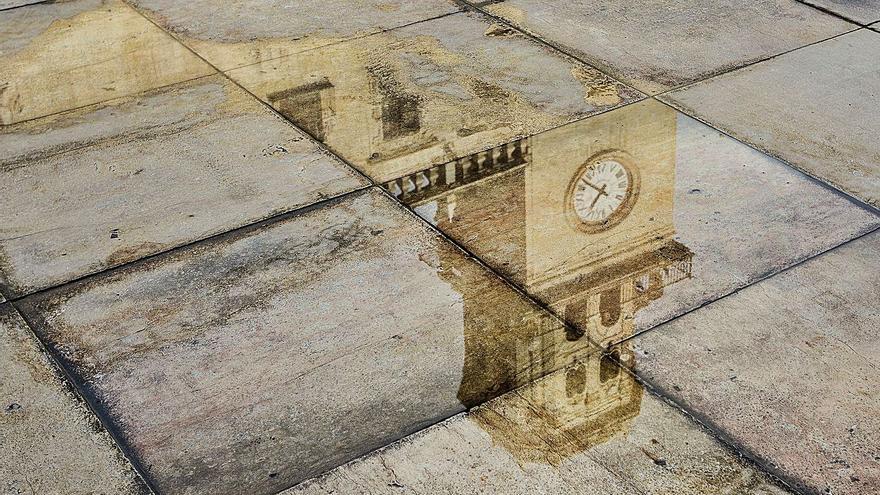 For two years he had Social Council of the City of Alicante without being summoned. And now, as agreed in the session this Thursday, will meet again shortly to deal exclusively with the management of European funds for reconstruction behind the pandemic. “At last the Social Council has been constituted, although it was almost in the middle of the mandate. It shows the value that the bipartisan gives to these bodies and to citizen participation in general. It has been agreed to call a new meeting of the Social Council once the Commission of European Funds is constituted [reunión prevista para el 12 de marzo] for assess and discuss the opportunity that European funds represent for the city», Explained the spokesman for Compromís, Natxo Bellido, promoter of a proposal that he unveiled at the meeting and was initially well received by the mayor, Luis Barcala (PP).

Much less successful was the neighborhood initiative, launched by Luis Almarcha (representative of the District Board 1), for the popular alderman to cede the presidency of the Social Council to a professional of recognized prestige from the Alicante capital in order to give him more autonomy to the advisory body. The reasons given did not convince, among others, the socialist Francesc Sanguino: «He has lost the opportunity to offer his presidency to a prestigious person and thus not condition it to his dynamics as mayor. At the end of the Council, he said that the mayor has to preside over the Social Council to safeguard its importance. Summon it more than a year and a half late [desde el inicio del mandato] it has served to do just the opposite. On tiptoe through the telematic meeting he passed the proposal of the Socialist spokesperson to provide the Social Council with a budget of 100,000 euros to promote studies and reports on matters of relevance to the city.

The last appointment of the Social Council was the last municipal mandate, at the beginning of 2019, already with Luis Barcala as mayor (although still without Citizens in the government), to present the Budgets of that electoral year. This Thursday, the advisory body also met with the municipal accounts as a backdrop, although many other issues were discussed: from the processing of licenses, to the scarce citizen participation, through the management of European funds. Barcala, in his defense of the municipal accounts, already approved initially three weeks ago, assured that the document “has been prepared by the government team to address the needs caused by the COVID pandemic in the social and economic emergency, taking into account the agreements reached in the Recovery Commission ”. The foundation found the foreseeable rejection, among others, of United We Can. “We have made it clear that our training could not support accounts in which the ultra-right agenda was introduced, which do not address the social emergency, or an economic recovery horizon linked to ecological transition and inclusion as axes for a fairer city socially, “defended the purple spokesman, Xavier López.

After his first participation in the Social Council, the municipal leader of Vox, Mario Ortolá, admitted that he was not happy at all: «With a bittersweet flavor. We value the participation of civil society very positively, but we regret, as almost always, the fact that the left turns an organ of the neighbors into a mere party platform. We already have enough with a mayor who has taken two years to summon him.

Apart from the political speeches of the municipal groups, civil society took the floor, although the budget was just talked about. Neighbors and unions, mainly, focused their criticism on the bipartisan for not encouraging citizen participation. Two years of waiting to meet the advisory body was one of the reasons that they alleged. “We are guests of stone,” they noted from CC OO. The representatives of the employers’ association (CEV and Chamber of Commerce) focused their interventions on defending a public-private collaboration in the management of the European aid that will arrive to facilitate the exit from the crisis generated by the covid and on requesting more agility in the bureaucracy municipal (especially with building licenses), a requirement to which the engineer Florentino Regalado also joined. There were only two entities without representation: District Boards 4 (Playa San Juan and Albufereta) and 5 (rural areas).

Following Barcala’s decision to reject the recommendation to include in the plenary session all the proposals presented from the opposition regardless of the secretary’s discretion, the Síndic de Greuges has decided to close the complaint, but not before reaffirming his criteria . In response, the municipal spokesman for United We Can, Xavier López, again criticized the councilor: “He has become an insubordinate of the organizations that ensure democratic quality. He keeps the plenary session of the City Council kidnapped, which he uses to promote his party’s state arguments »