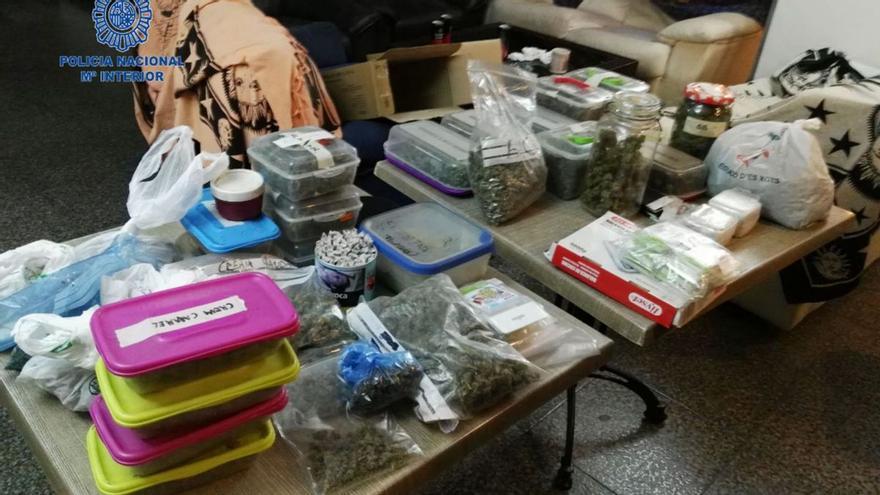 A court in Palma de Mallorca has acquitted the two responsible for a cannabis association based in Santa Ponça, in Calvià, considering that It has not been proven that they sold drugs to third parties or that they had a purpose other than self-consumption and consumption shared among the partners. The two defendants, a Briton and an Italian, were arrested in December 2017 in an operation by the National Police, which broke into the association’s headquarters and intervened two and a half kilos marijuana and a kilo of hashish. The prosecutor demanded for each of them a sentence of three years in prison for drug trafficking.

In the sentence, the judge upheld the arguments of the defendant’s lawyer, Bernardo Soriano, from S&F Abogados, in the sense that the distribution of drugs was restricted to partners, which would be “before a voluntary shared consumption (…) because it was not proven that marijuana or hashish was sold to third parties who were not members and there was no evidence that the marijuana and hashish seized were destined for sale to third parties”.

During the trial, recently held in Palma, several of the police officers who participated in the operation stated that at the end of 2017 they received information and neighborhood complaints about an old bar in Santa Ponça, closed to the public at the time, which made them suspect that it could be a drug sales point.

On December 17, they set up a surveillance device and surprised a man who was leaving the premises with marijuana and hashish. They decided to carry out an inspection inside the establishment and found narcotic substances in different drawers. In total, two and a half kilos of marijuana and one kilo of hashish, as well as knives to cut the drug, self-closing bags, precision scales and 1,585 euros.

The two responsible for the establishment were arrested for drug trafficking. The prosecutor requested for each of them three years in prison, a fine of 20,000 euros and the suspension of the activity of the association for five years.

In their statements during the trial, the two defendants made an identical account. They explained that in 2016 they had formed the Free Weed Mallorca association together with other partners. They settled in a place in Santa Ponça that it was not open to the public. It was a private club to which only members had access, who paid a annual fee of 58 euros. The partners could buy two grams of drugs a day, but they could not take the substances out on the street and they did not sell to third parties. They stated that they had no profit from marijuana and hashish, and from the food and drink they offered they took out for local expenses. Both showed their conviction that what they were doing was legal.

The man who was intercepted by the Police at the exit of the establishment stated that he was a member of the club, and said that the bags with marijuana and hashish had not been bought there.

In her analysis of the facts, the judge recalls that, according to case law, self-consumption is not a crime. For this, regular consumers must be treated, in a closed place and in small groups, small quantities and limited to daily consumption. The sentence emphasizes that the evidence provided does not allow inferring that the defendants sold drugs to third parties, since during the investigation, the Police only seized drugs from one person, who was a member of the club. For this reason, he acquitted the two defendants of the crime of drug trafficking.