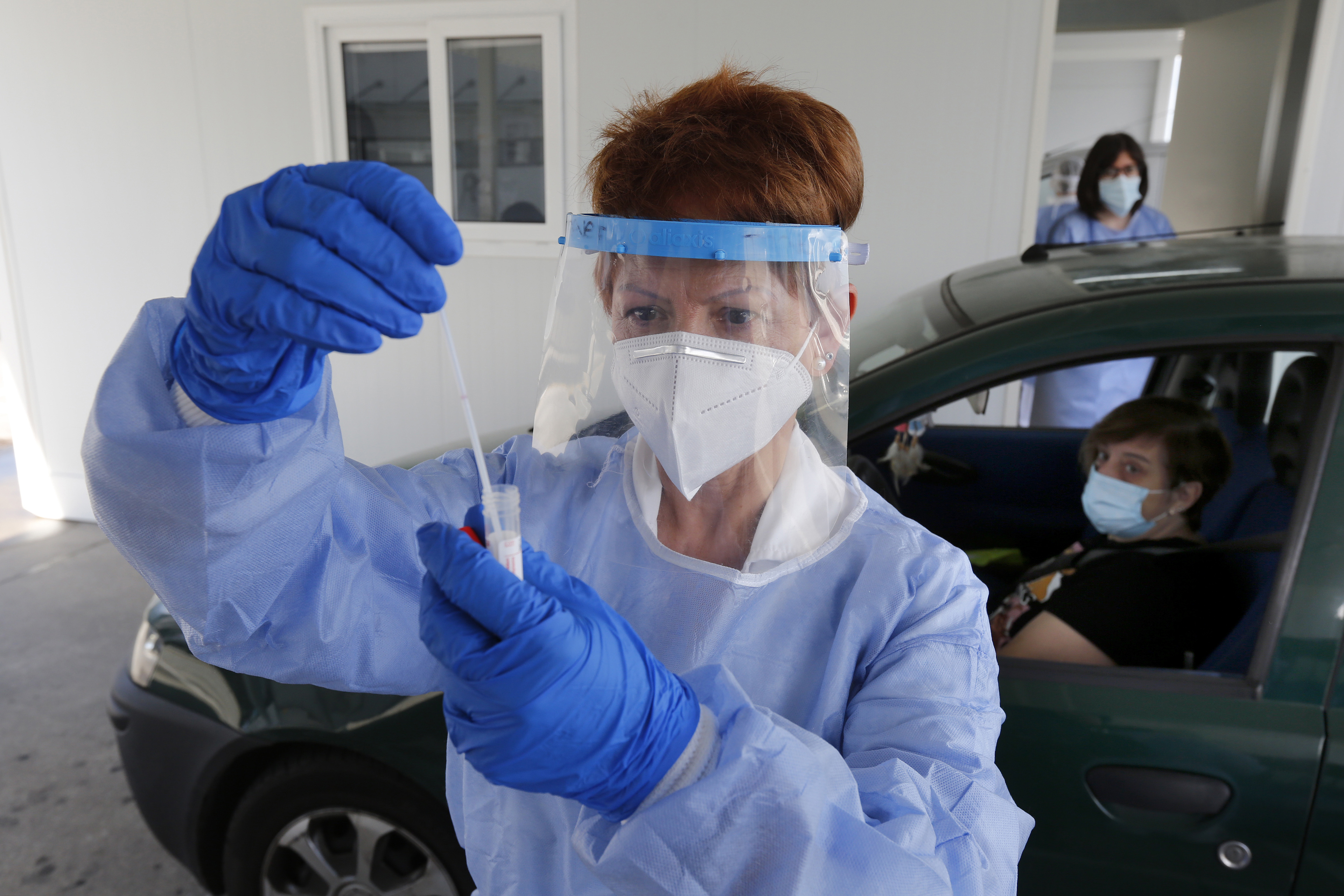 The cover of The Economist Saturday showed a long tunnel with a light at the end. He was lighting a syringe with the coronavirus vaccine shortly after hearing the promising first immunization results from Pfizer and BioNTech, which indicate 90% effectiveness. Preliminary as they may be, it is tempting to get carried away by this halo of hope that appears after nine long months of pandemic. But not everyone does. A segment of the population views the drug with more suspicion than optimism. A poll published on Sunday by this newspaper showed that a third of Spaniards are reluctant to get vaccinated. Could they derail the long-awaited solution to this crisis? Could they be forced?

The answer to this last question is yes. The 1986 Public Health Act allows measures to be taken that limit individual rights as long as they benefit the majority of the community. The Minister of Health, Salvador Illa, already suggested last week that, although it is an option that he does not consider necessary, it should not be completely ruled out. In Spain there is a precedent: after a measles outbreak in Granada in 2010, a judge authorized the forced vaccination of children whose parents refused to be pricked. With the covid vaccine, it is neither a probable nor a near scenario, since it will take at least a year for there to be vaccines for everyone. As Carlos González, pediatrician and author of the book, points out In defense of vaccinesAt the beginning the problem will not be who rejects it, but rather that “there will not be for all who want it.”

“It is a debate that has been raised in public health for many years in many countries,” says Fernando García, president of the Research Ethics Committee of the Carlos III Health Institute and collaborator of the Bioethics and Law Observatory of the University of Barcelona. “It is a conflict between individual freedoms and the protection of health that does not normally arise because formulas are often sought to harmonize both goods,” he says.

In Spain it is a debate that has not normally had great repercussion because the consensus of society in favor of vaccines is such that it is not necessary to raise it. It is one of the countries with the highest vaccination rates in the world and the anti-vaccine movements, which have become more widespread in other countries, such as France or Italy, have had almost no impact here. These two countries have already resorted to mandatory vaccination for children in the face of this problem. According to the Vaccine Advisory Committee of the Spanish Society of PediatricsIn 11 countries of the European Union, at least one is mandatory (Italy, Latvia, Bulgaria, Croatia, Slovakia, France, Hungary, Poland, Czech Republic, Greece and Belgium).

The benefit of vaccination, contrary to what happens with medication for other diseases (such as the decision whether or not to receive chemotherapy for cancer), affects the whole of society. Immunization not only protects the person who receives it, but if a good number of the population is wearing it, the virus will not be able to circulate and will not infect anyone, not even people who, due to medical or tolerance problems, do not receive it. can put.

The percentage of people required to reach what is known as herd protection depends on how contagious the infection is. With measles, for example, which is one of the diseases that spread more easily, it is necessary to exceed 90% (in Spain it is close to 95%). In the case of covid-19, experts consider that it could be around 70%. The remaining 30% roughly matches the percentage of people who are not very willing to receive the vaccine, according to the 40dB survey. for EL PAÍS: 13.1% did not consider it and 20.6% would accept the puncture only if it was strictly necessary.

With these accounts, establishing the obligation does not seem very necessary. Because, in addition, as García points out, it is still too early to evaluate this. “We have recently seen how two trials have had to be stopped due to adverse effects, that has been made public and can generate misgivings. It will be different when it has been administered for a while, there people will see how it works and many may lose their fear, “says this epidemiologist.

If, despite everything, when there is a vaccine available for the entire population, the rejection of one part endangers public health, it would be possible to resort to mandatory measures, according to the experts consulted. But it is a last option that nobody wants to reach. “Today, when there is not even for everyone, the only thing you would achieve is to give arguments to the anti-vaccines, who would speak of oppression,” says González.

Fernando García explains that the ideal is to convince the public through transparent and informative processes. And he warns that so much enthusiasm generated by a vaccine still in the testing phase (Government included) can be counterproductive, since if the final results worsen it can become a double-edged sword.

So thinks Itziar de Lecuona, from the Bioethics Observatory of the University of Barcelona. In his opinion, before resorting to coercive measures, there are other intermediates that can be incentives. “Unvaccinated children could be prevented from going to school, as is the case in other countries [lo hacen en Australia y algunos lugares de Estados Unidos], that if you are vaccinated, you can access certain places or to be treated at your health center “, says Lecuona, who believes that it will not even be necessary to reach this point:” In an informed society, for reasons of solidarity, people respond ” .

In any case, the three specialists consulted assure that the obligation, in the event that it has to be proposed as an option, will not be on the table, at least, for a year. Before then there will be no vaccines for everyone. “If someone does not want it, it is even better for those who do”, ironizes Carlos González, who, more seriously, points out that what we should worry about now is that everyone who wants to be vaccinated can as soon as possible. “It is an impressive logistical challenge,” ditch.

Anti-vaccines and the stowaway phenomenon

Although it is not numerous, in the world there is a growing number of anti-vaccines, people who reject immunizations, despite the fact that they have proven to be one of the greatest advances of humanity in terms of health: it is estimated that they avoid between two and three million deaths each year.

The explanation that experts usually gave to this phenomenon is that in rich countries, where certain diseases were already forgotten, people who did not know the suffering that infections such as measles, polio or whooping cough had generated in the past could afford the The luxury of rejecting them for fear of side effects which, if they do occur, carry far less risk than the disease they prevent. This is not the case in developing countries, where families frequently see their children die throughout their lives. But in this epidemic things change. Now we are seeing the havoc that covid can cause. “At the same time, hoaxes have also advanced, and more those related to the vaccine,” recalls pediatrician Carlos González.

Being a very new drug, which has developed very quickly, it can generate misgivings in some part of the most apprehensive population. “Many of these people don’t want it for themselves, but they will benefit from herd protection. It is what is called the phenomenon of the stowaway, people who they travel free at the expense of others; they do not want to assume the potential risks, which always exist in any medical intervention, no matter how small, ”adds epidemiologist Fernando García. “If there are too few, we can afford it, the problem is that there are too many”, ditch.