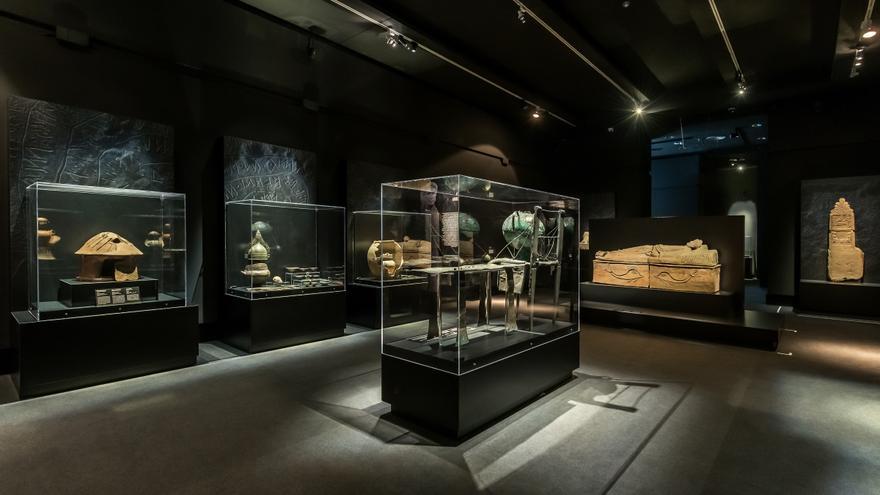 The international exhibition ‘Etruscans. The dawn of Rome’ extend your stay at MARQ until next month of March. The first vice president and deputy for Culture, Julia Parra, has confirmed that the decision has had the unanimous support of the Executive Commission of the CV-MARQ Foundation in the last meeting held yesterday afternoon.

Julia Parra explained that the main reason that has led to this extension has been “to allow the public to continue visiting this exhibition given the great interest it has aroused, as well as the excellent response, with more than 40,000 visits registered so far, a This figure exceeds all our expectations and confirms that it has been a complete success ”.

Given this balance of the proposal inaugurated in August, the Executive Commission of the CV-MARQ Foundation has approved the extension of the exhibition period for both Etruscans and ‘Huellas Etruscas en Alicante’ until March 20, 2022. The excellent reception of the exhibition has resulted in the purchase, weeks in advance, of all the guided and dramatized passes, as well as in the long queues of visitors that form almost daily to access the museum along with the sale of a multitude of memorabilia.

‘Etruscans. The dawn of Rome ‘is made up of 150 pieces coming from the most important excavations of ancient Etruria and it is the largest monographic sample exhibited in Spain in the last decade on this mysterious culture. It is an initiative promoted by the Alicante Provincial Council, the MARQ Foundation and the Superintendency of Archaeological Heritage of the Province of Pisa and Livorno which includes a selection of original parts from the National Archaeological Museum of Florence (MAF) and Guarnacci de Volterra Etruscan Museum.

In the exhibition you can admire valuable objects such as the Orbetello diadem waves bracelets from the necropolis of Bisenzio. The part that the exhibition dedicates to the world of beliefs, formed mainly by funeral pieces, includes works such as the urns of Ulysses, of the Sirens and the Abduction of Proserpina from Volterra or the male sarcophagus of the necropolis of Rosavecchia in Tuscany.

In addition, and with the aim of reaching a wider audience, the proposal incorporates graphic and didactic material that offers audiovisual projections and interactive tools. The original pieces are accompanied by images and explanatory texts created from rigorous scientific documentation. On the other hand, the MARQ has also enabled a web space with images and information on the most outstanding objects and access to advance booking of tickets and guided tours.

At the same time, ‘Huellas Etruscas en Alicante’ presents a set of 22 pieces that show the imprint of this ancient Italic culture in our territory and reveal the importance of rituals related to goldsmithing and wine in Iberian times, including objects from the MARQ and the municipal museums of Xàbia, La Vila Joiosa and Guardamar del Segura.

Due to the current capacity restrictions imposed by health authorities, will be able to access up to 60 people per room and the guided groups will be of a maximum of 15, with the distances and marked itineraries and the mandatory use of a mask.