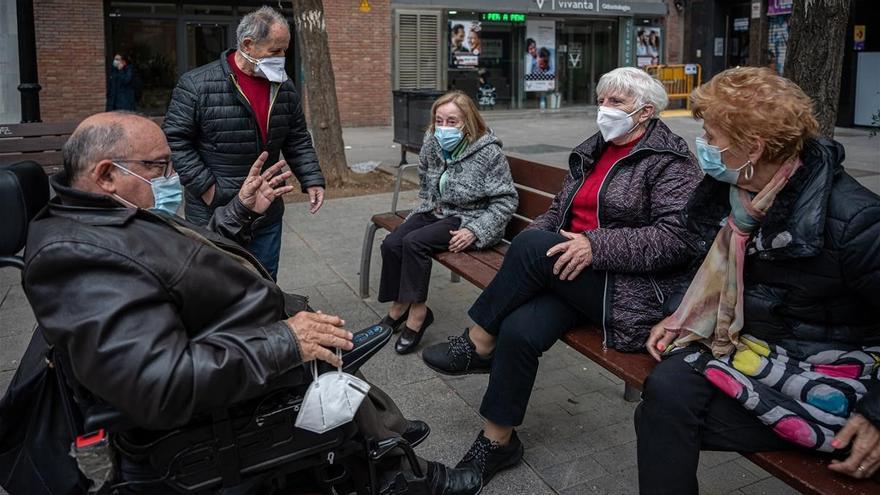 The new early retirement scheme that the Minister of Social Security, José Luís Escrivá, has put on the negotiating table with the social agents, seeking two objectives. From one side, discourage voluntary early retirement in the two years prior to the legal retirement age, which this year is 66 and will reach 67 in 2027. On the other hand, the minister wants to correct the “inequality” which, from their point of view, occurs in early retirements from pensions that do not reach the maximum level (and currently support a cut of up to 16%) and those that do exceed this bar (which, depending on how you look at it, only support a reduction coefficient of 4%). It is estimated that around 1.5 million workers contribute at the maximum base.

1. How does voluntary early retirement work?

A worker can advance the time of retirement by up to previous two years at the applicable legal retirement age. If the legal age is 66 (as is generally the case in 2021), it may be possible to retire early with 63 years (if a minimum of 35 years has been contributed; 15 of them immediately prior to the moment of retirement).

In return, the resulting pension suffers reducing coefficients, which are applied on the basis of quotation. At present these coefficients are 2% for each quarter that retirement is advanced, up to 16% in the case of a 2-year advance. Thus, for an example in which the resulting contribution base is 2,000 euros, the pension will be reduced to 1,960 euros if retirement is advanced one quarter or 1,680 euros if it is advanced 2 years.

2. What does Minister Escrivá want?

Continuing with the previous example, for a contribution base of 2.000 euros, the coefficients now proposed by the minister would result in a pension of 1,929 euros with a three-month early retirement (instead of the 1,960 euros of the current scheme) or from 1,580 euros if this is two years (compared to 1,960 euros that result with the current scheme).

This tightening should come into force as of next January, according to the plans of the minister, who also plans to do it gradually.

3. What about the maximum pensions?

In Spain, no matter how high wages are, they only contribute to Social Security for the so-called “maximum contribution base”, Which this year is 4,070.10 euros.

If a worker on maximum basis takes early retirement two years in advance, the current coefficient of 16% does not make a dent in the. The basis for calculating the pension would drop from 4,070.10 euros to 3,418.9 euros. And it would not matter, because the pension would continue to be 2,707.49 euros.

For this reason, in 2013 the Social Security law was changed and introduced Article 210.3 with a penalty of 0.5% on the resulting pension (no, on the basis of contribution) for each quarter of early retirement in the case of a maximum pension.

This new rule leads to applying a reduction coefficient of 4% on the maximum pension (not on the basis) of who chooses to retire two years in advance. At this time, this means that the current maximum pension of 2,707.49 euros is reduced by 108.29 euros (4%), up to 2,599 euros for those who advance their retirement in 24 months.

4. What does Escrivá propose in this case?

For maximum pensions, Escrivá raises go from this reduction coefficient of 4% to another of 21%, applied to the theoretical pension, progressively in the 12 years to come. With the current amounts, that would mean cutting the current maximum pension of 2,707.49 euros by 568 euros, down to 2,139 euros at the end of the process.

The step from 4% to 21% after twelve years it would be done gradually. Thus, for example, the maximum base worker who retires early in 2022 could raise a reduction coefficient of 5.4%; and in 2023, 6.8% (if the distribution is made proportionally); this way until reaching 21% in 2034 (twelve years later).

However, it is not certain that the proposal that the minister has put on the table will go ahead, as it has caused discomfort, at least, in the bosses.

5. What is good about increasing the reduction coefficients for early retirement for maximum pensions?

From the minister’s point of view, it would add equity to the system, in favor of workers with incomes below the maximum base. It would also save resources for Social Security, by paying less to this group. In addition, penalizing early retirement more would help raise the effective retirement age, which is one of the objectives sought by the Government to contribute to the financial stability of the Social Security system.

The detractors of the proposal underline that workers with higher wages already suffer ‘de facto’ a cut of 28.85% in their pension. This is – they explain – because they contribute to Social Security for a base of 4,070.10 euros but receive a pension that is currently 2,707 euros at most. The distance between one figure and another is 28.85% and is part of the inherent solidarity scheme of the Social Security system, in which higher incomes make a greater contribution to the model.

From the point of view of the detractors, adding an additional cut of up to 21% “would entail a double penalty, up to almost confiscatory levels”, according to some opinions gathered among the employers.