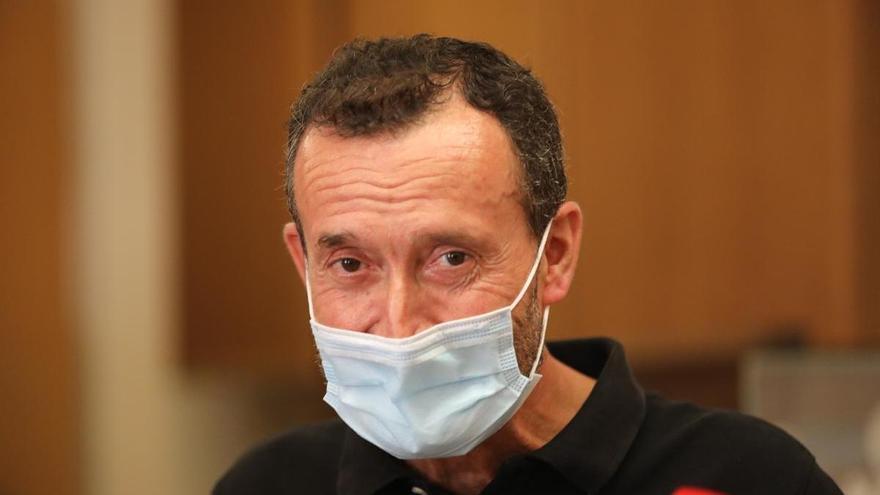 Neither the social nor political pressure that is being generated with the future opening of a Casal Fester in the Hort del Gat, in the heart of the Historic Palm Grove, or the conversion of the Poor Clares convent into a hotel are going to stop, at least for the moment, City Council plans. The mayor, Carlos González, is going to go ahead with these two projects to give a use that he firmly believes will have revitalizing effects to two emblematic buildings in the city, in very different conditions but both submerged in deep deterioration due to the lack of investment. And in the face of criticism, precisely because of the fate that is to be given to the two buildings, the socialist councilor considers “it is normal that a debate has been generated”, which he describes as “interesting”.

Regarding the transfer to festive entities of the stately mansion of the historic palm orchard, whose rehabilitation is being tendered by the Ministry of Culture for one million euros, the mayor denied this Wednesday, to questions from journalists, that the Palmeral law will go to be violated as the social agents warn. González is based on the fact that article 11 of the regulations endorsed by the Valencian Parliament, “but promoted as a result of the work of this government team” says that the social and cultural use of orchards will be encouraged.

Volem Palmerar, an association that has even warned that it will go to UNESCO if this plan goes ahead, looks at article 8 of the regulations to affirm that there is incompatibility. This point says that uses such as “social, cultural, environmental, that do not harm agricultural activity and, where appropriate, livestock, may be authorized in orchards protected by UNESCO. The maintenance of open spaces intended for recreation and recreation of the population, without sealing the soil or exogenous materials, maintaining agricultural and water elements, and using materials from the Palm Grove, palm or date palm wood, as well as such as the rehabilitation of existing traditional buildings and the reconstruction of demolished historic buildings, for the aforementioned uses, and the opening of museums or interpretation centers necessary for the dissemination of the values ​​protected by this law will be allowed exceptionally.

Faced with this, González insisted that it is “perfectly possible to use it to be given” and alluded to the fact that “when we promoted the Palmeral Law we were thinking of recovering orchards and that they have social activities that do not interfere with their rational dynamics.”

He highlighted that the law that “I myself handed over to the Minister of Culture to which has been approved in the Cortes there is a difference of less than 5%”. And beyond the legal aspect, the first mayor highlighted his conviction that the festive entities “of so much weight for the city” can have “in harmony” headquarters in a historic orchard that “you want to preserve.”

On the opening of the hotel in the convent of La Merced, the first mayor wanted to emphasize again that he gave a yes to the initiative proposed by a group of promoters “conditional on strict and scrupulous historical and cultural respect for the building to turn it into a historic hotel.

The possible transfer of the Poor Clares, a municipal building for 14 years, to private initiative, is the project that is adding more detractors as the weeks go by and even more so when seeing how the government team is promoting the modification of the General Plan for allow the land where the convent is to be used as a hotel. The first mayor recalled again that there are similar examples spread throughout the country.

And for this reason, González rejected that “a historic hotel in Las Clarisas with cultural uses and tourist repercussion violates the exchange agreement (which the PSOE signed with the nuns in 2004 and which the PP ratified in 2011) and the deeds of the same.” In addition to these documents, a motion approved by the plenary session eight years ago included the “purpose of acquiring the religious building to implement uses of a cultural order for public enjoyment.”

The Institut d’Estudis Comarcals, Margalló, Volem Palmerar, Ruskin Coffee architects and Amigos Illice-La Alcudia have sent their rejection by letter to the mayor. The former mayor of Elche, Manuel Rodríguez, has also rejected it in public. The PP has threatened to go to the Ministry of Culture or the Ministry to paralyze the municipal claim. The Altabix Neighborhood Association has also shown its disagreement, as has Podemos. The Association of Tourist Companies of Elche (AETE) is the only one that has come out publicly in defense of the hotel.