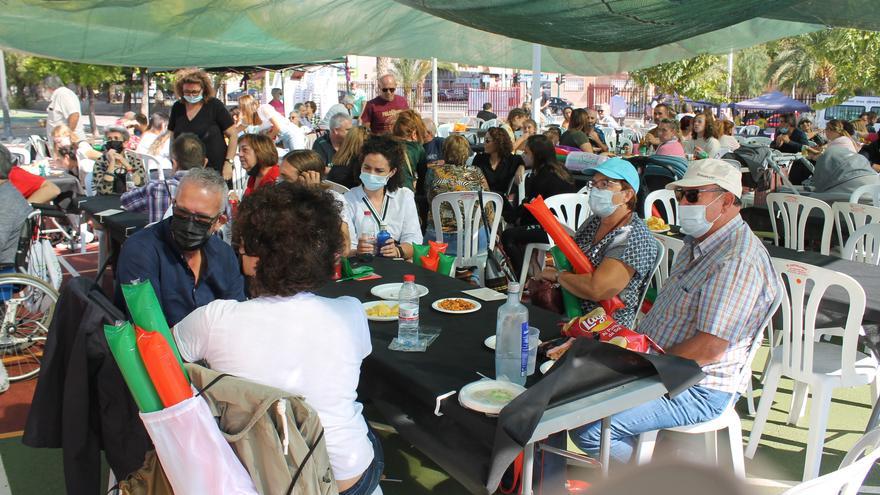 The mayor, Carlos González, the regional secretary for Participation, the local Toñi Serna, the councilor for Participation, Puri Vives, the mayor of Rural Development, Felip Sànchez, and the councilor for Equality, Mariano Valera, were able to listen to the neighbors. of the municipality, as well as neighborhood representatives from the countryside and the city belonging to entities integrated into the Federation, chaired by Bernardo Sánchez. “We are happy to be with you today, with the men and women of the neighborhood associations, after almost two difficult years,” said González. “The neighborhood movement is still here, with desire, ideas and work proposals as we have seen, on important issues that concern you, and of which we take note to find a way to channel them and solve them as soon as possible “, he continued to affirm that, the City Council,”he already works on many of them”.

The councilor from Elche gave some touches of a legislature marked by the health emergency, but which remains firm in the will of the Government Team to modernize public spaces. Also a large part of the municipality’s public services, such as education, thanks to the joint effort of the Consistory and the Generalitat that has allowed “the greatest investment effort that has been made in this city in 30 years in renovation and construction of new teaching facilities. ”.

The mayor of Elche, at a time of the neighborhood meeting INFORMATION

Also, González said that encouraging the economy and employment is another of the priorities of the mandate, with specific projects such as the expansion of the Business Park. “All this so that Elche lives well, is a prosperous town, with quality of life and well-being, and that has always been supportive as has been demonstrated and has done everything possible so that no one will be left behind.” For this reason, he assured that the City Council is going to “reactivate neighborhood participation”, and asked the associations, “as engines of ideas that they are”, to communicate to the local government the needs of the residents. neighborhoods and districts and where the City Council should go in its main decisions.

Serna, for her part, thanked the invitation and underlined the importance of participation and work done from neighborhood associations, encouraging them to continue with their work. In addition, he recalled that, through the Participatory Budgets of the Consell, “we have collected the opinion of the inhabitants of the Valencian Community, so that 122 million euros of the next budget will be allocated to projects chosen by the citizens”.

Some of the issues that concern the residents of Elche are the health system, security, cleanliness or consumer issues –banking and the price of electricity, mainly–. Vives addressed the large public to report on the resumption of activities in the Civic Centers and the imminent implementation of the Participatory Budgets of the municipality, which return with improvements in their operation.