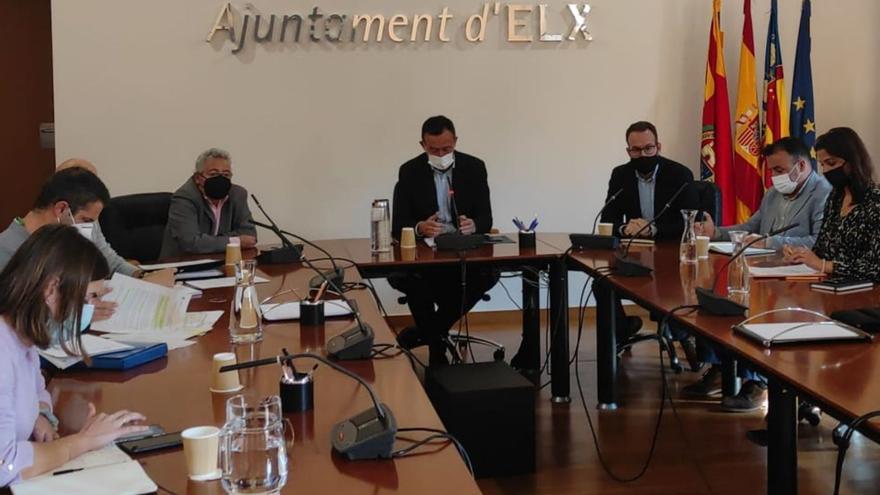 The socialist councilor pointed out for the first time as the origin of the ruling that a municipal technician confused the authorization of the Ministry of Culture for the exhumations with which they could begin, despite the fact that the contract was not formalized. As stressed by the mayor, up to that point, they had done everything as it should be: the archaeologist asked for three estimates, there was credit withholding and a favorable Intervention report to pay for the work. «The works begin with this and begin regardless of political will, that is, by a decision taken in the technical field. This is what has happened and it proves that there has been no intention or desire to favor anyone, “he defended.

And the reason why the works (whose cost was 28,000 euros) were not put out to public tender and processed in this way was, according to González, because, due to their characteristics, they consider that it was a minor works contract (less than 40,000 euros ) and number of services (15,000 euros). Something that the opposition does not see clear, as well as sowing doubts that two months after the work began, no councilor would miss that he had not signed the relevant contract.

However, the mayor, Carlos González, continues to rule out arbitrariness, bad faith or that there has been intentionality to evade the corresponding contractual procedure. His words, however, neither those offered by the municipal archaeologist nor the general administration technician who are involved in the work, have served to appease the criticism or suspicions of this controversy.

Also Read  Who was Ernest Johnson, the man who was executed in the US despite the fact that Pope Francis had asked for clemency for him

The Popular Party, which was the one that uncovered the lack of contract two weeks ago, opted first, to leave the board of spokespersons because it insisted that they draw up the minutes and that it be later ratified by the municipal groups. His spokesman, Pablo Ruz, dismissed the meeting as “paripé” and assured that very serious errors have been made, such as “a hypothetical documentary falsehood” for sending a document to the Official Gazette of the Province that proved that there was a contract and that it was a lie ” . He also accused the first mayor of acting in a “caciquil” way. Later, the mayor called the scared of the popular a “number”, an “excuse” and an “overacting”. The second, after leaving a municipal plenary session, reproached them for not wanting to listen to the technicians and assured that there will be minutes with “the most important”.

From Ciudadanos, Eva Crisol, called the call a “pantomime” and disfigured the government team “to avoid its responsibilities in the face of the negligent action of one of its councilors, since instead of debugging political responsibilities, it has used the department’s technicians, in specifically to the municipal archaeologist, currently acting, to hold him responsible for the mistakes made.

For her part, from Vox, her spokesperson Aurora Rodil also reprimanded the mayor of Culture, Marga Antón for “blaming the weakest link and throwing the ball to another councilor from her party.” He also assured that the data obtained “are very valuable for future actions.”

For the non-attached mayor, Eduardo García-Ontiveros, what happened is a “gaffe” and he said that the absence of bad faith, to which the mayor referred, “cannot cover the serious mistake made.”

Excavations will continue “in the right way”

The exhumations at the Old Cemetery will continue because they are not over yet. The mayor of Culture, Marga Antón, who paralyzed the works two months after they began due to the absence of the contract, assured that they will finish what remains “in the right way” and that they will still have a long way to go. After requesting the subsidy from the Ministry of Culture and the Federation of Municipalities and Provinces, the municipal intention is to identify the remains exhumed from the mass grave, although he assured that all have not yet been extracted and that they will have to continue. These works began in order to exhume 14 reprisals of the Franco regime. At the moment, the government team has not specified how the contract will be or when it will be executed.