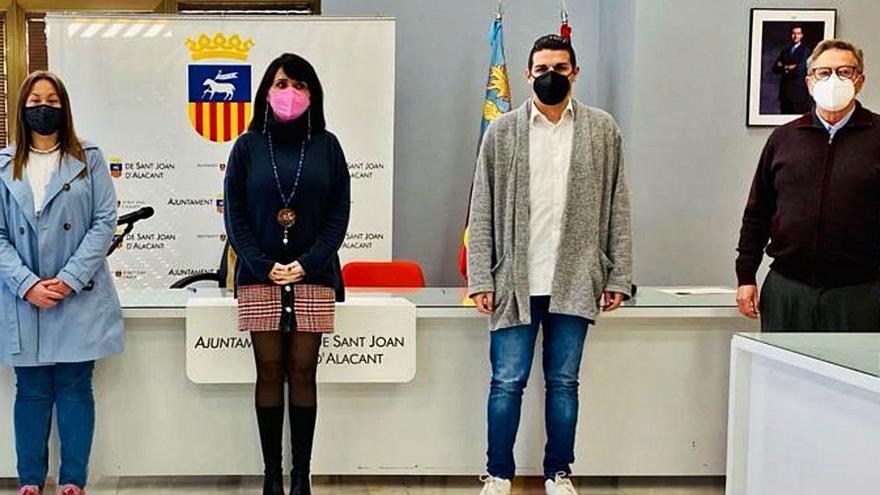 After the refusal to echo the poster, the controversy continued with the response of the Minister for Equality, Monica Oltra , who replied to the Sant Joan councilor saying that the poster refers to an iconic image of women’s empowerment from another poster from 1943.

For its part, the municipal group Compromís per Sant Joan called this action “censorship in an act of authoritarianism” and demanded the mayor “to put the common sense that is lacking in this public representative and to withdraw her powers immediately.”

The mayor’s reaction and response on Women’s Day was absent from the reading of the 8-M manifesto Monday summoned by the mayor of Equality in the City Council. For his part, Parra regretted the absence of the socialist group, and also of Vox, considering that in the fight for equality all the groups that are part of the consistory should be united.

«We would have liked the entire Corporation to have been present because the fight for equality must be a common and shared objective, outside of partisanship, “said the councilor after reading the manifesto for Women’s Day, which had been agreed in the past in full with all municipal groups, PSOE, Cs, PP, Compromís, Podemos and the only opposition from the municipal group of Vox.

As a result of these statements and the situation generated since the end of the week, the mayor has left in the air the possibility of taking measures and a decision, without clearing up doubts about his decision, calling on the different meetings that he believes should now be due. to summon to deal with what happened. «The councilor unilaterally decided to confront the City Council with the Valencian government. It cannot be that he starts a war with the Consell, and even less without telling us. We are the majority group. Now a process of reflection is beginning ”, declares the first mayor.

Albero first summons a meeting of the socialist municipal group and also recognizes that they should address this situation together with his partner, something that, he says, should be done after the plenary session to be held next Friday, March 26.

From the Citizens group they try to get away from the controversy and its spokesperson, Santiago Roman, he claims not to be aware of the discomfort expressed by the mayor. Nor is he aware of the decision to open a “period of reflection” motivated by his differences.

However, there are several disagreements that are occurring between government partners and their conflicting opinions.

The municipal group of Vox has presented an administrative contentious appeal against the Sant Joan City Council for using Valencian during the plenary session on February 19. They warn that their right to political participation has been violated. They denounce that the interventions of the councilors were not translated or addressed to the mayor of Vox in Spanish, despite the fact that he warned that he does not know the language. And they ask that the translated motions be delivered to them, at the same time that the mayor addresses the mayor, German Gem, in Spanish.

The mayor, for his part, has issued a statement in Valencian where he warns that the organic and operational regulations of the City Council include the possibility of using both languages. And he accuses the “ultra-right group of polluting the affairs of the plenary with something that has already been overcome.” “All citizens have the right to express themselves in Valencian at any meeting,” he explains and also recalls that both languages ​​are used normally in the City Council. And recently they have bought a simultaneous translator. For its part, the Compromís group, very critical, warns that it is going to appear in the cause “in defense of the Valencian.”