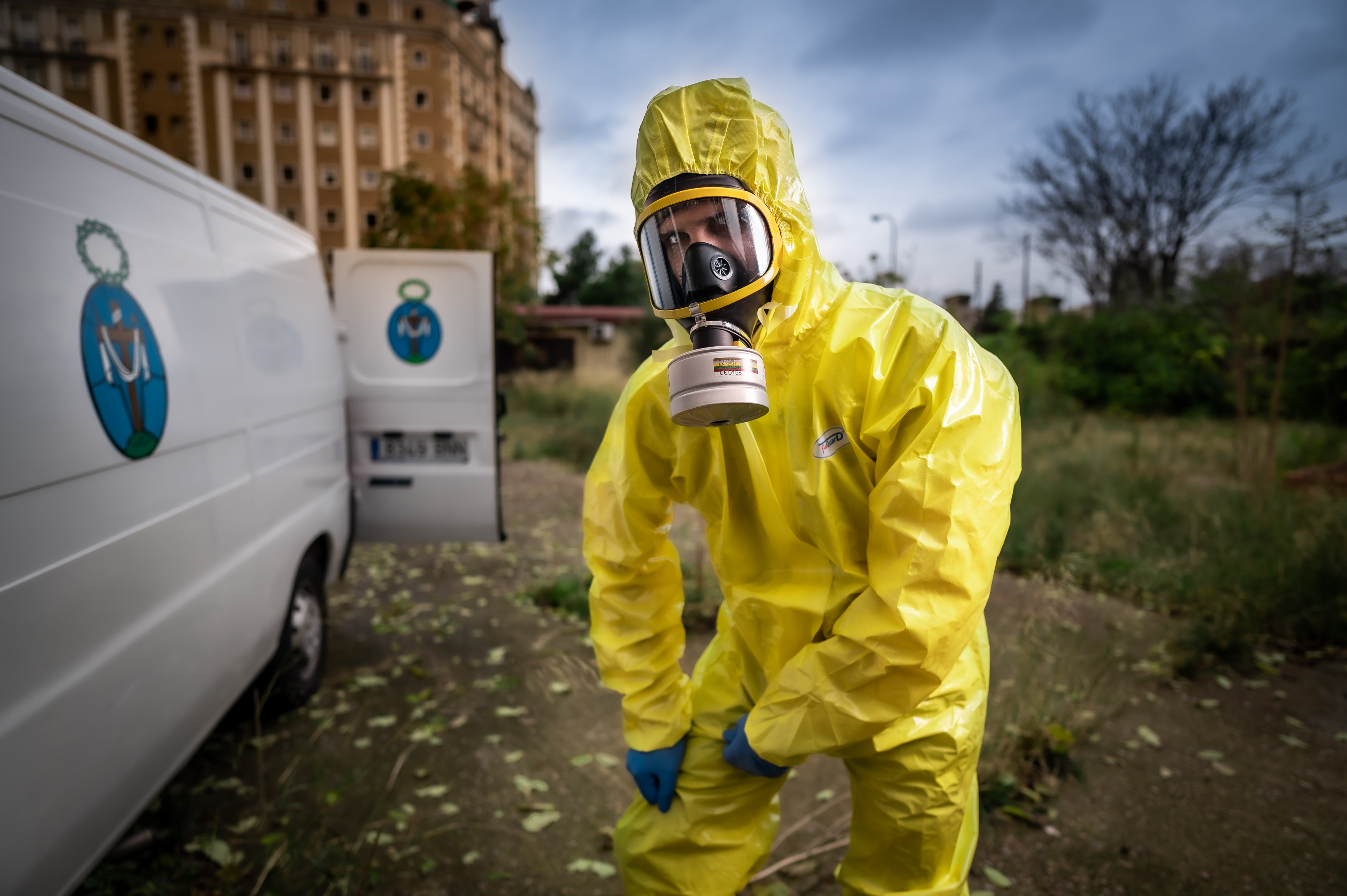 Ignacio Giménez will never forget the first time he picked up a corpse. “The feeling of touching those cold ankles …”, he recalls. It was that of a woman run over, she was cleaning houses and was returning from her work day when a car took her by. Giménez carries out this work as a volunteer along with 46 others brothers. He is president of the Brotherhood of the Blood of Christ, a brotherhood dedicated since the Middle Ages to taking care of corpses and accompanying families in Zaragoza. Now they are the ones who get the call from the police when there is a homicide, a traffic accident, a suicide or an abandoned person. About 500 deaths a year. In 2020 they expanded their services to those killed by covid, because funeral homes could not cope.

“Not everyone can do this work, there is a trial period and if we see that the person is not prepared, sometimes we do not allow him to enter the room where the deceased is,” explains Nacho Navarro, 33, one of the younger members of the brotherhood. “For example, when you have to go to the scene of a violent crime, you have to be very careful not to modify anything that could affect the investigation,” he says. Members are admitted by secret ballot with a kind of black and white marbles. The origin of this brotherhood dates back to the Middle Ages: the first references appear in some writings from the 13th century. “It is related to the expansion of the Franciscans in the Crown of Aragon. Since the seventeenth century they have the privilege of lifting corpses in distress. They also brought the last supper to the executed and sometimes they were in charge of dismembering the body and placing the parts in the area where they had committed the crime, ”says José Luis Gómez Urdáñez, professor of History at the University of La Rioja and author of a book about this brotherhood.

Also Read  Judge revokes his own decision and declares a rapist not guilty; argues that 148 days in jail is 'enough punishment'

That is the past. What they have had to live in the present is a pandemic. In March they were put at the service of hospitals to carry out the transfer from the health centers to the forensic anatomy or to the cemetery, something that in general does not fall within their powers. “In February, when we saw what was coming, we started to stock up on protective equipment,” says Navarro. They bought NBC suits (the highest protection) and full face masks with respirators, which they wear with wellies and double gloves. They also took a course with the Civil Guard to learn how to remove their equipment without getting infected.

His task is to take care of the corpses in whose collection the judge intervenes for some reason. Good because they are abandoned, because the cause of death is not clear, because they are involved in a violent crime … But this year, the operation that was established between the hospitals, the autonomous government and the City Council involved them in the transport of bodies that normally they do not correspond: that of the morgues. Since the body collection competence was transferred to the autonomous governments, the brotherhood has an agreement with that of Aragon, and also receives a subsidy from the City Council for the cost of its van, disinfection and the salary of the driver and orderly. Also enter money from donations. “This year expenses have exploded. Protective suits went from cost 1.80 to 49 euros, ”says Navarro.

A new step was added to his meticulous protocol this year: putting a mask on the deceased. “What kills is ignorance and even so I keep going with fear”, Navarro admits. They transported 10 bodies a day and recall that the Aragon Institute of Legal Anatomy had to set up a new chamber in April. “We set up our own eight-hour watches. The toilets gave us an example of the disaster at the Biescas campsite, they told us that we had to rest every day because if not, it is impossible to get it out of your head, ”says Navarro.

The bodies they collect relate reality. The one now is a virus. “In the eighties and nineties it was rare the week that you did not pick up deaths from heroin. In the 2000s we have seen a lot of gender violence. With the crisis of 2008 we remember many suicides. In recent years, we have witnessed much death alone. Do you know who is the first to notice the absence? The one at the bar, ”says Giménez. “You know the city through death. You can enter a huge house on the best street in Zaragoza, and you find yourself inside someone who has died with Diogenes syndrome. You realize how far the human being can go ”, adds Navarro. They have also witnessed the tragedies in the city, including the ETA attacks.

Their dead are those left by history, from those charred by the Inquisition, to those sentenced to a vile stick. “The brotherhood did not stop acting in periods as important as the Civil War,” says Professor Gómez Urdáñez, who spent several months diving among the centenary documents of this brotherhood. He did it sitting next to the room in which they meet today. A room adorned with tiles with skulls, Baroque paintings and portraits of the former older brothers. “They lifted the corpses with a shot in the gutter or on the wall of the cemetery and wrote them down with very detailed descriptions. For example: 22 years old, white trousers, in his pockets he has three pesetas and a pack of cigarettes ”.

After the first corpse of the older brother, Ignacio Giménez, more than 500 have reached him in 30 years of volunteer work. Many nights when he stayed with his friends or girls and had to leave because they called to pick up a deceased. “I tell my wife: the day I get used to this, I’ll quit.”