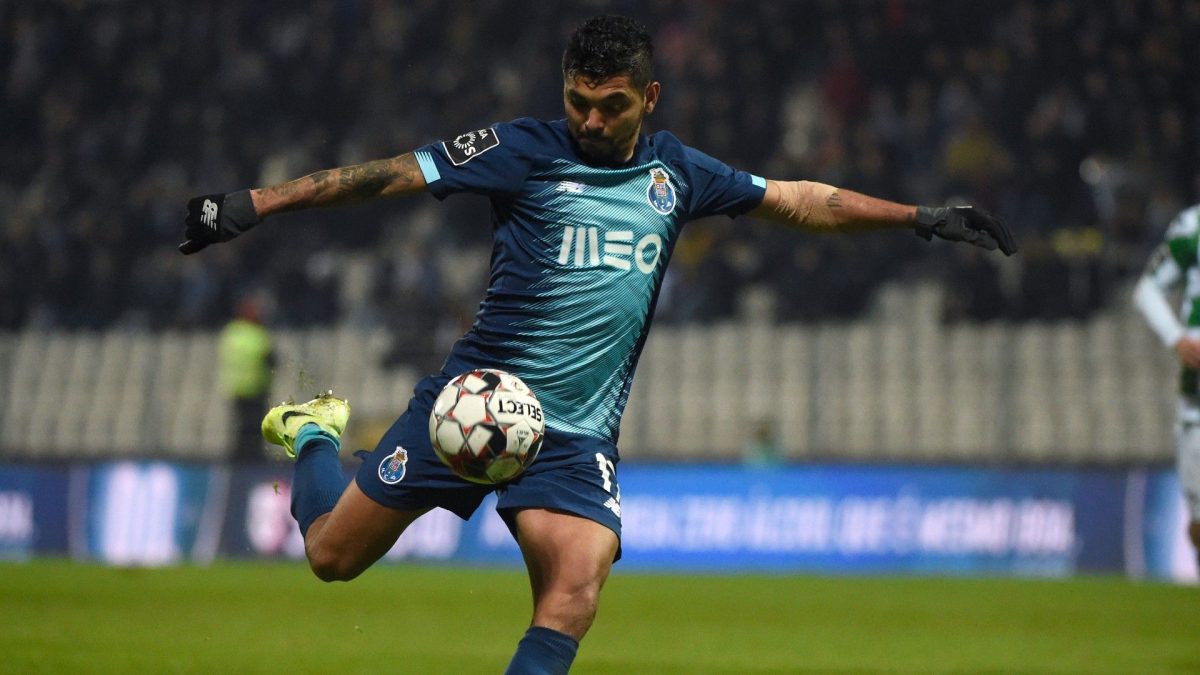 The Mexican right interior Jesus ‘Tecatito’ Crown assured this Friday, after announcing his signing for Sevilla, to which he arrives from Porto, and training under Julen Lopetegui, who already directed him during his time with the Portuguese team, that he is “fulfilling a dream of being able to play in this league.”

“These last days I have been anxious because I wanted to be part of this team. I’ve been talking to some colleagues, family, etc… and seeing what the best option was, whether to stay a little longer or come, but I was very excited and that’s why I’m here,” said the Mexican in statements to the Sevilla media.

Tecatito Corona pointed out that “it is a dream that you have had since you were a child to play in Europe” and that “now it is time to continue working to continue meeting objectives”, in addition to revealing that Sevilla’s interest “comes from some time”.

“My football has been more about being an assistant and giving game. I would like to score more goals as I continue to attend”, highlighted Corona, who reported that his first hours in the Andalusian capital were “very exciting” because they have given him “a very positive reception” that will help him “fit in faster”.

The Mexican explained the reason for his nickname and said that “in Monterrey they had Tecate -brewery- as a sponsor” and that with his last name, “Corona -another brand of beer-, they began to joke” that it could not be called that. , “that a solution had to be found”. “Ente joke and joke remained Tecate, Tecatito”, he highlighted.

The interior commented on his departure from Porto, where he has been for six and a half seasons, and his arrival at Sevilla, and stated that he has already had time to train and meet the new teammates, and recalled that Óliver Torres already shared a dressing room with him in the Portuguese team.

In this sense, he referred to Lopetegui, a coach with whom he also coincided for a few months during his time at Porto, and revealed that the Basque coach told him that “I really wanted him to come” and that he replied that “it was mutual ” the desire

“I feel lucky that a coach with that quality has been interested in me for a long time, at Porto and here. Apart from pressure, it fills me with strength and motivation to show him that he chose the best option”, he stressed.

Asked about the Copa del Rey derby against Betis that will be played on Saturday at the Benito Villamarín stadium, he replied that he is “to play” if Lopetegui considers it and that he is “anxious and excited” to be in Seville.

“I also know what is at stake tomorrow. We will be there strong. Oliver told me that the derby is crazy. The atmosphere, everything, which I’m going to like because we live something similar there with derbies. You motivated yourself and it made you anxious, it made you happy and you were content,” he said.

Tecatito Corona, who sets himself “the challenge of demonstrating” what he has learned in recent years and with the Mexican team, turned 29 on January 6 and has signed a contract until 2025.