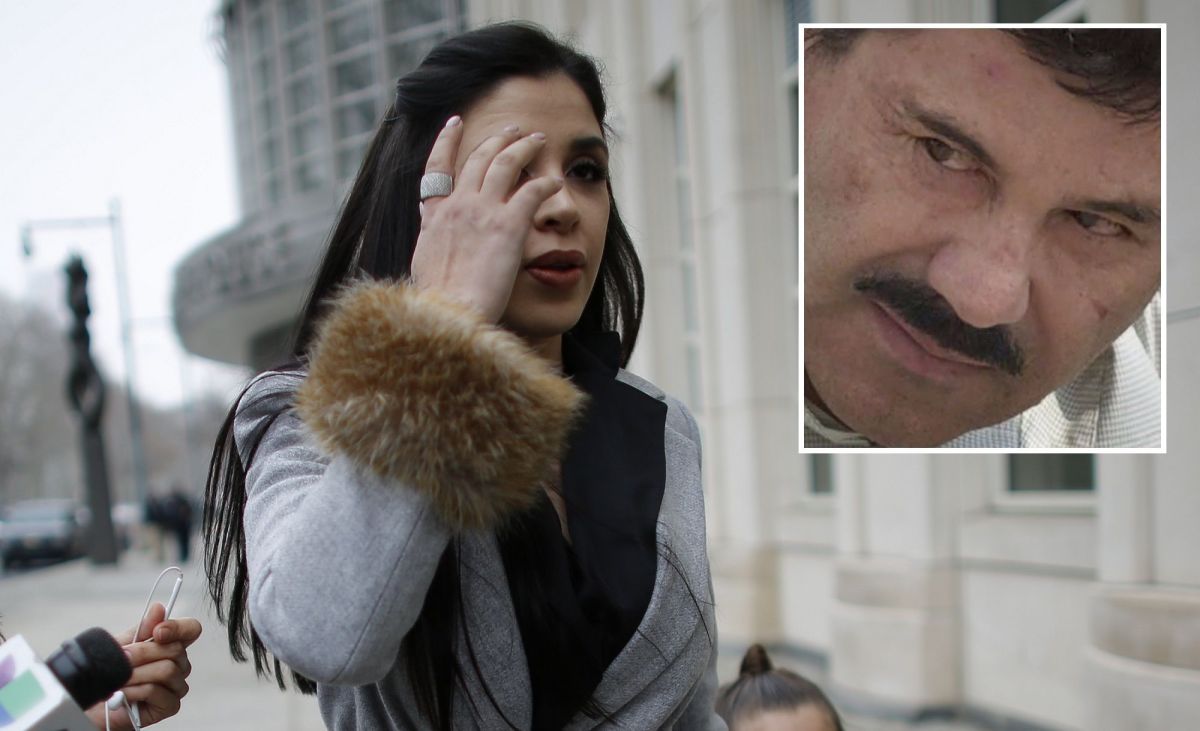 At least four million dollars helped deliver Emma Coronel, wife Joaquín “El Chapo” Guzmán Loera, so that her husband would have “better conditions” in prisons in Mexico and, eventually, manage to escape.

Although the Mexican-American is not accused of helping her husband escape in 2015 from the prison of Altiplano, Mexico, the events related to that escape are a substantial part of the criminal structure described by federal prosecutors, which were established in a document of 12 pages signed by Coronel and his lawyers, Jeffrey Litchman Y Mariel Colon.

The document, titled “Statement of facts”, details the scheme that led to the accusations against Coronel, including the conspiracy of drug trafficking and money laundering.

It is further indicated that Colonel maintained control of various assets belonging to her husband Guzmán Loera, all from 2007 to February 22, 2021, According to. There are no amounts for those properties (homes, businesses, or other belongings).

It also details how the former beauty queen helped her husband in different schemes to facilitate the trafficking of heroin, cocaine, marijuana and methamphetamines.

During his stay in the Altiplano prison, from where he escaped in 2015, Guzmán Loera wrote several letters to his wife and former partner, Dámasao López Nuñez, alias “El Lic”, to coordinate their escape.

“Following Guzmán Loera’s visit to the Altiplano, the defendant also met with a subject known as Cleto,” indicates the report on a person whose name was not identified. “Guzmán told the defendant that Cleto had money that belonged to him. The defendant knew that the money that Cleto had was money obtained illegally from the sale of heroin, which was eventually imported into the United States. “

Prosecutors say Coronel received five deliveries of money to add up to an initial $ 1 million., which was used to pay prison staff.

“Through intermediaries, the defendant gave part of the money … to staff at the Altiplano prison in an effort to agree on favorable conditions for Guzmán and facilitate his escape.”

Coronel, it is indicated, also helped transfer money to a subject located as “Lazaro”, to buy land near the Altiplano prison, from where the tunnel that reached Guzmán Loera’s cell was built. The amounts paid to the guards are not specified.

In his last arrest, Guzmán Loera was sent to a prison in Ciudad Juárez, Chihuahua, in northern Mexico and again Coronel would help to forge an escape scheme.

“The defendant also participated in a similar scheme during Guzmán’s last arrest, in order to create favorable conditions for him and his eventual escape,” the document indicates. “She gave a ‘Co-conspirator’ close to a million dollars.”

Part of the plan was for “El Chapo” to be returned to the Altiplano prison, for which Coronel would have helped deliver $ 2 million. That plan did not materialize. Guzmán Loera was extradited to the United States in 2017.

On September 15, Coronel will receive the sentence for three accusations against him, which could be separate, but at least he would face 10 years in prison. He is currently in a jail in Virginia.