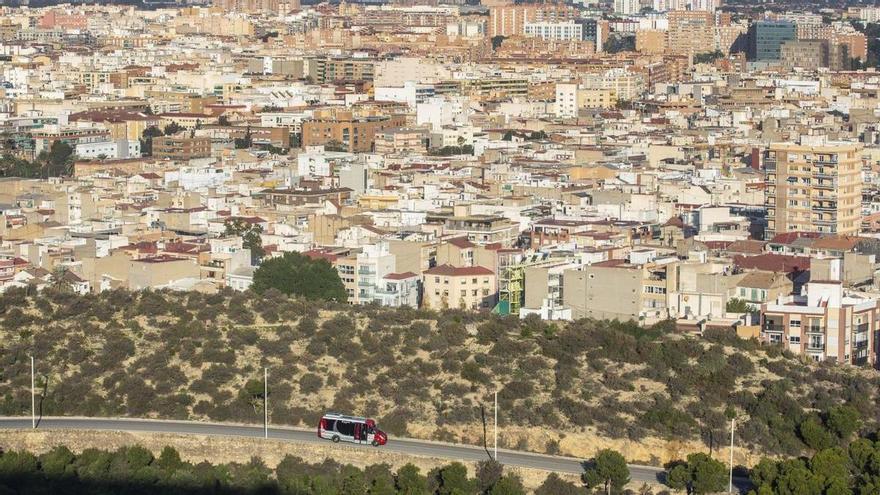 The regular transport line between Provincial Archaeological Museum (MARQ) and the Castle of Santa Bárbara de Alicante is already in service with a 20 minute frequency as an alternative to walking up to the most visited monument in Alicante Y Asset of Cultural Interest (BIC). The service is provided with microbuses as a normal line integrated into the urban system, so the ticket to use the shuttles costs the same as the single bus and TRAM (1,45 euros). Allows you to transfer with other bus lines and tram within one hour and the various existing vouchers can be used to travel on them.

Travelers in one of the first shuttles that departed from the stop in front of the MARQ. | ALEX DOMÍNGUEZ

The first day of this highly demanded service was marked by the low number of passengers since its implementation is not yet fully known, so many people continued to walk up the access road from Vázquez de Mella; and for some complaints related to the fact that the stop in Plaza Doctor Gómez Ulla, in front of the MARQ, had been signaled just half an hour before the first minibus left. These vehicles have a capacity of 24 passengers, of which 14 are seated and 10 are standing. Today it is planned that the Councilor for Transport, Manuel Villar, and the director of Masatusa, Juan Antonio Martí, will carry out a presentation tour of the new regular line, which will have winter hours, from October 1 to March 31, from 10 to 20 hours; and in summer, from April 1 to September 30, which is extended from 10 am to 10 pm. In this way, the commitment of the bipartite government (PP and Cs) to start up the shuttles for Christmas is fulfilled.

The initial frequency of the 20-minute minibuses may be reinforced with the arrival of cruise ships in the city, increasing the number of vehicles to two to connect the stops every seven minutes. According to the City Council, in the event of holding events, such as congresses or meetings with a large influx of people, it is expected that up to five minibuses can operate, which will improve frequencies with passage every three or four minutes. In exceptional cases and with the express municipal authorization, larger vehicles could be chartered to meet high demand needs on time. The new regular line will be served within the municipal contract for collective passenger transport by bus in Alicante by the concession company Masatusa. The cost of the new service is estimated at 167,408.89 euros per year. This line of public transport is complemented by the elevators from the Postiguet beach to facilitate accessibility to the fortress, after access to the bastion for vehicles has been prohibited to preserve its conservation.

The demand for the shuttles was reactivated at the end of summer with the return of the cruise ships and the rise of hundreds of tourists on foot to the Castle by road as there were no buses and private vehicles could not get on. The elevator was also out of service for months as an anticovid measure.