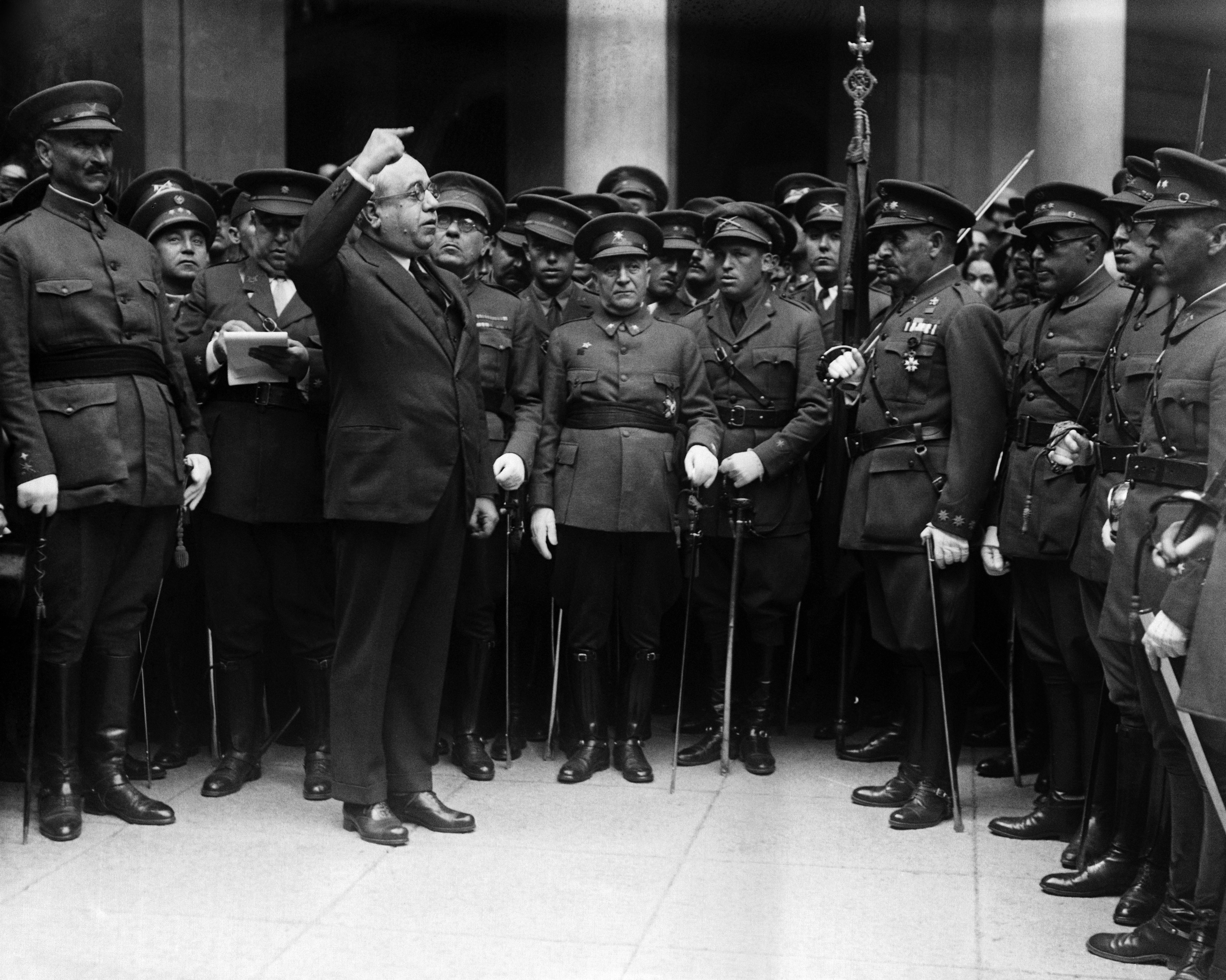 The historian Ángel Viñas (Madrid, 80 years old) saves in his new book a few of the characters, on the right and on the left, who marked the history of Spain during the months prior to the attempted coup of July 18, 1936 that it degenerated into civil war. Some for conspirators against the legal regime and others for their ineffectiveness in drowning out the obvious noise of sabers. The work is titled The great mistake of the Republic (Review). Viñas, emeritus professor at the Complutense University of Madrid, says, by phone, that his new work – he has published about twenty history books since 1974 – “is the product of the pandemic.” He gave him just enough time to “see papers” until shortly before the confinement and wrote it during the confinement. With this publication he also celebrates his birthday.

What are those papers that you consulted? Viñas acknowledges that he has prepared a “complicated, but analytical account, with documents from the Government of the Republic that reflected the information he received about what was happening in the barracks.” Also, reports that the French and English ambassadors in Madrid sent to their countries on the runrún of the military, and then those that the historian considers fundamental for this work, those of the Ávila Military Archive on the Spanish Military Union (UME), the Clandestine association of chiefs and officers founded in August 1934, after the Army reforms carried out by Manuel Azaña as Minister of War.

At the UME were some of the leaders of the future uprising, who circulated “propaganda documents to brainwash other soldiers and distribute them in the barracks.” “The UME will not limit itself to using force against traitors to Spain […] It will sweep away those who encourage them from the government ”, proclaimed one of its leaflets. The central message, accentuated after the triumph of the left in the February 1936 elections, is that in Spain they wanted to introduce a communist revolution by force and that it had to be avoided. Even some pamphlet warns that “the Hebrews expelled from the Peninsula by the Catholic Monarchs who have preserved the hope of revenge” were going to participate in the annihilation of the country. Against this agitation, amplified, Viñas emphasizes, by newspapers such as Abc, there was no strong reply from the Government. Among the annexes to the book is a list of almost 2,000 members of the UME.

A spy in the EMU

The General Directorate of Security (DGS), dependent on the Ministry of the Interior, managed to “get a spy into the leadership of the UME, so the Government knew what was happening, but Azaña, already as president of the Council of Ministers, it was uploaded in February 36 to the DGS team ”. Why? That spy, who acted under the pseudonym Manrique, had reported in 1935 that the UME was “divided between those who already want to carry out the coup, such as General Manuel Goded [que será condenado por rebelión y fusilado el 12 de agosto de 1936] and those who don’t, like Franco ”. The French ambassador transmitted to Paris a conversation with Azana, the newly appointed President of the Government: “The alleged agitation of the military consists of nothing but coffee talks between royalist officials. […]”, He assured the diplomat. In the two months prior to the uprising, Azaña received several generals, including some of the coup leaders, who assured him one by one his loyalty to the Republic. “They mislead him.”

In addition, the Ministry of War “had a special information service on what was happening, but in the spring of 36 it stopped providing data, why were no measures taken?” Viñas wonders about these “barely understandable inactions.” . The historian also points out a factor, according to him, fundamental: “The vigilance of the conspirators was put to rest on the civil governors”, who had no means to do so. His conclusion is that “the duty to prevent the assault on legality was not fulfilled.” Along with Azaña, the other name on which he charges the inks is Santiago Casares Quiroga, head of the Government when the rebellion took place. “The innocence of the republican rulers is comparable to that of the British leaders” when they believed that Hitler would not provoke a European war.

In defense of the republican leaders, there were also issues that they were unaware of, “such as the connection of the conspirators with fascist Italy, a support forged by the monarchists, who practically since the fall of Alfonso XIII have planned the restoration with the help of Mussolini.” “In the archives of Rome I saw the interview of [Antonio] Goicoechea, the number two of [José] Calvo Sotelo in the monarchical Spanish Renovation party with Mussolini, in October 1935. He tells him that if the left win the elections, they will rise up. Italy just needed to have a free hand for the war in Abyssinia ”, which happened in May 1936.

“The alleged agitation of the military consists of nothing but coffee talks,” Azaña told the French ambassador.

Thus, Viñas draws the three tentacles of the coup: the royalist, the fascist and the military, and affects the first. “The monarchists were behind the EMU. What happened is that they were divided between those who wanted restoration in the person of Alfonso XIII, who clearly knew about the conspiracy, or in his son, Don Juan ”. The relationship of the monarchists with the other leg, the Falange, “was to finance gunmen to commit attacks and provoke.” Regarding the theses that defend a great violence by extremists of the right and left in the spring of 1936, he responds: “Of course there were deaths, but the majority were from the left, in clashes with the forces of public order and in southern Spain, because there was the desperation of hunger ”. After the war, the vision of the events was imposed from the perspective that Franco himself wrote, not without cynicism: “We saved the nation and with it the Republic; but she mistrusted us. Worthy people did not fit in it ”.