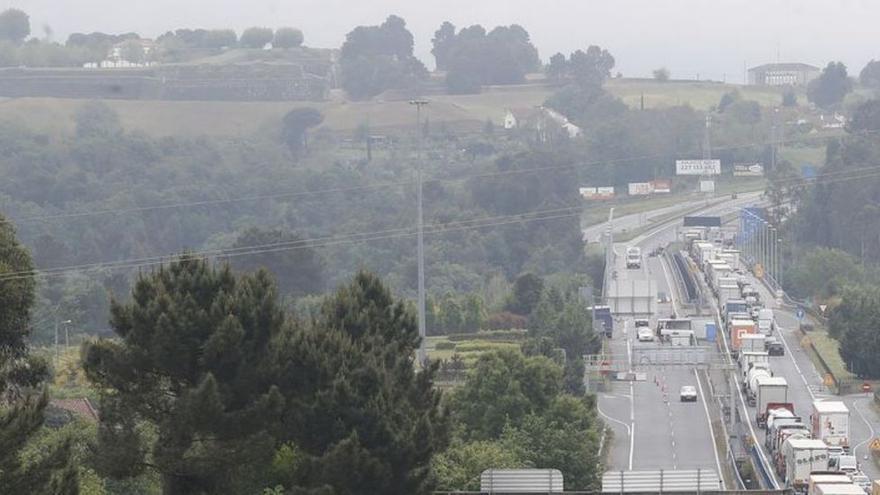 Today the restrictions come into force in Portugal to face the sixth wave of the pandemic and among them are the limitations to cross the border. Yesterday was a hectic day precisely because of the different versions offered by the Portuguese Government regarding the limitations to cross by land into Portuguese territory. What seems clearer are the groups on which an exception falls and that will be able to cross the “raia” freely simply with the vaccination certificate and without having to carry out an antigen test or a PCR that demonstrates that they are not passing the COVID. Among these exceptions are cross-border workers, those who carry out a regular professional activity up to 30 kilometers from the border. The services of essential services are also exempted: transportation, emergencies, security and emergencies. But the great doubt that this raises in local administrations is how a worker can identify himself as such to be able to freely cross the border. “In the end it will depend on the will of the Republican National Guard patrol that is carrying out the control at that time,” they point out from the Río Minho EGTC.

They will also get rid of having to present tests -if it is PCR is valid for 72 hours before entry, if it is for antigens 48 hours and the self-tests do not work– those under 12 years of age and those who have a COVID certificate in the recovery mode, that is, those who have had the disease in the previous 180 days.

But, what happens to those people who are neither cross-border workers nor under the age of twelve? Well here is the big question. Because the level of risk of contagion in the autonomous community from which the drivers comeAnd if you are at high risk, as the Portuguese authorities seem to consider that Galicia is, you would need an antigen test or a PCR test to cross into the Portuguese country. But according to the different publications that were sent by both the Portuguese and Spanish executive, the previous limits set up to two weeks ago are being taken into account to determine the risk levels, instead of the one in force and according to which Galicia and Spain They would be in the medium level, so in theory they would not enter into those restrictions.

The lack of clarity means that if when crossing the “raia” the Republican National Guard or the Foreigners and Borders Service detects a foreigner without the negative test, in the first instance, they will be offered the possibility of taking the test, at the expense of each citizen, in a place to be indicated by the local health authority. This point will be a maximum of 30 kilometers from the place where the control was carried out. If the person refuses to take the test, they are exposed to a fine of between 300 and 800 euros. If he accepts it and tests positive, that citizen remains under mandatory confinement “in a health center, at home or, if this is not possible, in another place defined by the competent authorities.”