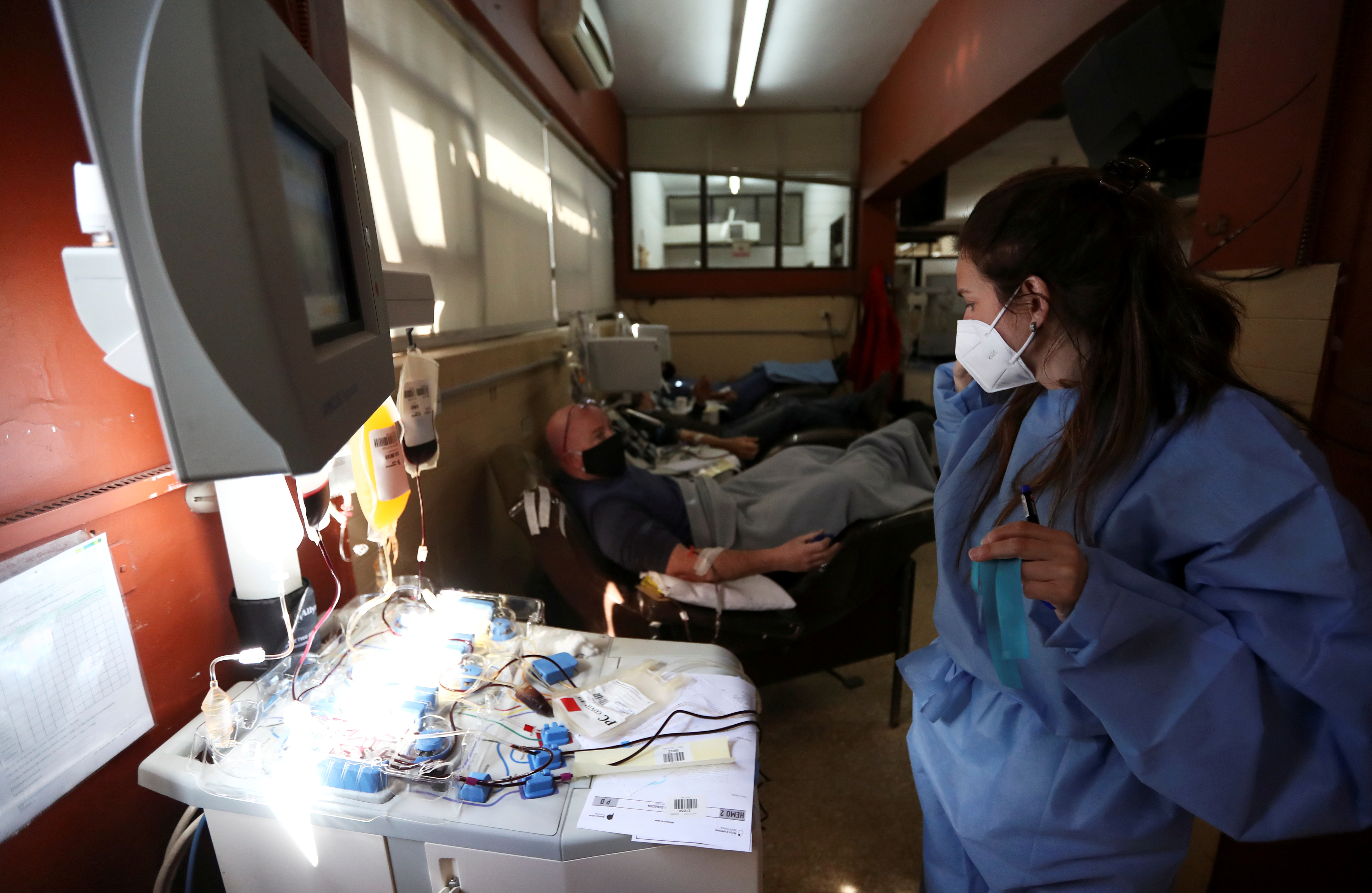 This memorable phrase is from a Nobel Prize winner: “Laziness is the mother of good science. Creativity arises in moments when you have nothing to do ”. In one of these breaks from daily obligations, the Argentine scientist César Milstein, author of the phrase, it occurred to him to fuse a cancer cell – immortal and rampant – with a modest white blood cell that produces antibodies, the defenses of the human body. The result was a Frankenstein wonderful, a kind of super white blood cell that was capable of generating defensive proteins non-stop. Milstein and a colleague, the German Georges Koehler, they had invented antibody factories. In 1984 they won hence the Nobel Prize in Medicine.

That outburst of creativity is today the basis of a revolution. His technique for obtaining highly specific antibodies – called monoclonal antibodies – inaugurated a new front in the war against disease. Seven of the 10 medications The biggest sales last year were monoclonal antibodies, such as trastuzumab, which survival has increased of people with very aggressive breast tumors. And with the most promising experimental drugs against the coronavirus having failed to date, everyone is now looking to monoclonal antibodies. The US president, Donald Trump, has already won the battle by overcoming the covid after receiving an experimental cocktail of these antibodies. “We have the cure”, proclaimed October 11. This is how the last great hope to stop the pandemic works:

The 75-year-old Spanish virologist Luis Enjuanes perfectly remembers the day he returned to Spain after spending five years working at the US National Institutes of Health. He landed in Madrid on April 1, 1980, with the Argentine’s new technology Cesar Milstein under his arm. “I was the first to make monoclonal antibodies in Spain that I know of,” recalls Enjuanes. 40 years ago he developed them against the African swine fever virus and now leads the Spanish participation in the European project Manco, which looks for effective monoclonal antibodies against the new coronavirus.

“After the first quarter of 2021, clinical trials in humans will begin, if everything has gone perfectly,” explains Enjuanes, from the National Center for Biotechnology (CSIC), in Madrid. In the coming weeks, monoclonal antibodies developed by a team from Erasmus University in Rotterdam (The Netherlands). The Enjuanes group will test whether they work in humanized mice infected with the coronavirus. “It is a hyper-accelerated project”, sums up the virologist.

The European initiative, however, is months behind the two US companies leading the race: Regeneron and Eli Lilly. The drug Trump tested is a cocktail of two antibodies: one obtained from genetically modified mice and one extracted from a patient. The US president proclaims that Regeneron’s experimental drug is “the cure” for COVID, but its safety and efficacy have not yet been proven in a large trial. Oxford University he’s been testing it since September in 2,000 patients.

Success will not be easy nor is it guaranteed. On October 13, the US health authorities temporarily suspended a trial in about 300 hospitalized patients treated with bamlanivimab, a monoclonal antibody from Eli Lilly, after detecting a possible safety problem that is being investigated. As with the experimental covid vaccines, scientists are compressing the routine work of more than a decade into a few months. Enjuanes, despite everything, is optimistic: “Surely monoclonal antibodies arrive earlier than vaccines.”

The virologist Isabel Sola, also from the CSIC, believes that the demand for monoclonal antibodies will be so great that there will be room for many manufacturers. “A single company will not be able to supply all the necessary volume of product,” says Sola. Regeneron calculates that it could have doses for 300,000 people in the coming months, but every day they are confirmed precisely 300,000 new cases in the world. At-risk groups in rich countries, such as the elderly and obese people, could be the main beneficiaries.

Shortages can skyrocket the prices of already extremely expensive drugs. The annual price of a monoclonal antibody treatment for a person with cancer in the United States is around $ 143,000, although those developed for infectious diseases mysteriously cost much less, about $ 30,000, according to a 2018 study from the University of Pittsburgh. Argentine scientist César Milstein, who died in 2002, already regretted this speculation in his time. “I am appalled at the prices they are charging for some of these tumor cell targeting monoclonal antibodies. I know very well how much it costs to develop them. What they charge is outrageous, “he said in an interview included in the documentary A little fire. César Milstein’s story (2010).

The price of these treatments makes them inaccessible to most patients who need them most. A recent Wellcome Trust charity report sets a dramatic example: 99% of deaths from infant pneumonia caused by respiratory syncytial virus occur in low- and middle-income countries, but 99% of Synagis sales – a preventive monoclonal antibody treatment developed by a subsidiary company of the British pharmaceutical AstraZeneca – focus on Europe and the US Virologist Luis Enjuanes believes that “prices can be greatly reduced by scaling up to produce large quantities” of monoclonal antibodies against covid.

In addition to Regeneron, Eli Lilly and the Manco project, many scientific groups are looking for monoclonal antibodies against the new coronavirus. The Wellcome Trust estimates that there are at least 70 experimental treatments Developing. One of these groups is the biologist Laia Fernandez at the August Pi i Sunyer Biomedical Research Institute (Idibaps), in Barcelona. His team does not use mice, but instead looks for superantibodies in the blood serum of half a thousand people who have already overcome COVID. Fernández, still without industrial partners, hopes to have a cocktail of four or five very powerful antibodies against the new coronavirus in the next two months.

The structural biologist Ines Muñoz and the immunologist Luis Alvarez-Vallina they want to go one step further. His teams do not use mice or blood serum from patients, but instead study the interaction between viruses and human cells on an atomic scale, with the goal of designing “synthetic antibodies” that block infection. If the technology of monoclonal antibodies takes advantage of and multiplies the successful tricks of living beings, Muñoz and Álvarez-Vallina want to overcome nature.

Its objective is very ambitious: to generate artificial antibodies in two years that are capable of neutralizing the current SARS-CoV-2 virus, but also other coronaviruses that jump from animals to humans in the coming years. “They could be extremely useful in the face of future epidemic outbreaks,” says Álvarez-Vallina, from the 12 de Octubre hospital in Madrid. The researcher talks about achieving “global immunity” against different coronaviruses. Regarding the price of this strategy, Muñoz, from the National Cancer Research Center (CNIO), is pragmatic: “The most important thing is that it works. Then the process can be improved to reduce the cost as much as possible ”.

When the Argentine César Milstein and the German Georges Köhler published their discovery of monoclonal antibodies in the magazine NatureIn 1975, they added a final observation after much discussion: “It could be of value for medical and industrial use.” They were about to delete the phrase at the last moment. To Milstein it seemed to him demasiado “presumptuous”.