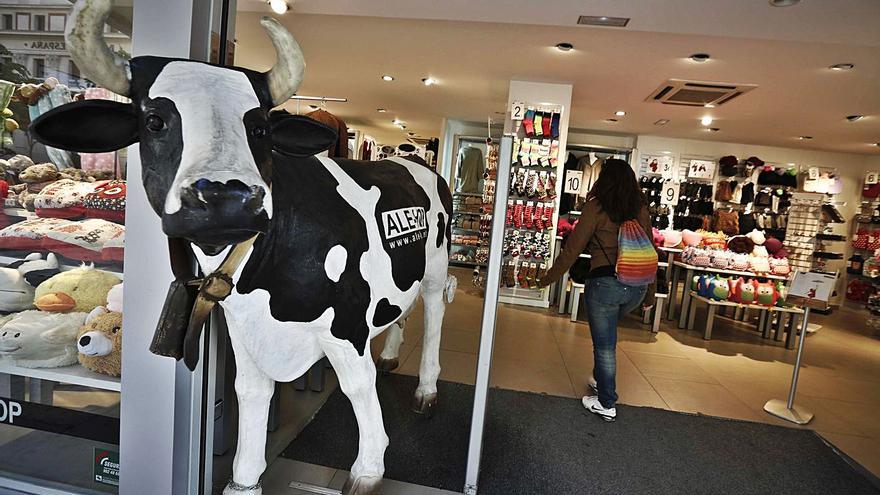 Behind the enormous growth experienced in recent years and that has led it to be one of the most recognized brands in the province, the Ale-Hop chain of stores already reaches a minimum value of 148 million euros. At least that is the price that has been given to the shares of Clave Denia – the firm behind the popular brand of the cow – to transfer them to the holding company in which their owners, the Grimalt family, They have decided to group their businesses within the corporate reorganization process that they have undertaken. A step that all family-owned companies usually take when they reach a certain size to facilitate their continuity, and which also includes the incorporation of external executives to professionalize their management.

The firm chosen to act as head of the group is Ale-Hop Grimalt SL, which has just carried out a capital increase for the aforementioned amount of almost 148 million euros to take over the titles of its now subsidiary. A movement that yesterday appeared in the Official Gazette of the Mercantile Registry.

The corporate reorganization is also accompanied by changes in the governance model of the business group, qIt is now based on a council – made up of family members, an external advisor and the first worker the company had – and a management committee, which includes seven executives, in addition to family members.

The company indicates that the objective of these changes is “to improve management, professionalizing the company without losing the essence of a family business and ensuring its duration.”

Despite the impact that the pandemic had on the business last year, which the company itself recognizes was especially significant as it depended a large part of its sales on tourism, the firm has not backed down in its expansion plans. Its policy of financing itself and not resorting to external indebtedness has allowed it to endure the rate and even expand its network, taking advantage of the opportunities offered by the withdrawal of other brands. An example of this is his recent opening on Avenida de Maisonnave in Alicante. In total, during the last year, the firm has opened ten establishments, so it already has 218 spread across Spain and Portugal.

In addition, for this 2021 the firm contemplates another eight openings, in enclaves such as Menorca, Marbella, Seville or Estepona, in addition to various locations in the neighboring country. Of course, an expansion that they want to carry out “very cautiously”

Among the milestones of last year is also the launch of its online store, a step that they recognize that they accelerated due to the outbreak of the pandemic and the restrictions that physical stores suffered. Although the business figures that it contributes are still modest, electronic commerce has allowed them to enter through this channel in several international markets where they were not present, such as France, Germany, Italy, Austria, Belgium, the Netherlands or Luxembourg, according to the director of the company and one of the founder’s sons, Darío Grimalt. Clave Denia had a turnover of more than 140 million in 2019, the year in which it earned 30.4 million.