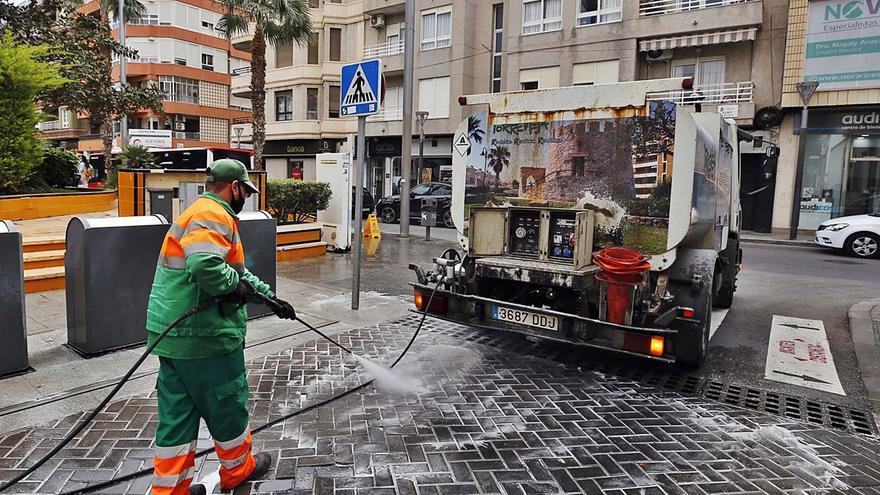 In the document signed on November 2 to which INFORMATION has had access (not disclosed by the local government), López indicates that The current tender, paralyzed before opening the financial tenders, should be unblocked and awarded. He estimates that the annual fee of 25 million could also be lowered later, in response to the warnings of the controller about a foreseeable decrease in income in 2021, which could compromise the financing of essential public services. It was this reduction in income that prompted the possibility of creating the announced joint venture as a cost saving measure.

However, this report was followed by another one dated last Thursday and signed by Víctor Costa, general director of Urban Planning and Services. In it he shares only in part the analysis of the chief legal advisor, and now discarding the joint venture, he asks for a clean slate: that the current tender be annulled, that a new award procedure be started starting from scratch, and that in this new award Only the cheapest offer is valued, without further value judgments when deciding which company takes the lead (466 million euros for a period of 15 years).

Two directors, two reports, and an unsolved contract. In principle, Mayor Eduardo Dolón should meet the criteria of the Director of Legal Services , his is the competence to resolve legal and contractual matters in the City Council. But if the local government now heeds the suggestions of the report of the Director of Services, even if ordered by the emergency route, Torrevieja would not have a new service before half a year at the earliest.

Meanwhile, the provision of waste collection continues to be carried out by the multinational Acciona. He won the contract through a contest that the courts considered fraudulent. Then Mayor Pedro Hernández was convicted of corruption but the contract was not annulled. In June 2016, Acciona exhausted its award period and from that moment on the service is performed without a contract with a millionaire turnover: The City Council already pays 19 million this year for a service with enormous deficiencies in the urbanizations and very outdated machinery. In their reports, both directors cite -partially- the conclusions made by the supervising engineer of the service in another report -collected in turn by this newspaper-, where he pointed out the serious shortcomings that the service drags, warned that there are no human means to verify the reality of the invoices issued and asked to award the tender in process. Report that the mayor denied it was on the record.

The first mayor resolved the paralysis of this adjudication process and of another twelve after the auditor warned when preparing the 2021 budgets that current income will fall due to the economic situation derived from Covid at least in 6 million euros, and that the current amounts of some public services were not going to be financed with ordinary income

The director of Legal Services, Jesús López, concludes that to finance waste collection at the time of starting the service, it can be modified downwards with fewer benefits. It also specifies that only the Urban Collective Transport and Vehicle Withdrawal contracts from the Public Highway (crane) could be classified as service concession contracts, and be awarded directly to a joint venture, and in any case would need a capital participation audience greater than 50%.

The chain of reports and contributions from technicians ends with that made by the General Director of Services, Víctor Costa. The initiative to create a joint venture came from him, although now he changes his criteria and is committed to a new contract that will depend on the evaluation of the offers according to criteria that are “quantifiable by the mere application of formulas, without the possibility of intervention of criteria subject to judgment of value ». The technician does not explain why the current paralyzed tender cannot be awarded without further ado, reducing the fee later, as proposed by the legal advisor. On the other hand, it does include the cost that the cancellation of the award procedure would entail for the municipal coffers as compensation to the companies that have presented tenders: 100,000 euros. Twenty thousand per company. The score of the companies in the scale by technical criteria – moment in which the adjudication process has been paralyzed – has not been released. The tangle continues.

On October 26, a face-to-face and telematic meeting was held between the mayor Edudardo Dolón, the advisor Francisco Moreno, the mayor of Contracting and Urban Cleaning, Carmen Gómez, the head of the Support Body and all the general directors to analyze the situation of reduction of revenue and its impact on services pending adjudication. The meeting, held outside the collegiate bodies, and cited in the report of the legal adviser includes the opinion of the mayor Gómez in the sense that she did not consider it “feasible” to create a joint venture.