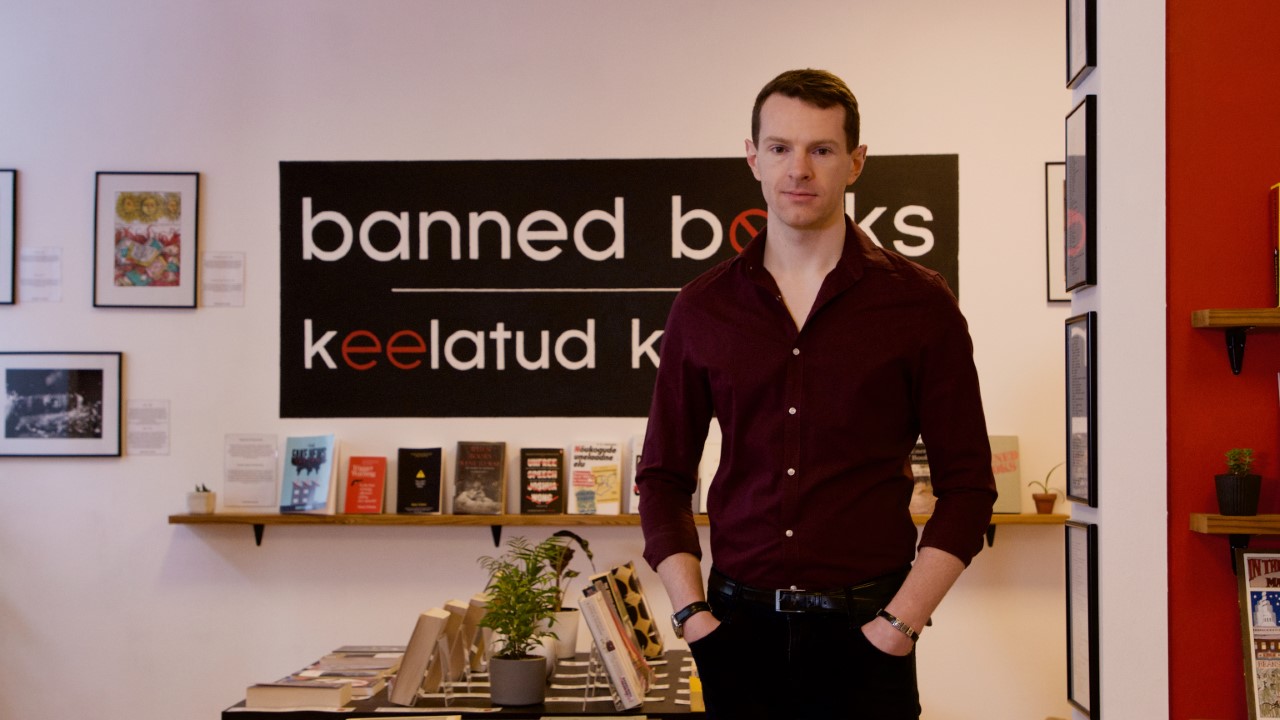 The Museum of Forbidden Books (Banned Books Museum) opened on November 30 in Tallinn, the Estonian capital, with the intention of “preserving books that have been banned, censored or burned and telling their story to the public.” This is explained by the co-founder and director, Joseph Dunningam (Dundee, Scotland, 32 years old), in a telematic interview with Babelia. The Scotsman points out two things that inspired him to embark on this project: reading George Orwell as a young man, which sparked an interest in censorship and freedom of expression, and a lifelong dream of owning his own bookstore.

Living in China when he was younger also left a great impression on him: “I saw many kinds of restrictions there, especially on what you can and cannot say, but the most disturbing thing is how the general population gives in to censorship.” The museum’s collection is divided by country, with sections dedicated to China, the United States, Russia, the United Kingdom, and Estonia. “Each country has a particular history and trend regarding censorship. In the UK, for example, it tends to be related to sex; in Russia the objective is to control political ideas, and in the United States the protection of children from sensitive issues predominates ”, comments the director.

“I hope that soon we will also have a section dedicated to Spain,” says Dunningam, who says that he has studied censorship with interest during the Franco dictatorship. “I don’t want to do it without the necessary prior investigation. You have to have a great understanding of the subject, collect a large number of books and only then display them to the public. This is how we usually do it, ”says the Scotsman. “I hope I can make that deep approach to the history of Spain in the twentieth century.”

“Everyone asks for My fight ”

Dunningam explains that texts that have been merely controversial, contested or debated do not enter the collection, nor do e-books, magazines, newspapers, movies, comics or music. “We try to summarize to be able to go deeply into the issue of censorship.” Here the museum enters a sensitive territory: drawing a border on what is and is not acceptable to show the public.

“More than 95% of the collection falls into what we call category A. Those books are openly exposed with an explanation. Category B are the volumes that we do not exhibit but are shown on request. And category C is reserved for books that are preserved but never exhibited ”, explains the director. Dunningam gives as a hypothetical example a bomb-making manual from the Estonian War of Independence: “I’m not interested in hurting anyone. We preserve it because it is history, but we keep it off the shelves ”.

“Everyone asks for My fight”, Says the Scotsman with some boredom. He explains that the manifesto written by Adolf Hitler is in category B and that “it is not a book with magical powers” that can change the minds of those who read it. He thinks that any rational person can make a mature reading. “Since we opened, all the visitors have approached him that way. They understand our goal and are serious about it. We do not want to be a magnet for followers of certain ideologies, whatever the direction. We try to be neutral and unbiased and focus on the history of the books. “

The main problem facing the Museum of Forbidden Books today is not a censor, but a virus. When it opened its doors in November, it had to close almost immediately due to sanitary restrictions due to an increase in those infected with covid-19 in Estonia. The Baltic nation, with a population of 1.3 million, has gone from having about 3,400 cases and 65 deaths at the beginning of October to around 66,500 confirmed patients and more than 600 deaths at the beginning of March.

“The museum is small and it is a challenge to keep it open, especially during the pandemic,” confesses Dunningam, who explains that the institution is registered as a social company and the money that comes in is used exclusively for its maintenance. The income, according to the director, comes from donations, from the sale of some books or merchandise and from his own pocket. The center was open intermittently in January and February but is now scheduled to close until April. It also maintains an online reading club in which different titles are discussed: Prince Machiavelli’s was the last.

The collection does not currently receive financial support from any public or private organization. Dunningam admits that he may consider some form of financial assistance in the future, but worries that this will mean “pressure” or force him to “ignore a specific issue.” He considers that many people in Estonia still remember “a time when there was no freedom of expression” and that is why they value and defend that right.