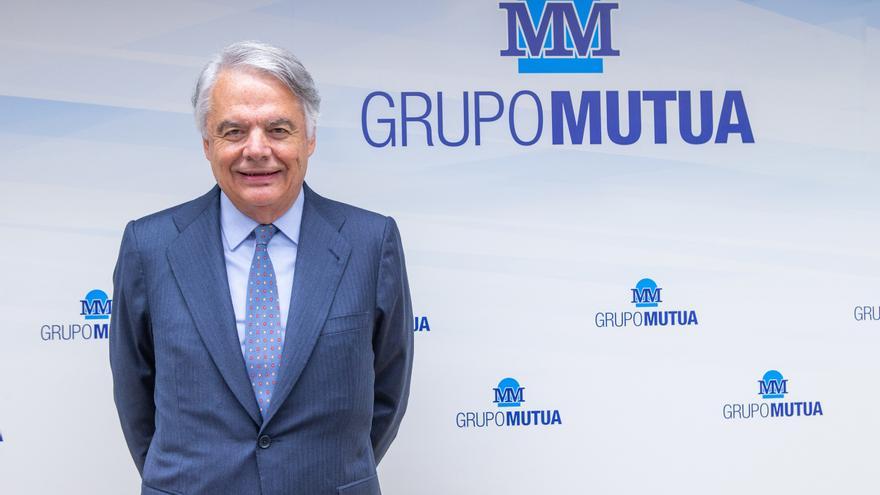 The result of 2020 has been conditioned by the Covid-19 crisis and the economic crisis derived from the pandemic. Despite this, in the Non-Life group in Spain, the group’s premium income increased by 2.9% last year, to 5,418.5 million euros, compared to 1.1% in the sector.

By insurance lines, the Auto branch of the Grupo Mutua achieved premium income of 1,577.6 million euros in 2020, with an advance of 0.9%, compared to an average fall of 2% in the sector. Thanks to this, the group saw its market share grow again in this sector to 14.2%.

In June of last year, and in view of the fall in the accident rate caused by the effects of Covid-19, Mutua Madrileña launched a unique and differential measure in Spain, consisting of extending the duration of auto and insurance insurance for 2 months free of charge. motorcycle. The initiative has had a cost for Mutua of 161 million euros and so far it has reached 1.81 million policies, 73% of the portfolio.

SegurCaixa Adeslas, a company integrated in the Mutua Madrileña Group and owned by CaixaBank, obtained last year revenues of 3,975 million euros (2.9% more), and obtained a net profit of 436 million euros, 12.7 % plus.

In the Health insurance branch, the Mutua Group reinforced its leadership in 2020 through Adeslas, which recorded a premium volume of 2,856 million euros, 6.2% more than the previous year. This figure far exceeded the average rise of 5.1% for the sector as a whole in this sector, which allowed it to consolidate its market share in health above 30%.

Increase in the portfolio in Multi-risk-Home

The behavior of Grupo Mutua in the Multi-Risk-Home line was also very positive in 2020, since the income rose to 617 million euros, 2.3% more than in 2019. In addition, the number of insured increased by 3.1%, so that the group’s client portfolio in Multi-risk-Home it was consolidated above two million.

In 2020 Mutuactivos became the independent manager with the highest volume of fund-raising, pension plans and savings insurance by organically increasing managed assets by 609 million euros, which allowed it to close the past year with total assets managed of 8,452 million euros.

Solvency above the industry average

For its part, the solvency margin of the Mutua Madrileña Group, according to the Solvency II criteria, stood at 304% at the end of the year, a ratio that keeps the company at the head of the Spanish insurance groups in this regard, given that the sector average stood at 237.7%.

Mutua has successfully completed its 2018-2020 Strategic Plan, the main objectives of which were to consolidate its position as a leader in Non-Life insurance, (an area that it has been leading for the last three years), to be the non-bank leader in asset management in Spain through de Mutuactivos, continue with its process of geographic diversification, by products and services and strengthen its presence in Latin America.

One of the main lines of that strategic plan already concluded was the firm commitment to growth in wealth management, an area in which Mutua has managed to reinforce the leadership of Mutuactivos as the first independent manager of banking groups. In just two years, Mutua has carried out five corporate operations, with the purchase of Alantra Wealth Management, EDM, Cygnus, Alantra Asset Management and Orienta Capital.

Regarding its international expansion, the Mutua Group took a key step in 2020 by taking control of the majority of Bci Seguros, the leading general insurance company in Chile, and acquiring 45% of Seguros del Estado, the second insurer in Colombia. .

The new Strategic Plan 2021-2023, for its part, has as its main objective to maintain the path of profitable and sustainable growth. To do this, it poses new quantitative challenges such as growing non-life premium income above the market average and profitably up to 5,900 million euros, growing in the financial advisory business and wealth management and reaching 21,000 million euros in assets under management at the end of the new strategic plan.

Likewise, the plan contemplates continue with the geographic diversification strategy, a segment in which Mutua expects to add an international premium income of 900 million euros, thus consolidating its presence in Latin America.

In this new strategic plan, Mutua will continue with its digitization process, an area to which it will allocate an investment of 150 million euros in the period 21-23.

Grupo Mutua reinforced its social responsibility during 2020 with different initiatives to help in the fight against the effects of the pandemic. In addition to the 12 + 2 measure (two months of free insurance for its mutual members), among other projects, the company subsidized a third of the amount of auto and motorcycle insurance to those who lost their jobs and to the self-employed who saw their activity cease, helped its network of SME providers with fewer resources by advancing billing and promoted the sector fund to protect health personnel. Measures that in total represented more than 200 million euros.

The Mutua Madrileña Foundation, for its part, allocated one million euros to launch various initiatives, such as the creation of an extraordinary fund to finance medical research projects on the virus and its possible treatments; the launch of an extraordinary call for aid for social action projects aimed at helping vulnerable groups especially affected by the pandemic, acquiring protection material and tablets for the elderly and minors. All of this made it possible to directly help nearly 100,000 people.