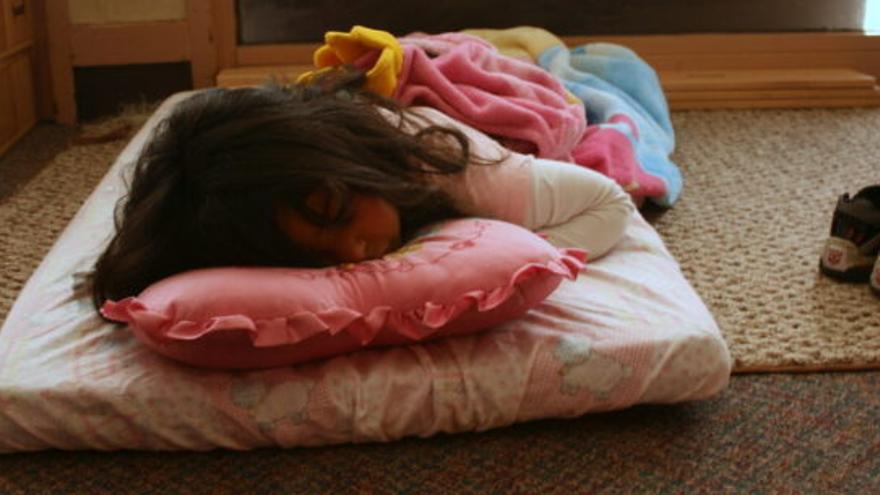 That certain children fall into a deep endless sleep is a phenomenon that has surprised scientists since, in 2017, a nine-year-old girl living in Sweden fell into a state of permanent unconsciousness.

It was not the only case: there were more children like her, all in Sweden and children of asylum seekers. It gave the impression that due to their traumatic experience, they had decided to withdraw from life: they have called it resignation syndrome.

This syndrome affects children and adolescents, preferably between seven and 13 years old, and manifests itself through apathy, depression and isolation. They stop talking, eating and drinking, fall into bed and do not respond to stimuli.

They need a tube to eat, as well as constant care to avoid organ failure due to lack of movement or hydration.

The syndrome plunges children into a kind of coma that, despite the fact that they do not present any physical problem, prevents them from performing bodily functions and communicating with their surroundings, Explain Doctors Without Borders psychiatrist Beth O’Connor.

The phenomenon is believed to have appeared in the 1990s, but the number of affected children skyrocketed around the turn of the century. From 2003 to 2005 alone, 424 cases were counted. Since then, several hundred more have appeared, write neurologist Suzanne O’Sullivan in The Sunday Times.

O’Sullivan, specialized in complex epilepsy and psychogenic disorders, has investigated these episodes and published a book that collects the results of her work: The Sleeping Beauties.

Insufficient explanation He explains that several incomplete theories attempt to shed light on how this disorder works. They are based on physiological indicators, such as an elevated heart rate and body temperature, to be considered a response to stress induced by hormones or the autonomic nervous system.

However, O’Sullivan clarifies, the problem with the observations made and the theories raised is that neither stress hormones, nor the autonomic nervous system, nor poor brain development, can explain the abnormal duration and intensity of physiological manifestations of this disease, nor its surprising geographic distribution.

It considers that all these children, among whom girls predominate, suffered trauma before falling into this disorder, so it could be a form of post-traumatic stress, reinforced, perhaps, by the inability of the parents to adequately care for them in a so chaotic family context.

It also suggests the possibility of the cultural dimension of the resignation syndrome: It does not affect all ethnic groups with asylum problems in foreign countries, but very few specific groups of refugees.

The selectivity of this disorder clearly shows that it cannot be considered as something purely biological, caused by hormones and neurotransmitters, nor as a strictly psychological evil and, therefore, linked to the personality of the patient, O’Sullivan emphasizes in this regard.

Key social factor He adds that, surely, the trigger may be the desperation related to the asylum procedure, which represents a threat to the families affected.

It considers, therefore, that the social context is a key factor in the search for the causes of this disease, more important than the physiological and biological analyzes.

One piece of information supports this hypothesis: children often wake up when their family receives a residence permit. It is not a quick and instantaneous process, but a gradual one, which can take months, depending on how long they have been asleep.

O’Sullivan is quite conclusive in his diagnosis of a problem that medicine is still far from solving: “In the face of an avalanche of information, the brain is in a constant state of predicting, ruling out, evaluating and reevaluating, making inferences and learning.” writes in his book.

Consequently, it raises the need for a more holistic approach to this disorder, that takes into account the way in which the brain and the body react together to critical family circumstances.

It suggests that bodily dysfunction may be rooted in an emotional disorder: physical symptoms produced, probably subconsciously, as a reaction to external environmental, cultural or social pressure.

And that it is at that level that you have to influence to understand and solve what happens with sleeping beauties.