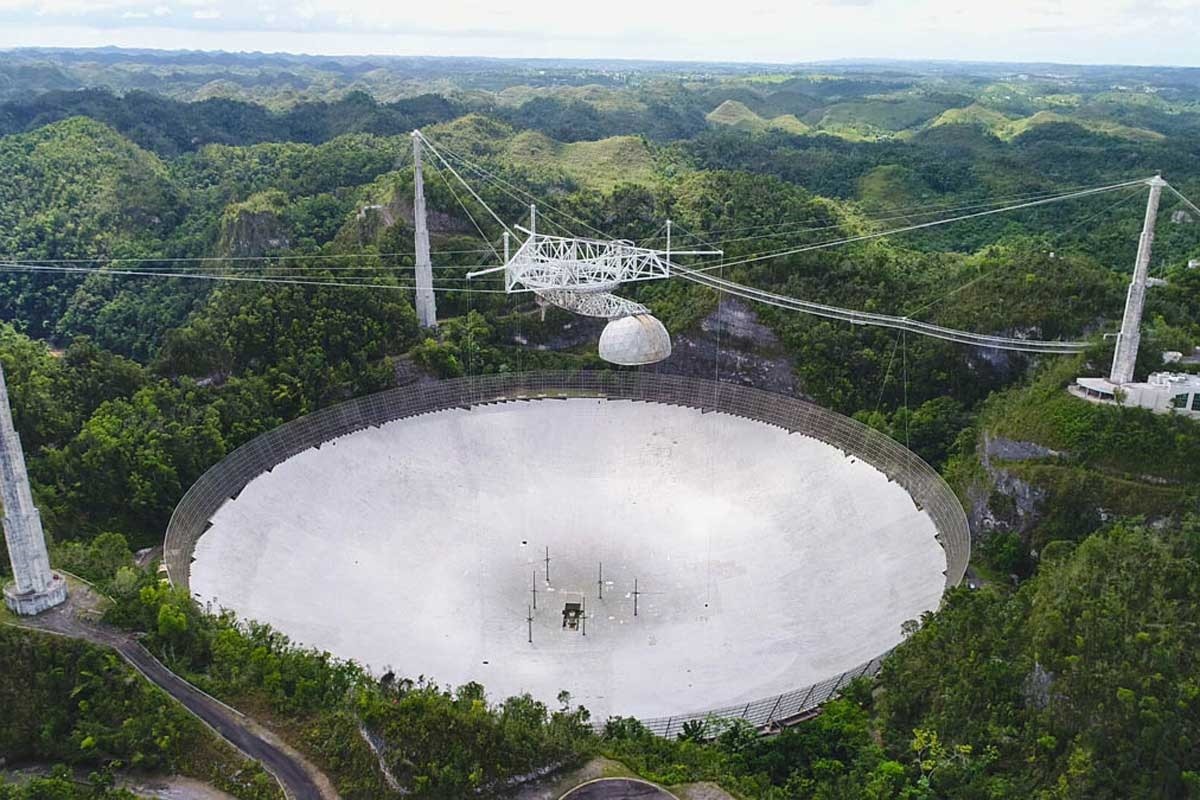 The Arecibo Observatory radio telescope, one of the largest in the world and located north of Puerto Rico, will be dismantled after a second cable that holds the structure broke and the engineering team leading the evaluation work estimated that it was going to collapse. The National Science Foundation (NSF) of the United States, the entity that owns the historic facility, built almost 60 years ago and a world reference for astronomy, reported this Thursday through a statement that in the face of the imminent collapse there was no other option.

The statement includes the report of three engineering firms hired to assess the damage caused to the facility, which will not be rebuilt. NSF Director Sethuraman Panchanathan explained that the priority when making the decision was safety, which at this time was compromised by the state of the structure.

“There was a risk of collapse,” said Panchanathan, referring to three reports from as many contracted engineering firms to evaluate. He said that the decision in no case has nothing to do with scientific issues and that there is no date yet for the demolition, although it is expected to take place in the coming weeks.

The official clarified that the dismantling of the radio telescope does not mean that the Arecibo Observatory will disappear, a scientific facility that has other facilities that, in principle, will be maintained, although most of the researchers will be transferred to other centers in the United States. The NSF statement details that planning has already begun for the demolition of the radio telescope, which is 305 meters long, as it cannot be stabilized without risk of collapse.

Last Saturday it was reported the possibility of the radio telescope collapsing after another cable that holds the structure broke and problems were revealed in two of the main cables, which support a load of 900 tons.

The origin that has finally led to the decision to dismantle the radio telescope is the initial break of a first auxiliary cable on August 10. The break of a second cable on Nov. 6 sparked events until the announcement ending a nearly 60-year-old facility that has been a world center for astronomical research.

A message to space

On November 16, 1974, the most powerful transmission ever made to space took place from Puerto Rico, known as the “Arecibo message”. This action to attempt to communicate with the outside world was part of the commemoration of the Arecibo Radio Telescope update.

The researchers from the SETI Institute (Search for Extraterrestrial Intelligence -search for extraterrestrial intelligence-) were in charge of the transmission, which consisted of a simple pictorial message, addressed to our hypothetical companions that inhabit the cosmos, specifically launched towards the globular cluster of stars M13. This celestial object is located in the direction of the constellation Hercules, near the edge of the Milky Way galaxy, at a distance of around 25,000 light years and made up of around 300,000 stars.

The transmission is considered the most powerful to date because it used the Arecibo radio telescope’s megawatt transmitter connected to its 305-meter antenna.