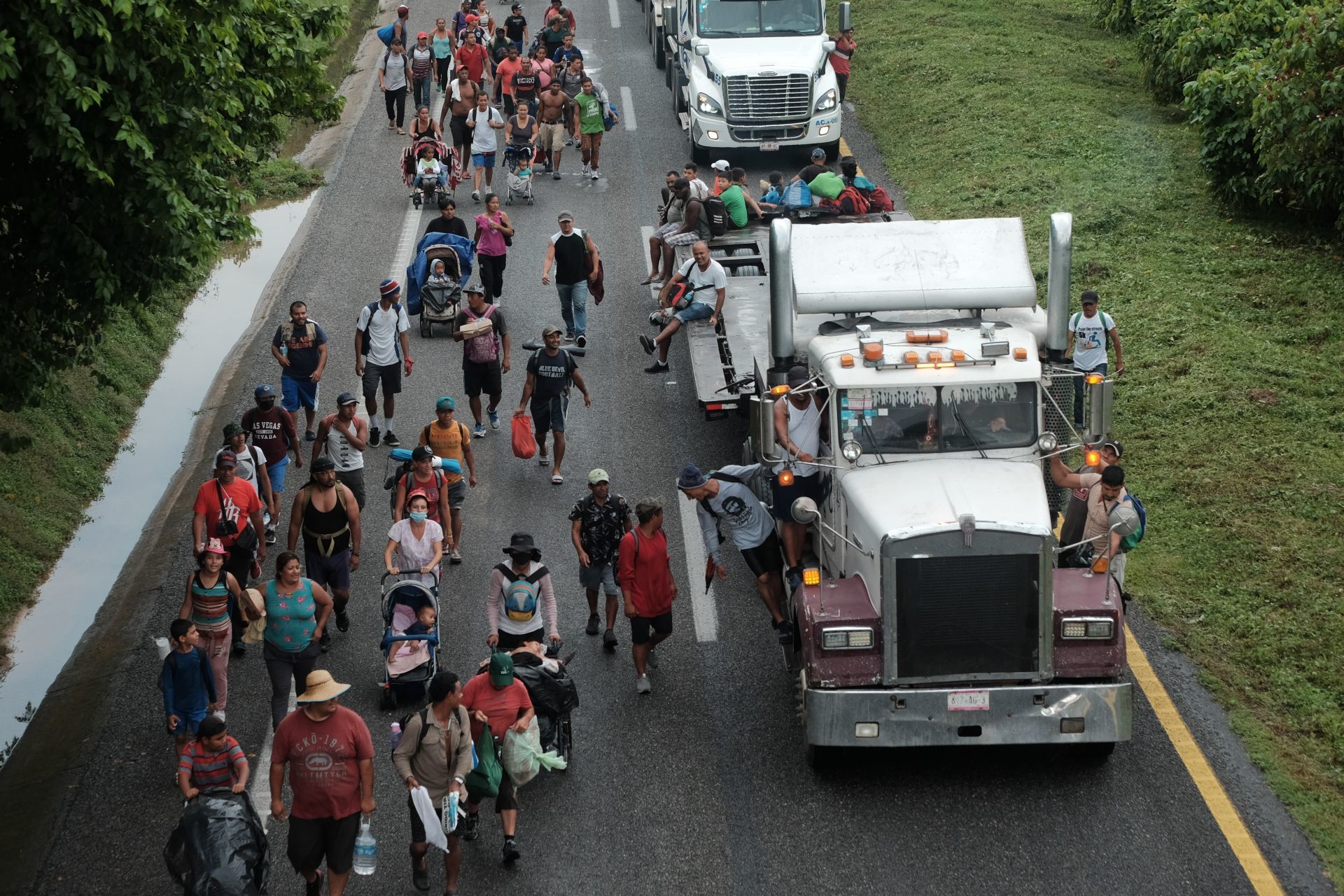 The National Guard has fired on a truck that was transporting nine migrants in one of the municipalities near the border with Guatemala, about 144 kilometers north of Tapachula. In the shooting, a man of Cuban origin has died and four have been injured. The migrants were traveling in the pan of a van pick up when it was intercepted by the soldiers. According to the official version of the institution, the agents stopped them, but the driver of the vehicle ignored the orders. That’s when the bullets started. The event agitates the already tense situation on the southern border of Mexico, which has been experiencing the greatest migratory crisis in its recent history for a year.

At 1:40 a.m. on Sunday, the truck was driving through one of those rural towns in the south of the country that make up the most common migrant route. All those who leave from the largest urban nucleus on the southern border, Tapachula, go up as they can – jungle, secondary roads, mountains, grabbing the freight train, La Bestia, in combis, cars, taxis or buses – through these municipalities with direction always north. Almost at the height of Pijijiapan, in the Echegaray ejido, the vehicle was advancing when a National Guard patrol caught up with it.

The death of a migrant this week further shakes a crisis in the municipalities of the southern border and explains the collapse of recent months. In Tapachula, a city of about 350,000 inhabitants, there are at least 63,000 stranded migrants waiting for refuge, according to figures from the Mexican Commission for Refugee Aid (Comar). An institution that has acknowledged being overrun and with a budget that is not enough for the strongest wave of migrants.

Never in history has Mexico received so many people fleeing their countries. If in 2019 they were at least 70,400, this year they expect more than 120,000, according to official figures. And the vast majority do so through Tapachula, where 70% of asylum applications are registered, the only possible tool to receive a role to teach immigration agents, earn a living and not be deported. Although their goal has almost always been to reach the United States, the repression of the US border patrol has deterred many from seeking a new refuge in the Mexican capital.

Two weeks ago a caravan of about 6,000 people, according to local media, left Tapachula for the north. And many of them are these days a few kilometers from the point where the National Guard patrol fired on a truck, in Mapstepec. The goal of coming together to move forward together protects you from the risks of the underground journey. For more than 10 days, all have dodged roadblocks, chases, mafias, thieves, drug traffickers, to reach just what anyone in a car journey would do in little more than an hour.

The National Guard insisted this Monday afternoon through a statement that the shooting began when they realized that the truck was not going to stop, that it was seeking to “run over” the agents. As the patrol approached, many migrants jumped onto the road and ran in all directions, but were “rescued,” the government’s euphemism when it comes to an arrest by armed soldiers. Inside the truck were four migrants wounded by the gunshots and one dead, lying on the tray, about which the authorities have not provided more information for the moment.