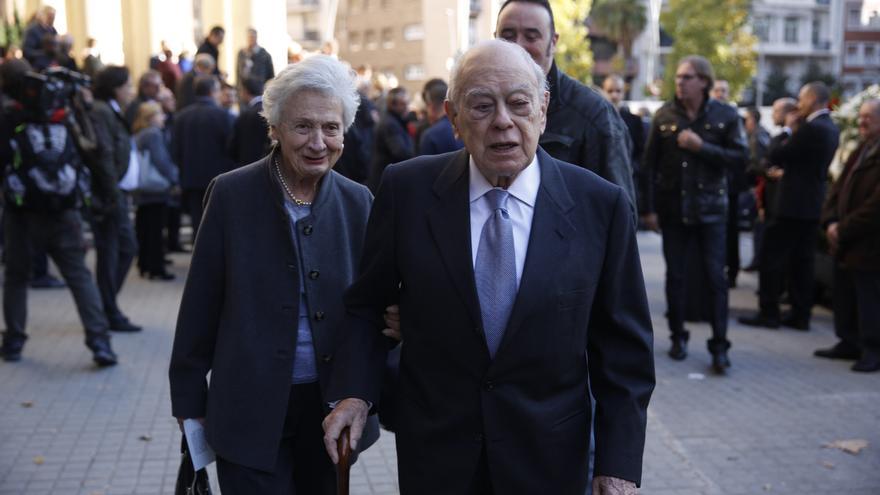 The National Court has confirmed that The former president of the Generalitat can be brought to trial Jordi Pujol, his wife, Marta Ferrusola, and their seven children for crimes of criminal organization or illicit association, money laundering, crime against the Public Treasury and documentary falsification.

The Third Section of the Criminal Chamber fully ratifies the order to proceed to abbreviated procedure dictated by the instructor, José de la Mata, for all those investigated in this procedure, with the exception of Carlos Sumarroca Coixet, for whom the file of the case is agreed, and Mercé Gironés, who has two crimes against the property withdrawn public.

In its resolution, the court confirms the jurisdiction of the National Court and notes that the nuclear acts were carried out abroad, mainly in Andorra, through the movement of cash funds from various accounts opened abroad, owned by various members of the Pujol family, accounts that, furthermore, according to the order appealed, were placed in the name of foundations controlled by said family.

The Chamber describes the facts that are imputed to them as “a series of actions, prolonged in time, of all the members of the family investigated, which the order supports in the corresponding circumstantial elements extracted from the investigative work, also determining, with the same connection in the proceedings, the respective roles assumed by each member, in the provisional plane proper to this procedural phase ”

He adds “that we are faced with an illicit association initially and a criminal organization later – taking into account the regulatory change that occurs during the period– and not before mere participants for profit, as the appeal describes the remaining members of the family, with respect to the allegedly lawful action of Jordi Pujol Ferrusola “.

The court indicates that De la Mata’s order describes, linking them with the evidence obtained, “a series of actions by the organization, presumably made up of the appellants, intended to direct various administrative resolutions in a certain direction, taking advantage of Mr. Pujol’s position. Soley at the head of the Catalan autonomous administration, as a result of which obtained significant economic returns, which were entered into bank accounts abroad and subjected to various movements and transmissions, to hide their illicit origin “.

Regarding the classification of the facts as an illicit association or criminal organization, the Chamber observes that the contested resolution reports a clearly concerted action by all the members of the Pujol family consisting of the simultaneous opening and closing of bank accounts abroad, as well as movements of funds between them, which incidentally obeys a strategy aimed at concealing their origin and that the car connects with certain illicit operations that resulted in certain resolutions of the Catalan autonomous administration

In another order, the Chamber has annulled several crimes against the Public Treasury attributed to Mercé Gironés, the ex-wife of Jordi Pujol Ferrusola, although it has confirmed the decision to put her on the bench by others such as money laundering and criminal organization.

The court also leaves at the doors of the bench to the investigated businessmen in this case, with the exception of the constructor Carlos Sumarroca, for whom he files the case as no evidence of his participation in the events that was attributed to him along with his son has been proven.

Of the rest of the businessmen, including, for example, the former president of Isolux, Luis Delso, the Chamber emphasizes that they maintained relations with the Pujols and that they acted in a concerted manner and with diversification of functions, “as a result of which economic returns were generated.” that the judge connected with the “influence” of the family “to guide certain resolutions of the Catalan autonomous administration, returns that in turn, were subject to transformation operations and movements of various kinds, in order to hide their illicit origin “.

On July 16, De la Mata issued the order proposing to bring the entire Pujol Ferrusola family to trial, and in September the accusation exercised by Podemos in this case presented its qualification letter, claiming 20 years in prison for the former Catalan president , 17 years for his wife, and the maximum penalty, 54 years, for his first-born Jordi Pujol Ferrusola.

The Prosecutor’s Office has not yet presented its indictmentTherefore, once this appeal is resolved, it is expected to do so shortly.