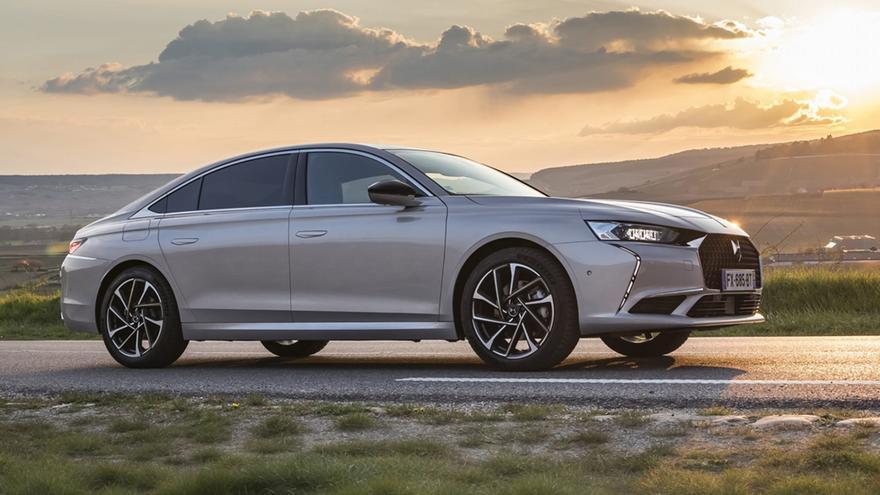 DS continues in its dynamic of convey luxury, sophistication and new technological proposals without losing sight of the glamor and strength of a elegant and functional design. They started, although some do not like the reference, inheriting the DS5 launched by Citroën as the flagship of the double chevron brand when they were looking for differentiation back 2011 (in fact as a sub-brand it was created in 2009).

It was a bombshell of such caliber that those responsible for the French group (I mean, Carlos Tavares) saw in the proposal a line of work for the future respecting thesencia of DS (the mythical model of the Citröen brand from 1955). In 2014 DS started sailing solo but proposing the quintessence of the PSA group in each of its models. And that’s how it gets to today with the DS9, its flagship, a model capable of offering all the good and more sophisticated of the Stellantis group (fruit of the recent merger between PSA and FCA).

Today DS represents 2.1% share in its segment in Spain and electrification plays a key role in their models, with technology as the backbone. Because DS is more than simple French luxury (something very localized), but we are talking about a very technological, sophisticated product that seeks to offer a great customer experience. Bets such as its Only You motto reflect the care with which DS intends to maintain an interesting share in the market. The brand is present in 41 countries and Spain has 34 specific stores (They aspire to 40 by the end of 2021).

The new DS9 reaffirms the fight in the D segment with the big German manufacturers, Audi, Mercedes-Benz and BMW, but also mete the wedge in the E segment of the large saloons. Its dimensions, technology and features allow it that license.

Their 4.91 meters long place it at the cusp of segment D and entering the E. Although the basis of success will be found in the 2.90 meters of wheelbase that provide a unique and comfortable interior space for both the front and rear seats. In fact, the brand proposes it as a 4-seater saloon (Although it is approved for 5 and in the rear central seat there is a seat belt). It has a 510 liter capacity trunk, among the largest in the segment.

If we let ourselves be seduced by his design, the DS9 proposes some interesting nods to its historical essence. The front grill has an elegant design, which encompasses the two optical groups that offer the system Active Led Vision with 180 degree swivel modules that adapt to the road. It also stands out for Chrome vertical stripe that crosses the hood from top to bottom in the center, offering a more elegant image. This element debuts on the brand.

In the rear side pillar there are the so-called DS Cornets, two luminous elements that are inspired by those worn on the DS saloon from 1955 and that act as position lights, something unprecedented in the segment. The tDoor handles are retractable and form a completely smooth side assembly.

The rear emulates the fastbac stylek but instead still a three volume with boot lid. The characteristic DS ‘scales’ on the taillights accentuate their identity, enhanced in design by the chrome plating that surrounds them.

Inside the first thing that is perceived is the great quality of materials. The dashboard is totally lined in Nappa leather and the design of the seats maintains the style already seen in models such as the DS7 or DS3, made in the shape of a watch strap. The steering wheel, in all versions, is covered in leather. The headrests of the seats are adjustable, and the rear seats also incorporate massage, heating and ventilation. In the rear center armrest there are two additional USB sockets to those in the center console.

Also Read  ObsCOVID: "The death of an unvaccinated pregnant woman reveals a systemic failure of the health network" | Society

The range is built on two trim levels, the Performance Line + and the Rivoli + (which includes Opera trim for the seats). The sound system is hi-fi with 14 speakers Focal Electra at 515 W. Los elements of the center console, however, remain the same that equips the DS7 Crossback (released in 2018).

The DS9 range is offered with three engines. An H225 hp plug-in hybrid e-Tense (combination of the PureTech 180 hp gasoline engine and 110 hp electric motor), which allows a range in electric mode of 46 kilometers. Another proposal is that of 225 hp PureTech gasoline engine. In the first case, the price is around 55.631 euros (with the top-of-the-range Rivoli + finish it goes for 57,531 euros), while in the second it is 54.032 euros. Both proposals are very interesting in terms of dynamic performance.

To these two engines se adds this week the 360 ​​hp e-Tense with 4×4 traction. Maintains the offer of electric autonomy of 45 kilometers. The model will arrive in the second half of the year with a price of 68,550 euros and you can now order from dealers. For him next year the introduction of a new petrol variant with front-wheel drive and extended autonomy with 250 hp of power.

Thanks to the commitment to Formula-E (which DS has already won two years in a row), the DS9 introduces a technology inherited from competition from the hand of DS Performance. Dispose of DS Active Scan Suspension that adapts and anticipates the damping operation based on the road reading (150 meters away) thanks to the camera located at the top of the windshield that scans the road. The suspension, another jewel of DS heritage.

It also stands out for the system Active Night Vision which detects objects, people and obstacles at night thanks to infrared vision. The DS Drive Assist Allows freeway driving in autonomous driving levels 2 up to 180 km / h. It also introduces the DS Park Pilot automatic parking, the DS Driver Attention Monitoring that detects the driver’s attention and warns of loss of concentration, and the DS Active Led Vision which increases the illumination beam.

With the DS9 the brand raises the flag of luxury, sophistication and performance. It is manufactured in China for everyone (there is a large market). Next stop, the DS4.