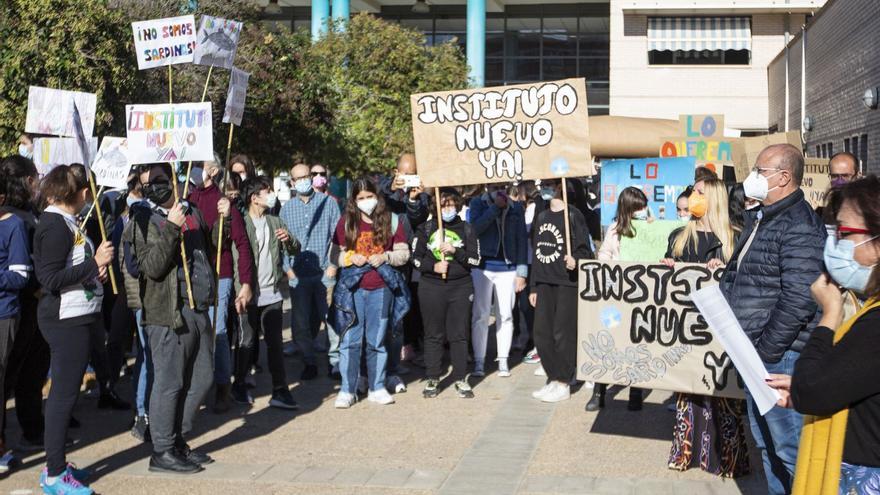 The City Council of San Vicente has taken a step towards the construction of the long-awaited new institute. The ball to make this unanimous claim of the educational community and the consistory itself a reality is already on the roof of the Generalitat to process it as one of the projects financed by the Edificant plan. And from the Consistory they emphasize that they have already done what corresponds to them.

The Architecture area of ​​the Department of Town Planning has completed the work to modify the memory of the educational center and has sent the document to the Department of Education for review. It is the second time that it has been sent since the Generalitat requested that some issues in the project that have already been carried out by municipal technicians and architects who have collaborated with the City Council be corrected in order to speed up the document.

In March 2019, the Consistory already planned the institute, valued the works at 8.9 million and asked the Generalitat for the delegation of powers to be able to start the bidding procedures. With the requirement to modify the project and update prices, the current construction budget for the new institute slightly exceeds 10 million euros. It is a projected building on the ground floor and two heights that will house 20 ESO classrooms and 4 Baccalaureate. It is located in the area of ​​expansion in the southwest of San Vicente, on the dotacional-educational land of the Montoyos plan..

“The work by the City Council has already been completed and now it is necessary to process the delegation of powers to the City Council and start the works because they are very necessary,” declares the Councilor for Urban Planning and Mayor, the Socialist, Jesús Villar. And he stresses that “we promised that it would be as soon as possible.” The Generalitat has to grant San Vicente the delegation to be able to put out to tender and award the works of the claimed institute.

Those who are demanding the prompt construction of the center is the educational community. There is a congestion situation in the current five institutes of San Vicente: Gaia, María Blasco, San Vicente, Haygón and CIPFP Canastell. And the first mayor recognizes that his complaints are legitimate, since he recognizes that there is a saturation that must be solved.

This situation has recently led to a protest by teachers and students of the IES Gaia who, shouting “we are not sardines in a can”, demanded the speeding up of the procedures to build the institute. A requirement to which the María Blasco Institute subsequently joined. And a need that has motivated the union of teachers from different centers demanding with their signatures that the administrative process for the construction of the institute not be paralyzed.

Cloisters such as the Secondary Institute Gaia, where the student body almost doubles, warn that growth will continue to be constant in the coming years, saturating classes and forcing them to continue using common spaces such as the library or laboratories and use them as classrooms.

An Edificant plan that waits more than three years

The new institute is part of the works in educational projects of the Edificant plan of the Generalitat. In San Vicente del Raspeig, this plan contemplates works projected for more than three years that have not yet materialized. The educational community of the Canastell Public Integrated Vocational Training Center is well aware of this, which has been claiming for more than a decade a classroom that does not arrive. In this center the Generalitat has to make an investment of 7 million euros. Other projects are the construction of gymnasiums in three schools.