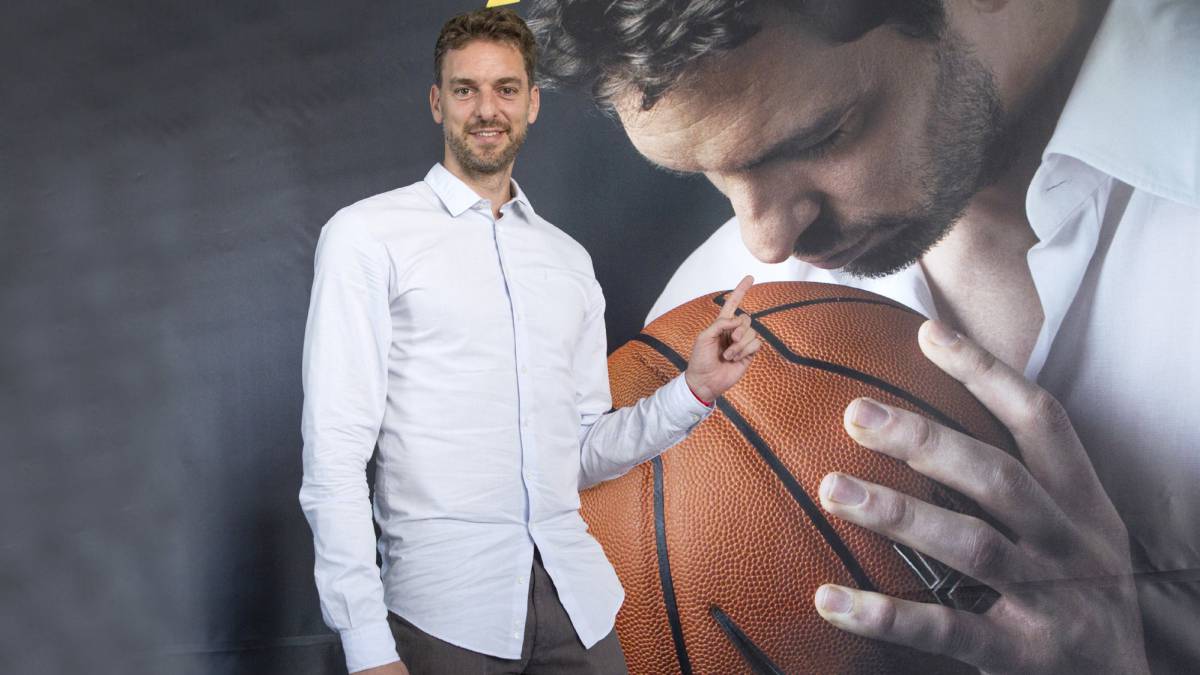 He had not played a game for two years and two games were enough for him to be Pau Gasol again. The Catalan has just added his first victory in the ACB league and what is more important, he has rediscovered his scoring ability, getting his first points on a basketball court in this new stage, that of his return home. The best Spanish athlete in team sports history was presented with Barça on March 29, and has returned to, in his words, “help and enjoy”. A serious injury and the pandemic turned the power forward’s life upside down, who focused on his family life to fulfill his dream of fatherhood.

Last September his first daughter, Elisabet Gianna, came to the world, and after that happy moment Pau decided to pursue the goal of not abandoning basketball as an injured player but as the winner he has always been. He wanted to put the finishing touch to his brilliant career competing in the Tokyo Olympics, and for this he has returned to his origins and has signed for the club where it all began. Gone are two decades playing in the NBA in six American franchises and where he has been proclaimed champion of the league twice, being the first Spanish to get the precious ring. Today, once settled in the city of Barcelona, ​​he enjoys his longtime friends and a new life in his land, where he has a good part of his businesses and investments.

In the act of his presentation with Barcelona, ​​Gasol did not stop praising his wife, Cat McDonnell, and little Ellie, who is six months old. Pau is aware of the effort it has taken for his wife to leave her life in the United States and her professional career, and at the same time what makes him most excited about his return to Spain is being able to share with her the pleasures and customs of Catalonia. That and feeling like a basketball player again have been the only motivations for his signing for the Barça team. In no case the money, since his contract for the remainder of the season is 30,000 euros gross, about 6,000 euros net per month during the remaining four months of competition. A figure light years away from the more than ten million a year that came to win in his best moments in the NBA. Moreover, it was even said that he was going to play for free at Barça, but the ACB league does not allow this option and requires players to charge a minimum.

Pau is going to charge that minimum. Since he reached the best league in the world in 2001 (being the second Spaniard in history to make that leap after Fernando Martín), specifically the Memphis Grizzlies, Gasol has won about 180 million euros, and much of that fortune has invested it in Barcelona. In the Catalan capital he has a spectacular house in the Sant Gervasi neighborhood, and apart from his salary as a player, since 2019 he has had another contract with FC Barcelona as the entity’s ambassador in the United States.

In addition, it owns other properties in other areas of Spain such as Guadalajara and shares the Tatel restaurant chain with Rafa Nadal, not counting the millionaire advertising contracts with firms such as Nike. The Catalan, Princess of Asturias Award for Sports, is especially proud of the Gasol Foundation, which he shares with his brother Marc and which this week launched a project to promote children’s health.

The eldest of the Gasols has always cared about childhood, but even more so since the birth of his daughter Ellie. For a month he has begun to teach the little girl and her wife Cat their favorite corners of Catalonia and, apparently in their Instagram accounts, have already been able to enjoy a good coffee with churros. For the Californian it is not something new at all, since she has visited Spain on more than one occasion, and in fact they celebrated a second wedding in Ampurdán after the official one, which took place near San Francisco, California.

Also Read  Tom Daley: 'I started crocheting during the pandemic' | Life and Style

Another incentive for Pau is being close to his parents, Agustí and Marisa, and great friends such as Juan Carlos Navarro, the brand new sports director of the team they share, or Álex Mumbrú. Teammates from the National Team who sent him and his wife a bouquet of flowers to welcome them to Barcelona.

At the age of 40, Pau Gasol’s new life is full of changes and new hopes. In the short term, the main objective is to arrive in optimal conditions at the Games. After the Olympic event, the moment of the key decision will come, which is none other than to retire or continue playing for another year.

The only certainty is that retired or not, Pau will remain linked to the United States for life. She adores her in-laws, and Cat McDonnell has built a career in communication with some of the most prestigious companies in North America. He has also left great friends on the other side of the Atlantic, such as the family of the late Kobe Bryant, with whom he is very close. For now, what focuses Pau’s attention is Barça, his family, his new life in his land and the opportunity to once again enjoy minutes of basketball, a gift for his fans and for all sports lovers.