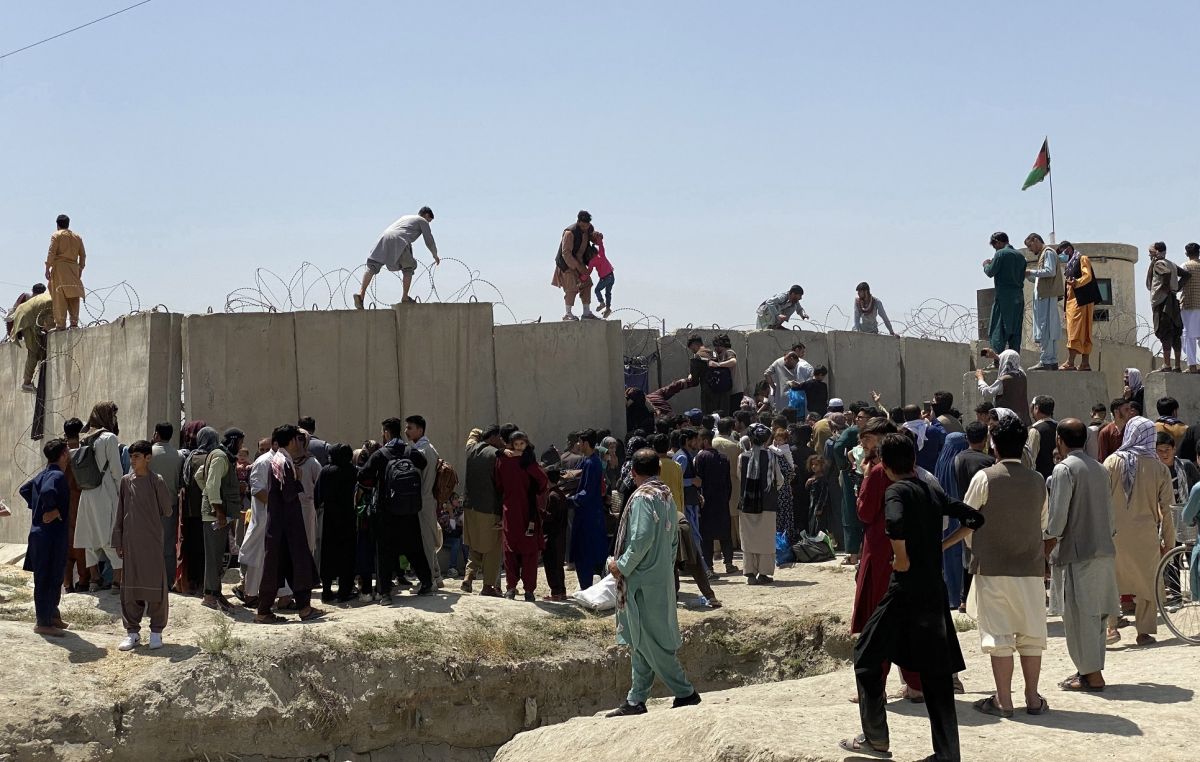 Kathy Hochul, who on Tuesday will become the first female governor in New York history following the resignation of the questioned Andrew Cuomo, joined the states of the country that have opened their territories to receive refugees who manage to leave Afghanistan, a nation besieged by radical Taliban.

“When I served in Congress, I met many Afghans while traveling to their country,” Hochul wrote yesterday On twitter. “They were there for us, now is the time to help them. New York is committed to doing our part to welcome fleeing refugees from Afghanistan. The arms of the Statue of Liberty are open to you ”.

The current Vice Governor Hochul represented the 26th District of Buffalo (NY) in the National Congress for the Democratic Party, between 2011 and 2013. It is not clear when exactly she traveled to Afghanistan.

Also yesterday, a group of New York state legislators asked the presidente Joe Biden to welcome those fleeing Afghanistan, where the Taliban took control when American troops withdrew from the country after two decades of permanence, following the war after 9/11 in 2001.

“New York has always been committed to being an inclusive and welcoming state for immigrants and refugees,” reads the letter addressed to the president, signed by 40 members of the state legislature, cited New York Post. “As the situation in Afghanistan unfolds, we are writing to you as New York State elected officials to say that we will welcome asylum seekers and refugees from Afghanistan and that we are ready to support them when they are here.”

The letter came after earlier this week the representante Jamaal Bowman (D-Westchester) He called on the federal government to increase the number of refugees from Afghanistan that the US accepts. “Afghanistan is the most recent example of American interventionism gone wrong. We must ensure that the Afghan people are given refuge. In doing so, we should reevaluate the humanity and the viability of the White House limit on the arrival of refugees, and exceed that limit if necessary ”.

AND the only Republican congresswoman for NYC on Capitol Hill, Nicole Malliotakis, has also pledged to make it a priority to bring relatives of Afghan families already living in its 11th District, which covers all Staten Island and the south of Brooklyn.

In parallel, the organization “Women for Afghan Women”, founded in Queens after the post 9/11 war, he announced that he was seeking bring in about 500 members of your staff, women and children, with the help of the US government, allied nations, and private operators.

In addition, the governors of these states have also pledged to accept Afghan refugees: California, Iowa, Maryland, Massachusetts, South Carolina, Utah, Virginia and Wisconsin, as well as the Department of Defense in Texas, reported Fox News.

Thousands of US troops have secured the capital’s Hamid Karzai airport and are intensifying air transport efforts, to evacuate 5,000 to 8,000 passengers per day. However, they say just getting to the Kabul airport is risky not only for the Taliban, but also for roving gangs.

Afghanistan is the most recent example of American interventionism gone wrong.

We must ensure that the Afghan people are given refuge. In doing so, we should reassess the humanity and viability of the White House’s limit on refugee arrivals — and exceed that limit if necessary.

As the #US struggles to get #American personnel and allies out of #Afghanistan @NMalliotakis says her staffers helped save one family who lives in her #NYC district. #Taliban #VarneyCo pic.twitter.com/Zf2O6dQLGE

When I served in Congress, I met with many Afghans when I traveled to their country. They were there for us, now it’s time for us to help them.

NY is committed to doing our part to welcome refugees fleeing Afghanistan.

The arms of the Statue of Liberty are open wide to you. pic.twitter.com/TZNd2Cpd8Q