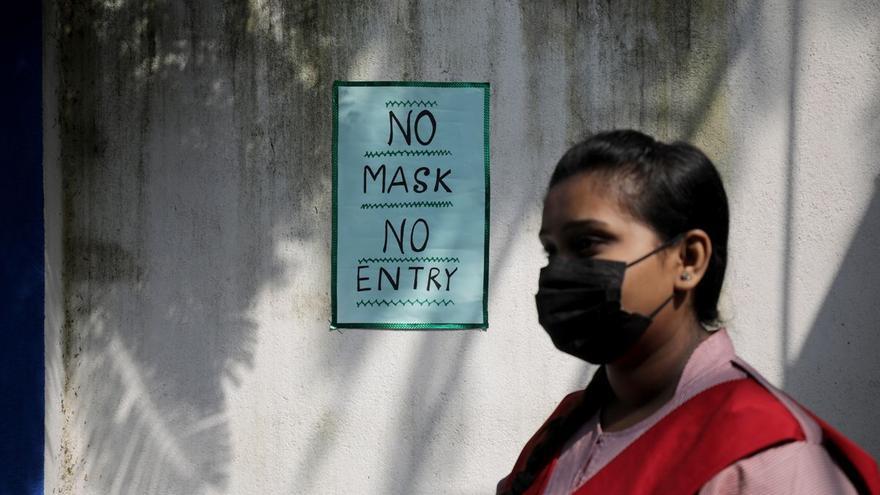 The increasing inequality in access to vaccination of covid-19 between rich and poor countries “it is immoral and suicidal” denounce civil society organizations that once again raise their voices to what they believe may be the last chance to suspend patents -of vaccines and medical devices- at the next meeting of the ministerial conference of the World Trade Organization (WTO) which takes place from November 30 to December 3 in Geneva (Switzerland). “We have been able to apply the complete guideline; in some cases, even a third dose, but there are poor countries, especially in Africa, where that percentage does not reach 5% “, criticizes the doctor Fernando Lamata, public health expert in conversation with THE PERIODIC OF SPAIN.

This Thursday, organizations like Doctors of the World, Fair Access to Medicine, Farmamundi, Citizen Association for the Promotion and Defense of Health of the Valencian Country (ACDESA), Medicines at a Fair Price and Medicosmundi -representatives of the 50 associations (in Spain) and 400 (in Europe) of the platform Right to Cure– they will again ask publicly for it to be increased radically vaccination against coronavirus worldwide.

In October 2020, India and South Africa They asked the WTO to allow all countries to choose not to grant or enforce patents or other intellectual property measures for vaccines, drugs, diagnostic tests and other technologies for the coronavirus while the health crisis lasts and until it is reached a group immunity Worldwide.

The blockade of Europe

The meeting that will take place in the next few days in Geneva, say from the NGOs, “it is a turning point of whether we really intend to end the pandemic.” They denounce the position defended by the European Union before the WTO, which continues to block India and South Africa’s proposal to release patents for covid-19 vaccines, despite what was agreed last summer in the European Parliament.

In a resolution approved with 355 votes in favor, 263 against and 71 abstentions, the Eurochamber proposed opening negotiations for the temporary suspension of the patent agreement within the WTO to expand global access to virus-related health products and address production restrictions and global supply shortages.

However, near the end of the year, Fernando Lamata, honorary president of the Association for a Fair Access to Medicine (AAJM), warns that the situation has not changed and it is necessary to call attention again so that this liberalization is suspended and the covid-19 vaccine can be massively manufactured “in the short term, at cost and the entire population.”

“Technically it is possible but the political decision is needed, which is blocked,” he continues. Before, make a first consideration: the pandemic “continues to kill, is still active. The vaccine protects against the most severe disease and death, but covid-19 continues to affect, also in Spain. Yesterday, there were 4,000 new infections and there are people who die and we should continue to worry “.

Fernando Lamata points to Europe. The World Health Organization (WHO) estimates that the pandemic could cause half a million more deaths until the beginning of February, at a time when the continent remains on alert for the constant increase in infections and, doubly dangerous, the new wave of unvaccinated that has made countries like Austria decide to confine anyone who refuses to be immunized.

For Dr. Lamata, if a new wave came, with the emergencies and hospitals collapsed, there would be more awareness of the need to vaccinate the whole world

“It seems an issue that does not affect us. If a new wave came, with the emergencies and hospitals collapsed, maybe someone said, this may have had to do with the fact that it has not been possible to vaccinate in the South. We talk when our shoe squeezes us. Our job is to warn, like little crickets: that these infections are taking place is a time bomb that can explode at the doors of your house, apart from being an immorality of which we are accomplices, “says Fernando Lamata.

The reality at other points is a lot harder. Vaccines are missing. “We have been able to put the full schedule, in some cases, even the third dose; but a massive vaccination is needed, but not only in rich countries, all over the planet. As long as the virus continues to circulate, we will continue to be at risk”, Dr. Lamata points out.

In developed countries, he warns, the percentage of vaccinated moves around 80% while in others, much more disadvantaged, especially in Africa, the average is less than 5%. “That difference is immoral, unjust and suicidal in the medium term. If we do not pay it in this pandemic, we will pay it in the next one because we have not corrected the problem of the monopoly of patents, “he asserts.

Faced with this reality, the attitude of the EU, continues the public health expert, has been to block the proposed India and South Africa. In the case of Spain, he continues, he expressed his support for this liberalization, but “as it is in the EU bloc, in practice it continues to oppose it.” It is urgent, as soon as possible, a change of course, says the doctor “not only for this situation, but for it to be a permanent agreement so that in medicines and vaccines there can be no patents. Those patents kill“.

For the representative of the Association for Fair Access to Medicine, the donation of vaccines is not the solution

The forecast for the future is not good, according to the doctor. Consider that the strength of the pharmaceutical industrya “is much greater than that of governments” and it is likely that they will continue to impose their criteria on rich countries and “block these measures in all international organizations until there is a catastrophe ten times greater.”

For the representative of the Association for Fair Access to Medicine, the vaccine donation It is not the solution. Last October, the Prime Minister, Pedro Sánchez, announced an increase in the expected delivery by Spain that will make it reach the 50 million doses. “Donations are a face wash for the awareness of our immorality as rich societies. What is clear is that it does not solve the problem that today almost 100% of Spaniards have two doses -and after the third the fourth or fifth will come, each time at more expensive prices- and there are countries with less than 1%“, concludes the doctor.