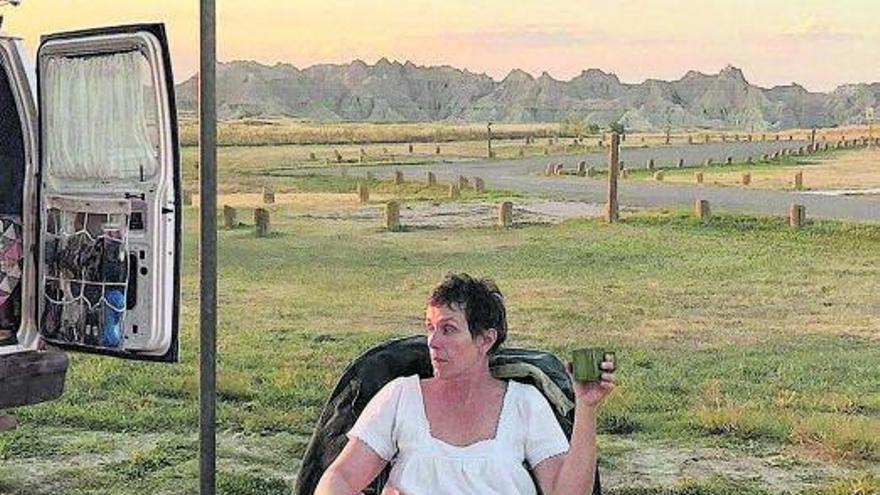 But not only that, we have witnessed a real revolution in thematic and diversity issues. Never have candidacies reflected so many problems that are in the spotlight of the social debate. Old age and care in The Father; the anti-racist struggle in Judas and the black messiah; Korean immigration to the United States in Minari. Family history; the disinherited from the system who are forced to live on its fringes in Nomadland; sexual violence against women in A Promising Young Woman; and mental health and addictions in Sound of Metal. Only David Fincher’s Mank and Aaron Sorkin’s The Chicago 7 Trial (despite their purely vindictive pro-freedom mood) could be considered canonical films within these awards. A coincidence that both are from Netflix, so the schemes are blown up again.

Many might think that it is almost a political agenda that is responsible for reviewing the issues that have marked the last few years. Others believe that this change had to come sooner or later, because an antediluvian model could not continue to be perpetuated that did not make visible the contemporary voices and demands of historically forgotten collectives. These transformations have been taking place very little by little. Six years ago the hashtag #OscarSoWhite was promoted to denounce the absence, for two consecutive editions, of black directors and performers. That year, 92% of the nominees were men and 86% of the films were starred by white actors. It would be followed by the #WhiteWashedOUT promoted by the Asian community that cried out to heaven for its marginalization in the Hollywood system, and of course the #MeToo, which was in charge of denouncing the machismo, abuse and sexual violence that women had suffered in within the industry. All this at a very delicate moment in which Donald Trump had risen to power, hate speech against minorities and women increased, racial violence exploded again and barriers were raised to exclude immigrants in a panorama of deep tension Social.

Also Read  The EU accelerates with the covid passport to save the summer, but not at any price

The Oscars could not continue to turn their backs on all this plurality of voices. So, to demonstrate its commitment, the Academy began inviting professionals from around the world to become part of a renewed film family. His goal: to balance the curves and percentages that, until now, had been responsible for discriminating against women, non-Caucasian races, and any other non-American nationality.

Little by little things began to change. Nobody expected that Moonlight would win the Oscar in 2017, nor that Let me go out would become the surprise of 2018 along with a fantastic metaphor about the difference such as The Shape of Water. But really the revolution would come in that mythical edition of last year in which a film spoken in Korean and starring indigenous authors, which had absolutely nothing to do with Hollywood, Parasites, won four Oscars: best film, best international film, best script and best direction for Bong Joon-ho.

Borja Cobeaga, a member of the Hollywood Academy since 2007, believes that that moment was the true turning point. «It is evident that the two avenues proposed by the Academy have worked: on the one hand, opening it up to members who better reflect the diversity of cinema, especially at the international level, and on the other, raising awareness among those who were already part of it of that the rules of the game had changed ”, says the director and screenwriter.

“Hollywood is always awake,” continues producer Enrique López Lavigne, a member since last year. “It opened its doors to German and Italian immigrants fleeing fascism and has now realized that it cannot continue to turn its back on the world and that its goal is to become a Global Academy in which we all feel represented.”

Bárbara Peiró, producer of El Deseo, is of the same opinion: the key for us to attend this bunch of films that defy conventions this year has to do with that spirit of openness. «I don’t know the number of new members each year, but they are many and varied. They called me to take part and it is quite paradoxical that I can vote at the Oscars and not at the Goya. Like me, there have to be many people in the same conditions and it seems normal to me that the new members do not vote in the same way as those in Los Angeles do, which until now had the hegemony.

Also Read  'What do we see when we look at the sky?': The voice of a filmmaker against the tide | Culture

“I think the issue of political correctness is very American. And that implies including minorities, certain issues. But sometimes it happens that it remains a mere symbol or has artificial results. It just happened in the Baftas. For the first time, the nominees have been chosen by committees and that has brought wonderful surprises, such as the nomination of Jasmila Zbanic for Quo Vadis, Aida ?, or the interpreters Bukky Bakray for Rocks, Wunmi Musaku for His House or Alfre Woodard for Clemensy. But who wins in the end? Frances McDormand, who doesn’t even go online to say thank you for the award. That is why I think it is an unfinished revolution ”, reflects Bárbara Peiró.

Actress Irene Escolar, who has been part of the Academy since 2019, adds that it is not random that all these films are nominated for Oscars. “Nothing escapes them and they are obviously very intelligent when it comes to listening to what people are asking for. That is why the large producers have smaller divisions that are the ones that give them prestige and dare to take more risks. They put residual money and they get prizes. It is a feedback mechanism and, obviously, there is nothing casual about it, it is all well thought out ».

The direction of the industry

Manuel Yáñez Murillo, critic of Fotogramas magazine and contributor to the prestigious Film Comment Magazine, thinks that with the absence of large productions that could grab the box office, the Oscars are a fairly faithful X-ray of industry trends: the emergence of new directors, a more plural indie sensibility and openness to foreign productions. However, he dares not predict that these changes will be permanent.

“We must not underestimate Hollywood and its ability to rearm itself and design and impose new forms of film production, distribution and promotion,” says the specialist. “It will be interesting to see if the filmmakers and sensibilities that now seem to gain ground will know how to mark the discourses of the popular cinema of tomorrow.”

Has the pandemic had something to do with this change in mentality? Enrique López Lavigne believes that the system was not prepared to react to something of these characteristics, despite the fact that the consumption paradigm was already changing and that a window had been opened for the viewer to relate to the audiovisual product in a different way.

Perhaps that is why the public has approached better and more calmly to the stories that connect with the spirit of the times: that speak of loneliness, misunderstanding, anger, abandonment, loss of identity, of fight for freedom, identity crisis, economic hardship, the need to get rid of taboos or connection with oneself. And the films nominated this year also talk about those things.