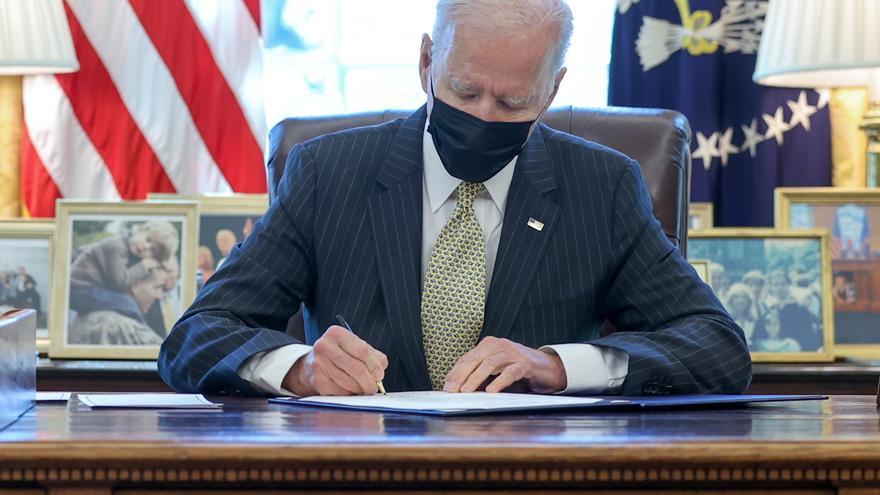 In September 2020, the federal government approved that the owners could not evict people, because taking them out on the street would expose them much more to the virus. In January, already with Biden, the protection against evictions is extended until the end of July; In addition, Congress approves billions of dollars to help tenants and landlords. The Supreme Court warned that only Congress, not the administration, has the power to stop evictions in the future. As the term ends and Congress cannot agree, the Democratic representative, Cori Bush, He camped out in front of the Capitol to pressure the White House. After a few days Biden accepts the proposal to extend the ban on evictions until October, although the Supreme Court will probably overthrow it, and while he buys time for the approved money to reach the tenants.

With the repeated lie that Trump’s elections were stolen and the count was cheated, the right wing in more than 40 states “has presented at least 253 bills aimed at restricting the right to vote, mainly affecting voters of color”(Amy Goodman. Washington Post. 8-March-2021). Eighteen of them have already seriously restricted it. For instance, early voting is reduced and by mail. Texas limits the procedures that black and Latino voters used extensively in 2020. Texas Democratic deputies left their congress to demand a blanket law on the right to vote for the entire nation from the federal House of Representatives. Biden he reacted with a timid speech about Georgia’s right to vote that left many progressives disgruntled. The left of his party wants an end to obstructionism in the Senate and accuse the president of not keeping his promises: to pass a federal law on the right to vote, and to reform the obstructionism.

Obstructionism is based on Rule 22 of the Senate regulations: to put an end to the deliberations and go to the vote, the consent of 60 senators is necessary (currently there are 50 Democrats and 50 Republicans) with which they can block any vote. This system has been used by the right wing to block practically all progressive bills: the civil rights laws of the last century, the one that tried to establish lynching as a federal crime. The democratic bloc majority in Congress expects to be able to pass a large number of bills in the coming months: the law John Lewis advancement of the right to vote, to protect electoral rights; the George Floyd Law of Justice in Police Surveillance; the law to increase the minimum wage to $ 15 an hour; and the 3.9 billion Green New Deal budget project to combat climate change, early care and education, and Medicare for all. Two Democratic Senators oppose the absolute end of obstructionism so biden He has proposed reverting to the old system of talking incessantly for hours to avoid voting, which they seem to accept. Republicans have threatened a “scorched earth” policy if filibuster is removed. Democrats are left with “the nuclear option” that allows what they call “a new precedent” and reform through the pronouncement of the simple majority. It was done in 2013 – the Obamacare law – and in 2017, for Trump to appoint Supreme Court justices.

To finish fixing it this year, the mandatory decennial census is carried out, which is presented this month. The censuses by states in which the 331,449,281 North American citizens reside. This is how representatives by states are updated, which influences Congress; and within each state parliament the republicans are proposing modifications of the electoral districts which could give them an absolute majority in more than twenty.

Not even having a majority, as it hasn, in Congress and Senate they let the Democrats rule. They need to end obstructionism, before the 2022 by-elections.