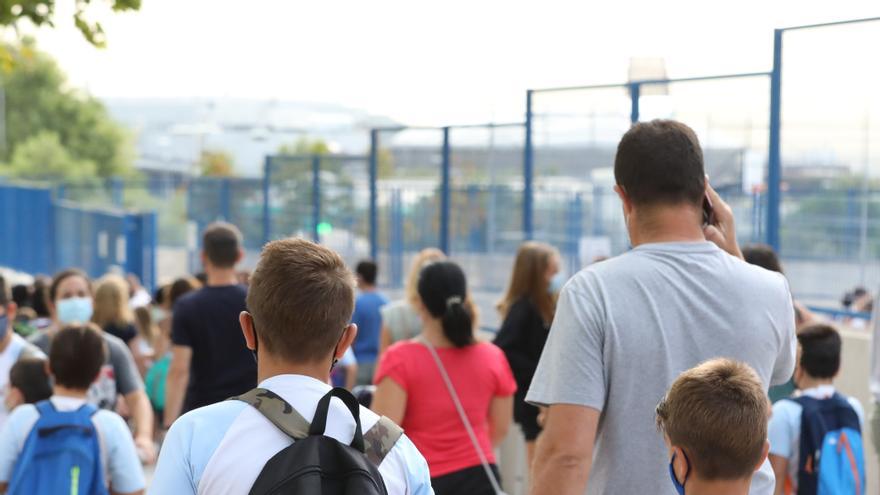 The Organization for Economic Cooperation and Development (OECD) has once again emphasized, in a new report published this Thursday, the high school repetition rate in Spain (up to almost 7 points above the OECD and the EU in some educational stages), as well as its high unemployment rate among young adults without post-compulsory studies, some 12 points above the average for OECD countries .

According to the report, entitled ‘Education at a Glance 2021’, in which the Ministry of Education and Vocational Training participates in the preparation of the Spanish report with the most relevant data from Spain, in the first stage of secondary (1st to 3rd of ESO), there was 8.7% of repeating schoolchildren in 2019, when the OECD average is 1, 9% and the EU average of 2.2%.

And in second stage of high school (4th ESO, Baccalaureate, Basic Vocational Training and Middle Grade), 7.9% of students in Spain repeated a year, compared to 3% in OECD countries and 3.3% in the EU.

On the other hand, the report indicates that the percentage of the Spanish adult population (25 to 64 years) with post-compulsory studies has risen 10 percentage points between 2010 and 2020, until reaching 62.9%. And, for the first time, the percentage of the adult population with higher education, which rises from 31% in 2010 to 39.7% in 2020, exceeds that of the population with basic studies, which falls from 47.1% to 37.1 %. In the same period, the proportion of adults with upper secondary education has gone from 21.9% to 23.2%.

On the other hand, the post-compulsory high school graduation rate -the percentage of the population that is expected to graduate throughout their life at that stage- has grown by 8.5 percentage points in the last six years, to stand at 74.7%. Even so, it remains below the OECD average (80.3%) and the EU (80.6%).

In the chapter on financing education, the report notes that the proportion of the national wealth that goes to educational institutions it is significant in all OECD and EU countries. In 2018, these countries allocated an average of 4.9% and 4.4% of their GDP, respectively, to education, while in Spain this percentage reached 4.3% of GDP.

This year, the OECD report takes a closer look at the impact that the COVID-19 pandemic has had on education systems. According to the report, Spain is one of the countries that has closed its schools for the fewest days: between January 1, 2020 and May 20, 2021, the schools of Infant, Primary and Secondary a total of 45 days.

One consequence of the pandemic is rising unemployment among young adults, particularly among the less educated. Thus, the unemployment rate in Spain among adults between the ages of 25 and 34 without post-compulsory secondary education has risen four points in one year, to 27.6% in 2020. In the OECD average, this same figure has increased by two points, up to 15.1%.

Among the Spanish population aged 25 to 34 with higher education, the unemployment rate it stands at 15.1% in 2020, 13 points below that of young people with basic studies.

Regarding tertiary education (Universities and Higher Level Vocational Training), the access rate in Spain, 63.7%, is the fifth highest in the OECD, above the OECD average (50.8%) and the EU (50.1%). 79.8% who complete a university degree in Spain do so in a public institution, compared to 66.2% in OECD countries and the 75.8% in the EU.

25% of tertiary students enroll in a STEM discipline (Science, Technology, Engineering and Mathematics) in Spain, a figure slightly lower than the OECD (27.4%) and the EU (28.2%).

Within these disciplines, parity between women and men is only achieved in natural sciences, mathematics and statistics. However, in others like engineering, industrial production or information and communication technologies, less than 1 in 4 students who start these studies is a woman.

The more training, the more salary

On the other hand, in Spain, tertiary education graduates have an average salary 45% higher than those who have completed the second stage of secondary school. Those who have not completed this last level of education earn, on average, 18% less.

Regarding the differences by sex, women’s wages are consistently lower than men’s: these earn between 73% and 80% of the salaries of men with the same studies in Spain (between 76% and 78% in the OECD average).