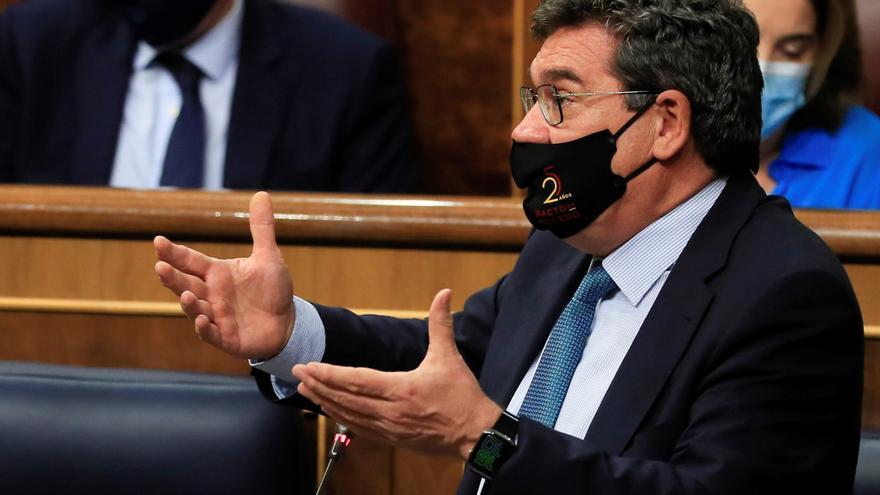 The OECD also believes, like Brussels, that Spain must increase the number of years of working life of the citizen with which the amount of his pension is calculated. Currently, they are the famous Last 25 years of career, which gave rise to a bitter controversy within the Government a year ago, when Pablo Iglesias accused Minister Escrivá of wanting to raise that number to 35 years; A controversy that resurfaced last month, when the European Union (EU) clarified that the increase in that period is one of the necessary conditions for Spain to continue receiving European funds from the Next Generation EU program.

As is often the case with international organizations in recent years, the OECD recommendation is not raised directly, but rather you have to read between the lines to detect it (these institutions discovered in the previous crisis that giving orders to the countries in their documents generated a strong rejection in the target populations, with unwanted electoral effects). In this case, the pressure is part of the great biennial report on pensions of the OECD, ‘Pensions at a Glance’, but it does not appear in the main body of the text, but in the so-called “country notes”, the annexes in which examines the situation in each country.

In the case of Spain, the text highlights that “the vast majority of OECD countries take into account the salaries of the entire professional career to calculate the amount of the pension. In the EU, only France, Slovenia and Spain they use 25 years or less”. Some lines that are inserted in a paragraph that defines as “permissive” the conditions established by Spanish legislation to access 100% of the pension at age 65, which now require 37 years and 3 months of contributions (and that will be 38 years and 6 months in 2027): “Greece and Slovenia will also maintain a relatively short period of 40 years, while France requires 43 and Germany 45,” the document reads.

The OECD text also highlights other aspects in which the Spanish pension system would be, in the eyes of its editors, more generous than those of its environment; the main one, the replacement rate, which is the percentage of the last salary that the first pension represents. The report explains that this rate is 89%, compared to 62% from the OECD average: “this high replacement rate applies from 65 years of age, while to reach the same level you would have to work until age 69 in the Netherlands, in Italy they would have 82% at age 71 and Denmark 84% at age 74 ”, states the document. As usual, the OECD avoids mentioning that wages in Spain are much lower than in the countries with which it compares pensions.

In fact, another aspect that the OECD highlights as characteristic of the Spanish system is that the income of those over 66 years of age is higher in relative terms than the average of the organization: they represent 96% of the average income of the general population, compared to 88% in the OECD, something that would suggest that pensions are not high, but that current wages are rather low. It also draws the attention of the international organization that the age of exit from the labor market is notably lower in Spain (60.7 years, compared to 63.1 in the OECD average), although the retirement age is above (65 years) than the organization’s average (63.8 years).

Criticism of the Rajoy reform

Although in general the texts of the OECD praise everything that is to cut spending on pensions, in the document known this Wednesday they criticize the aspects of the 2013 reform repealed this year that would have contributed to that adjustment: the Pension Revaluation Index ( IRP, which expected an annual increase of 0.25%, regardless of the behavior of prices) and the Sustainability Factor (FS, which would reduce initial pensions based on the increase in life expectancy). Of course, the criticism of the international organization it is not for underlying reasons, but of design and form: adjustments to current pensioners and those made without consensus, he asserts, generate rejection from the population and become inapplicable.

“The IRP led to pensions already in force growing less than prices […] These mechanisms that continually reduce pensions in real terms are questionable, since pensioners have little chance of modifying their income “, explains the report, which draws conclusions for applicants to reform a pension system:” The Spanish case illustrates that a coherent policy over time requires broad political consensus before its implementation. Otherwise, the measures run the risk of being politically unsustainable, leading to reversal and a weakening of confidence. The fate of the IRP also shows that corrective measures have to be applied in time. When financial sustainability has to be restored, measures have to be taken regardless of the evolution of certain indicators: automatic mechanisms cannot replace courageous discretionary measures ”.

The OECD report does not analyze in detail the Intergenerational Equity Mechanism (MEI), the rise in contributions for 10 years agreed with the unions and approved at the beginning of the month by Congress that will serve to replace the FS. He simply says that “it will help mitigate the financial impact of baby boom retirement.” Of course, the text confirms that the resources accumulated with this measure will account for 2.3% of GDP in 2032, while the European Commission’s forecasts indicate that the revaluation of pensions with inflation – another of the measures adopted in the reform approved by parliament – will mean an increase in spending that will reach 2.6% of GDP in 2050: that is, the OECD points out that the savings measures adopted will not be enough to offset the increase in spending that propitiates the last reform.