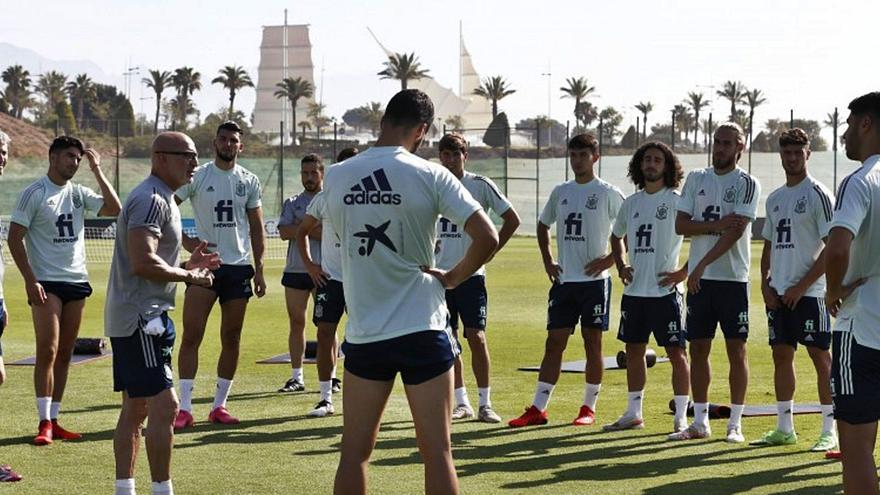 The Spanish olympic football teamHe is going to extend his stay in Benidorm, where he has been preparing the Tokyo Games. The national team was going to stay at the Villaitana hotel until today the 9th, but, finally, it will stay until Sunday the 12th.

At first, the trip to Japanese lands was scheduled for Saturday, July 10. However, the displacement will take place next Monday the 13th. The reason for the delay is to wait for the six players who have been playing the Eurocup with the absolute Spanish team: Unai Simón, Éric García, Pau Torres, Pedri, Dani Olmo and Mikel Oyarzabal.

At first, and after the arrival of Spain to the semifinals, it was decided to postpone the trip to Japan so that the 22 members of the national team could travel together. After the elimination of Luis Enrique’s team, the plan has not been modified and the six absolute internationals will not join the Benidorm concentration and will have a few days off to regain strength.

The Olympic National Coach, Luis De la Fuente, He has preferred that they be with their families and free their heads a bit instead of going to some training that is being demanding, with double sessions. The six “elders” are already filmed from the European Championship and it will be on Monday the 13th when they get on the plane to travel to the Japanese town of Kobe with the entire expedition.

The Spanish Olympic team will play a single friendly on Friday 17 against Japan and the competition will begin on Wednesday 22 July (9:30 Spanish time) against Egypt in Sapporo. The second match will take place on Sunday, July 22 (12:30 p.m.) against Australia, to conclude the first phase of the Tokyo Games on July 28 (1:00 p.m.) against Argentina, a priori the most complicated rival and with whom it will be played. the first place of the group.

Go for the gold

Young Spanish footballers are excited about their participation in the Olympic Games and, in addition, enjoying the experience, they are convinced that they can fight for a medal, even a gold one.

The Osasuna Moncayola midfielder, in an interview with Efe, and after not having attended the European Under-21 match last May due to his positive for covid-19, which for him was a “disappointment”, he assures that “we can enjoy and try gold at the same time; both circumstances are not at odds “, especially” taking into account the great team we have, “he said.

“We are clearly among the big favorites, but we will have to see how the team adapts to a new competition and temperatures as humid as those in Japan. Hopefully we return with the gold, “said the Navarrese player.

For his part, Real Madrid midfielder Marcos Asensio is confident that Spain can do “something great” and does not consider the Olympic event a time to claim their claim and yes to get the gold medal. “I do not think about claiming myself, but about bringing us the gold medal for Spain.”