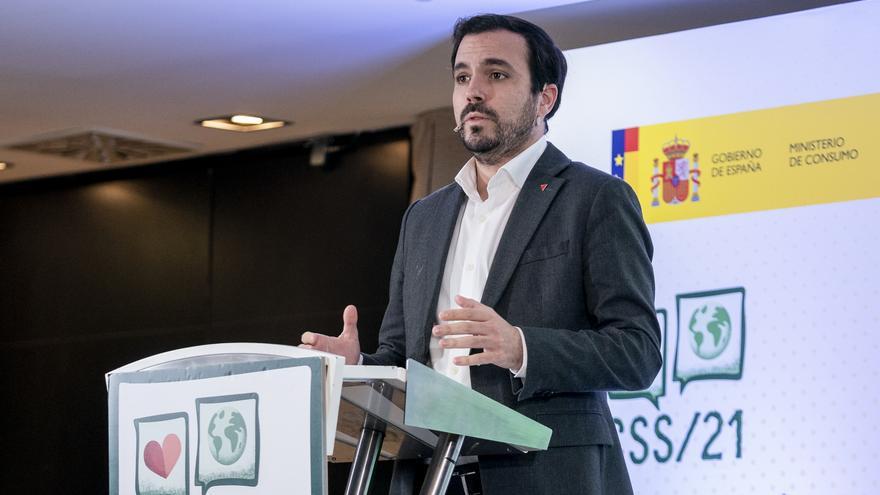 The Minister of Consumption, Alberto Garzón, faces a new controversy over the livestock-meat sector by assuring in an interview in ‘The Guardian’ that large farms “pollute the soil, water and then export this poor quality meat of these abused animals“.

This is the statement of the statements to the British newspaper that has raised the most dust among the livestock sector, the political class and even among Internet users, who have raised this issue to the list of the main trends on the social network Twitter during the day.

The interview with the minister was published a few days ago, but it has been now when the sector has reacted, after the controversy flared after the president of the Junta de Castilla y León, Alfonso Fernández Manueco, also criticize on Twitter the “new” attack on farmers from the “Government of Spain”.

What have you done # CastillayLeón for the Government of Spain to attack our farmers again. We will not admit it. They will have us in front in the defense of the men and women of the field. The Minister of Consumption has to rectify now or resign.https://t.co/R1sNgRMTuy

The minister replied to that tweet assuring that in the interview influenced that extensive livestock Practiced in areas such as “Asturias, part of Castilla y León, Andalusia and Extremadura” it is environmentally sustainable.

And he added: “But Mr. Mañueco is desperate for the ultra-right votes and that is why he resorts to lies and manipulation of the lobbies. Hopefully he will rectify.”

Last summer there was already a political dust cloud when the Ministry of Consumption spread a campaign proposing to eat less meat For health and environmental reasons, a recommendation that has been part of the public debate on a recurring basis since 2015, when the World Health Organization (WHO) advised reducing your meat intake.

In addition, the installation of macrofarms has also caused controversy in different Spanish localities, and its moratorium is one of the proposals for 2022 of the five conservation organizations in Spain Greenpeace, WWF, Ecologists in Action, SEO / BirdLife and Friends of the Earth-.

But the leader of the PP, Pablo Casado, influenced this social network that It is “unacceptable” for the “Government” to pour such statements in foreign media.

For Casado, it is about “another attack on ranchers and farmers and on the image of our country,” for which he calls for “responsibilities and immediate rectification.”

The Citizens Parliamentary Group has taken action and presented a Non-Law Proposition (NLP) in Congress with the aim of achieving a disapproval of Garzón.

This formation has also presented individual requests for the appearance of Alberto Garzón and the Minister of Agriculture, Fisheries and Food, Luis Planas, before the corresponding commission of Congress.

For his part, the spokesperson for Vox in Congress, Iván Espinosa de los Monteros, has pointed out that livestock is the one that still “lacked” the Government to attack, after doing it with “the automobile industry, the sugar industry, the inn industry, the tourism industry and the agriculture industry.”

From the agrarian organization Asaja, have asked the minister to leave office for his “continuous attacks on the Spanish countryside” and believe that the statements are “inadmissible”.

Also Read  The families of the Family

For her part, the head of Vacuno de COAG, Charo Arredondo, has not demanded the resignation because he believes that Garzón “goes against macro-farms”, a type of facility with which COAG does not agree either.

The agrarian organization UPA has requested the “rectification or resignation” of Garzóny that he “abandon his campaign against Spanish livestock”.

From the meat business association (Anafric), your president José Friguls, has complained and has asked Garzón to rectify or, otherwise, it reserves “the right to take legal action”.