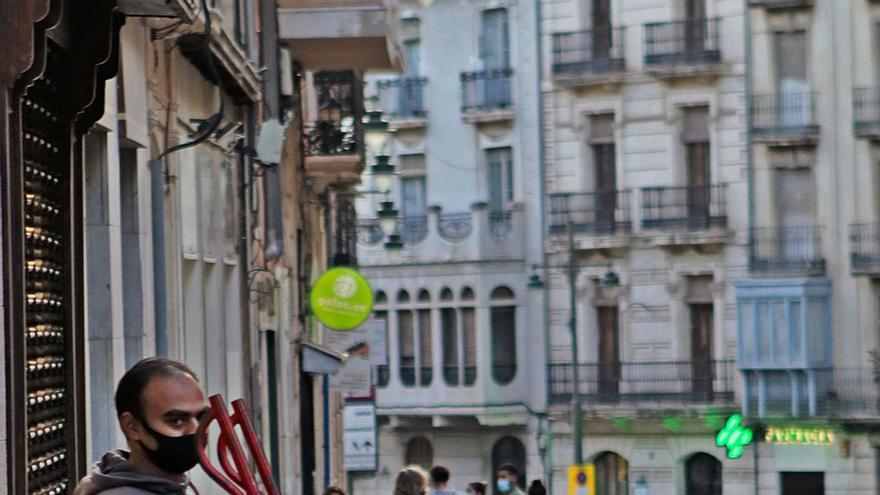 The lack of parking and the obstacles that the regulations place on commercial activity are two of the weak points that Partido Popular and Compromís have brought to light after the activation of pedestrianization on March 29. According to the mayor of Commitment Alcoy, Elisa Guillem, «The new ordinance It is a type of persecution for the residents of the neighborhood, since if the intention was to avoid contamination, the ideal must be that the vehicles do not move, we do not understand how, for example, the City Council it will force the neighbors to move the car every day. On the other hand, we are talking about a neighborhood where old houses predominate, and therefore without its own parking; If the neighbors cannot park in the few car parks that exist, it is not known what they will be able to do and how it will be solved ”.

Guillem assures that “the limited parking ordinance for the city proposed by the municipal government of Alcoy forces to choose between zones for visitors and free zones. The problem arises in this neighborhood because there are many people who do not have their own parking and have to find parking far away because in regulated areas vehicles can only stay for 60 minutes ”. Faced with this problem, this opposition group proposes to make car parks where a percentage is for neighbors and the other for rotating cars, a proposal to which the government has responded that “the computer program cannot discriminate, since it is not perfect and has some shortcomings, something that surprises us coming from a government that takes its chest out of being an exemplary smart city”, Guillem sentenced.

For its part, the PP requires the Toni Francés team to urgently review the authorizations for loading and unloading in the pedestrian zone since the City Council is denying permits to local companies that need to use the loading and unloading areas to supply their products to homes and establishments located in the city center.

The PP spokesman, Enrique Ruiz, warns that many companies have warned that the City Council has denied them permission to access the loading and unloading areas of the pedestrian priority area. Ruiz highlights that the City Council has responded to the permit request stating that they do not meet the requirements for authorization according to the Alcoy Pedestrianization Ordinance, so it cannot be authorized.

Ruiz demands that the Government review the ordinance so as not to block the economic activity of distribution or delivery companies. The PP spokesman emphasizes that “for months our group has been saying that the ordinance was too green to be approved.” It also points out that «this problem can trigger serious problems for freelancers and small companies throughout Alcoy that supply the center and those who have been denied permanent permission for loading and unloading, the solution may not be that they have to request permission every Once they come to work in the center, they have to look for an alternative that adds and benefits the commercial activity and not that becomes a burden for the companies and businesses that give life to the urban case.

Both positions are added to the amount of comments both in favor and against that circulate in the city before the arrival of the pedestrianization that tries to give life to the center but that according to the opposition “has to be worked so that it is beneficial for all and not a ballast”.