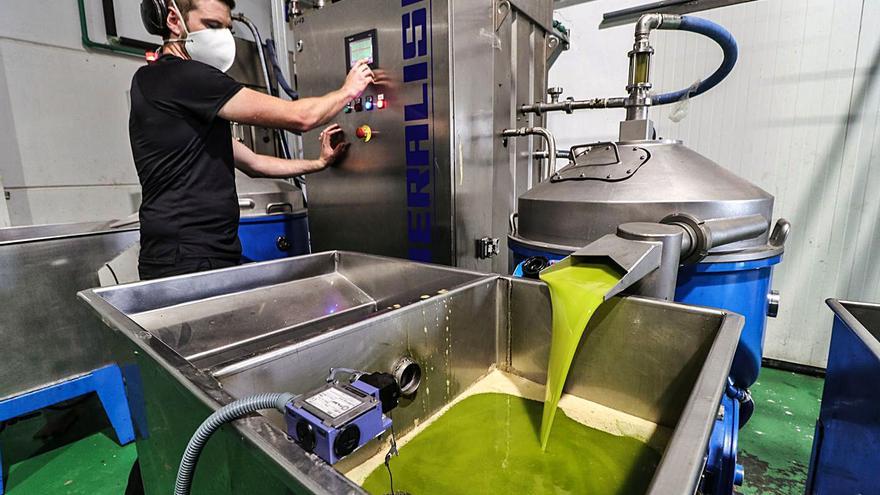 The increase in the area destined to the cultivation of olive groves for organic oil has not stopped growing in recent years, until it has become one of the productions with the largest certified extension in the entire Valencian Community, with more than 5,600 hectares and a production close to the 5,000 tons. The increase, between 2015 and 2020, has been 47% throughout the Valencian territory, a percentage very similar to that of the province of Alicante, where the surface is currently around 3,000 hectares, which is 10 % of the total olive grove.

When explaining production increases, reference must be made to prices. According to data from the Almazara San Cristóbal, from the Alicante municipality of La Cañada, one of the first cooperatives in the province to obtain the certificate of the Committee of Ecological Agriculture of the Valencian Community (CAECV) and one of the main producers of organic olive oil of the Community, the prices paid to its partners have gone between 2.50 and 2.90 euros per kilo for conventional oil, and 3.40 and 3.80 euros per kilo for organic, with an evolution on the rise throughout the campaign that has just ended.

“We are talking about an average of 33% more for producing by the ecological method, which means that, in addition to obtaining higher income and profitability as farmers, we generate a more sustainable production while taking care of the environment”, explains José Antonio Rico, president of CAECV.

The main producing areas of certified organic olive groves are located in Alto Vinalopó, in the province of Alicante, and in Baix Maestrat, in Castellón, followed by Utiel-Requena, El Comtat, l’Alcoià, Vall d’Albaida or la Canal de Navarrés, although with less production capacity.

According to Rico, “we are talking about inland areas, so we can affirm that this type of agriculture is favoring activity in disadvantaged rural areas, helping to establish population and economically revitalize these regions.”

From the Señoríos de Relleu oil mill, its manager, Hugo Quintanilla, highlights that, indeed, the price difference between organic and conventional oil is usually around 30% in recent years, “although it is also true that the costs production are also higher, due to the special characteristics of the crop.

José Miguel Ferrando, from the Almàssera de Millena, also coincides with the best price being obtained for organic oils, also a consequence of the gradual increase in demand that is being registered by customers. “It is a product that, due to its properties, is becoming increasingly valued,” he emphasizes.