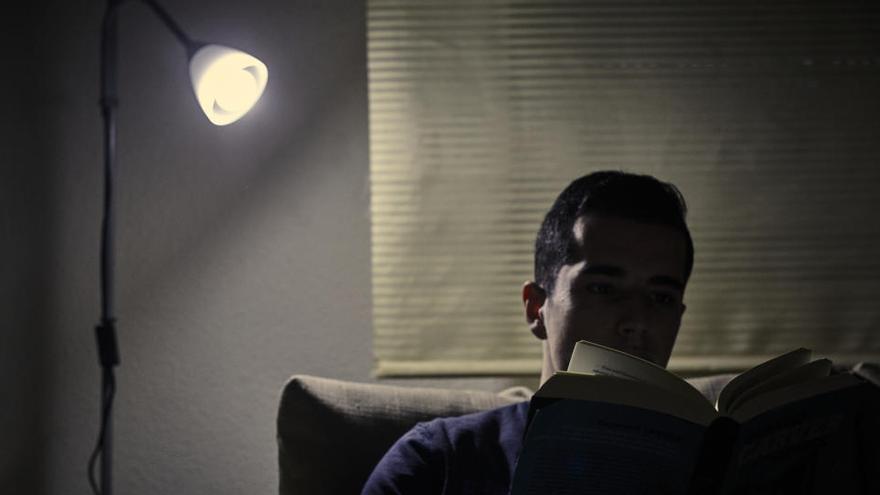 As one of the most popular marketers, Holaluz, recalled from her social networks, invoice for consumers with a rate linked to the regulated market and the Voluntary Price for the Small Consumer (PVPC) became more expensive, while the shares of the alternatives remained stable. Taking the daily average, the peak was marked on Friday, January 8, when the price per MWh reached 94.99 euros, according to the Iberian Electricity Market Operator (OMIE). Considering the hourly data, the maximum exceeded 121 euros a day later.

The price of electricity is not constant: it varies depending on factors such as the final demand for energy or (as happened with Filomena) the weather conditions, which influence the energy mix, that is, the weight of the energy sources. different sources of energy consumed. Renewables such as solar or wind, which lower generation costs, do not produce the same energy 365 days a year and cannot be controlled like fossils or nuclear. The ups and downs are reflected in the daily market auctions, where energy is negotiated 24 hours in advance. With this system, which is marketed by the five large electricity groups (Endesa, Iberdrola, Naturgy, Repsol and EDP), the daily prices paid by the consumer in the wholesale market are contracted one day before. For the 10.7 million households covered by the PVPC, the January records meant paying about 80 euros in the monthly bill, compared to the 67 euros on average corresponding to the same period in 2019, according to calculations by the consumer organization Facua. For her part, the Minister of Ecological Transition, Teresa Ribera, placed between four and ten euros the money that was paid to the elderly.

Things change when it comes to the free market. What the alternative operators sell are closed offers, with a specific kWh price that they generally guarantee for a year and then update. The cost of energy depends, in this case, on the different offers made by the countless companies that exist in Spain. In total, according to the census of the National Markets and Competition Commission (CNMC), there are 641 electric power marketers. A figure that collides with the reality posed by this same regulator: only one in four families knows the difference between contracting electricity in the free market and doing it in the regulated one.

In a context in which the CEO of Endesa himself, José Bogas, recognized -in an interview with Activos- that to understand the electricity bill it is necessary to complete a master’s degree, alternative marketers are presented as the Rosetta stone of such a complex hieroglyph. Simplicity, both in the conditions of the offers and in the billing, is one of the virtues that they usually value, along with transparency. Another of its main strengths compared to traditional electricity companies is the guarantee of finding a price per kWh “stable all year round”. In addition, the claim for 100% renewable and clean energy, which many of them provide, motivates customers who are aware of sustainability.

Avoiding fluctuations in the wholesale market and the general commitment to green energy are variables that can lead to thinking about a cheaper monthly payment – in fact, this is what most of these companies say on their websites. However, the reality is that the alternatives fail to beat the PVPC. CNMC data for mid-2020 reveal that in the regulated market the average monthly expenditure on electricity supply for a standard home was 37 euros, with an average consumption of 188.1 kWh / month. In turn, in the free market the average monthly expenditure was 56.3 euros, with a consumption of 214.4 kWh / month. For its part, in Facua’s analyzes, free market rates always occupy the top positions in the ranking of the most expensive, above those of the regulated market.

This is due to two fundamental reasons, in the opinion of Julio Usaola, professor in the Department of Electrical Engineering at the Carlos III University of Madrid and researcher in charge of the Electric Power Networks and Systems Group. “The PVPC is more variable, although in the long term it is cheaper. For this reason, if a flat price is wanted, the trader tries not to take risks and offers a higher price than expected. Another reason is that marketing costs are set by law in the PVPC, while the free market is not, ”he explains.

When choosing, Usaola advises to read the fine print of the price, the conditions and the combination with other offers. “The best thing is that you compare your current rate and the others that you can find in the CNMC with what you would get with the PVPC”, assures this expert.

To have a real check on prices and conditions, Activos has done simulations with three of these independent companies. The household profile is a contracted consumption power of 3.3kW, an average monthly expenditure in the regulated market of between 50 and 55 euros (taxes included) and an average consumption of 217 kWh / month. In the chosen rates, the flat rates or those with hourly discrimination are omitted; and with respect to companies, those belonging to a large group are excluded (for example, Pepenergy and EnergyGo from Grupo MasMóvil; or CHC, from EDP).

The first is Holaluz. In the case of the «Classic» rate, in which the monthly rate is paid in arrears and the consumptions registered in the meter are billed, the price per kWh that they guarantee for the first year is 0.1760 euros, and the average monthly cost It amounts to 56 euros. When testing the “No Surprises” rate, in which a personalized fixed fee is calculated based on previous consumption, the monthly payment would be 55 euros (taxes included). In this case, at the end of the year the company reviews the actual consumption and regularizes the payments: if they have consumed more than expected, the customer must pay the difference; if you have consumed less, you are credited.

The test continues with Gesternova, one of the first alternatives to start up, in 2005, and the second best valued by users according to a 2020 OCU survey. In this satisfaction ranking it is located behind Som Energía, a consumer cooperative that requires customers to be members to access its services. The Gesternova offer selected is “Me Cambio”, the fixed rate with a price of 0.12450 euros per kWh. The hiring of this rate would have an estimated monthly payment of 58.51 euros (taxes included).

The third company reviewed is Podo, to which Cepsa transferred its electricity and gas customers this past February. With this operator, the cost resulting from the simulation is the same for the two offers requested -one fixed and the other based on consumption-: 47 euros per month (taxes included), with an energy price of 0.119 euros / kWh.

None of these three options requires permanence and all sell electricity of 100% renewable origin. Regarding prices, the simulations show practically no difference with the PVPC contract.