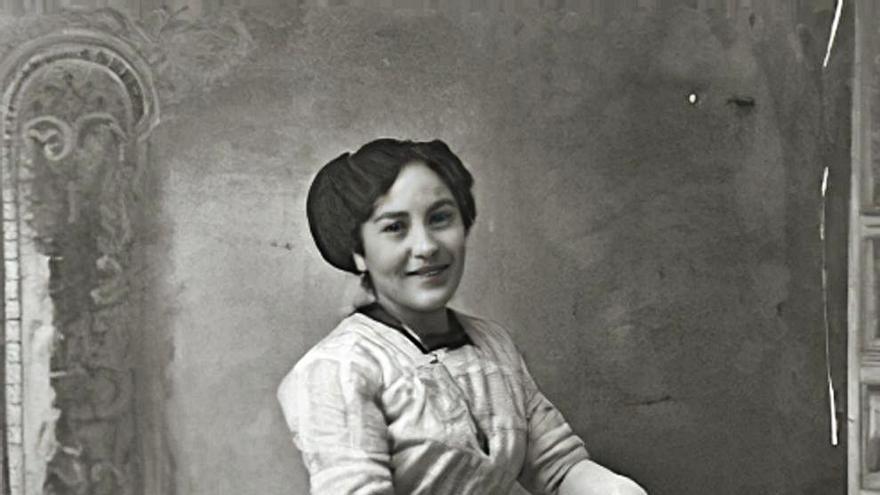 The result of this collaboration is Modern, fighters and pioneers. Alicante women of the Silver Age, a study coordinated by the teachers Helena Establier Pérez Y Monica Moreno Seco -still no publication date- that rescues intellectuals and thinkers who in different fields of culture, politics or science walked together with their male peers to change society.

The Mediterranean Foundation guards La Llum with legacies from some of the most prominent figures of Alicante culture, especially from end of the XIX and first decades of the XX, dates to which that Silver Age corresponds, although only one of them belongs to a woman: the poet Remedios Picó, whose collection is in the Azorín de Monóvar House Museum.

But there is more. The pharmacist Josefina Pascual Devesa was the first woman from Alicante to work at the Pasteur Institute, “at a time when science was not feminine territory,” says Helena Establier, director of the University Institute for Gender Studies Research. Elena Santonja, an artist, was very well known in her time and was in contact with all the artistic circles of Alicante, “but she was practically unknown until now”.

Mercedes de Vargas de Chambó, a freemason and writer in the 1880s, “represents that female associationism through culture.” Two other figures rescued are Carmen Martínez and Asunción Lledó, trade unionists from the Alicante Tobacco Factory.

Manolita Luque, republican and feminist, in the newspaper El Luchador. |

The Catholic action and social commitment of Luisa Gómez de Tortosa, from New York, placed her in a very active position in her time. Social commitment also that of the Alcoyana Amalia García Miralles, with the start-up of schools for the most disadvantaged. “In Alcoy it is known but it had to be removed from local limits.” He also highlighted the pedagogical work of Catalina García-Trejo del Campo, “one of the great teacher educators.”

This study closes the figure of Manolita Luque Albalá, republican and feminist, “who was measured in a you to you with the republican politicians of the time and disputed the square, something that was frowned upon at the time.”

For Establier, “the visibility of the historical work that our women have carried out is very important to build a more just and egalitarian present.” With this work, «we have tried to cover a wide spectrum so that it could be seen that women were present in life at that time and from different ideologies, something that is very interesting to also break the taboo that the figures closest to the left they were the only ones who made their way ».

The other protagonists of the Alicante Silver Age

The figure of women “we want to work in the Llum from any route,” says Carmen Velasco, head of the Legacies Center of the Mediterranean Foundation. “When we started working we realized that all the legacies were from men, except for Remedios Picó.” However, «in the case of Carlos Arniches, his wife was very important to him or in the background of Rodolfo Llopis there are letters from María Zambrano, so the woman is there. I’m sure a lot more will come out when we move forward with cataloging. ”

The president of the Mediterranean Foundation, Luis Boyer, points out that the intention of this research is to “somehow repair the debt that our society had towards these women.” But it will not stop there. “Hopefully this book marks a line of study and work that allows us to continue researching and disseminating the true role that women have played in society.”

The other protagonists of the Alicante Silver Age