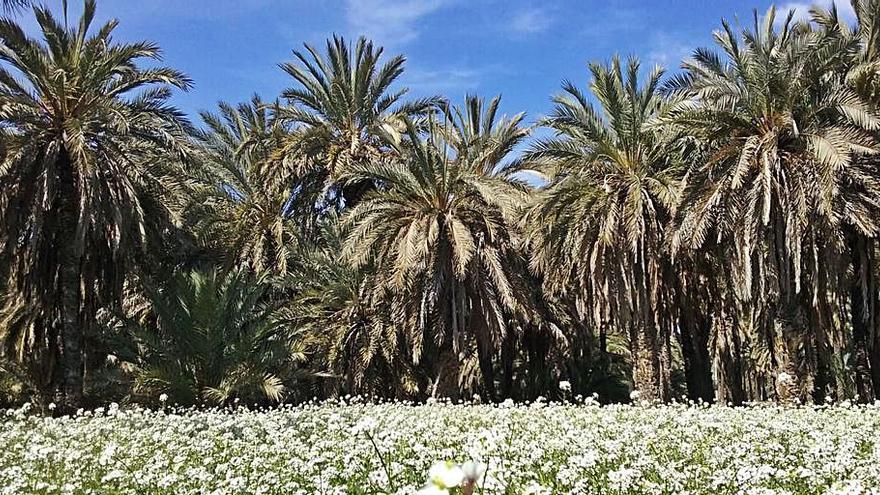 From the interventions heard, from groups and people interested in the subject as well as from technicians, municipal or not, the absence of any representative of the government team is striking. It is unknown why no member, not even the councilor responsible for the issue, wanted to inform directly the regional representatives of the Valencians who, later, have the responsibility of debating and approving the Law. Either he had nothing to say to them or he thought that this was a procedure without further importance. A missed opportunity, in any case.

From Volem Palmerar, together with other intervening parties, we wanted to draw attention to the needs that the new Law must contemplate in order to be effective in protecting the Palm Grove: No more brick should be allowed in the orchards located in the Unesco and Nucleus zones. Too much there is already to build more. Leaving doors open so that, for cultural or tourist reasons … more buildings can be located in them is to allow, through the back door, that the orchards continue to be transformed into something else, which may be very beautiful or very profitable economically, But that is not what Unesco declared protectable or what Elche needs. Find alternative spaces nearby and leave the orchards free of these uses.

Likewise, these more sensitive orchards must be protected from overcasting. There are many areas outside of this rating, it does not make sense to maintain that possibility in them. And it is necessary to foresee measures to recover orchards that stop having the activity that, in its day, was located there as has been the case of some schools, for example. The qualification as rural land of the orchards should also be recovered, as it was in the draft of the Law.

And, above all, what must change is the perception of the Administration, at all levels, of the importance of the palm grove. From the State Government, which should support more of a World Heritage Site such as the Palmeral, to a Generalitat that practically tiptoes over it. The helps and worries are minimal. You must help to find financing for its maintenance, as it does, for example, with the Albufera de Valencia. He is missed a lot, it is not fair that it is only the City Council of Elche that assumes the maintenance of this property.

Although the one that has to change its policy on the palm grove the most is the City Council itself. It seems that the fact that it is a World Heritage Site is only useful for advertising. You have never adapted your PGOU to this new reality. He continues to see the palm grove as something too expensive for his coffers and in which he must save. Hence comes the gradual reduction of its staff of palm growers and of means for their care; the null policy of extension and renewal of copies; the contempt with which they treat each other on public roads, drowning them in cement; the increasing number of palm trees that are not being replaced (it seems that this causes less expenses); the disregard for efficient irrigation and adequate water that allows the palm trees not to suffer the squalid irrigation they have today, and that motivates the increasingly frequent fall or felling of specimens; or the obsession to eliminate any vegetation that grows in today’s barren terraces, also using large amounts of pesticides and refusing to return to agricultural use to them; the lack of concern for research (the T. de la Palmera Institute was a joke); etc.

The new Law must be approved, but it must be improved in these very important aspects and, above all, the City Council must also improve its treatment of the palm grove to prevent it from disappearing little by little.