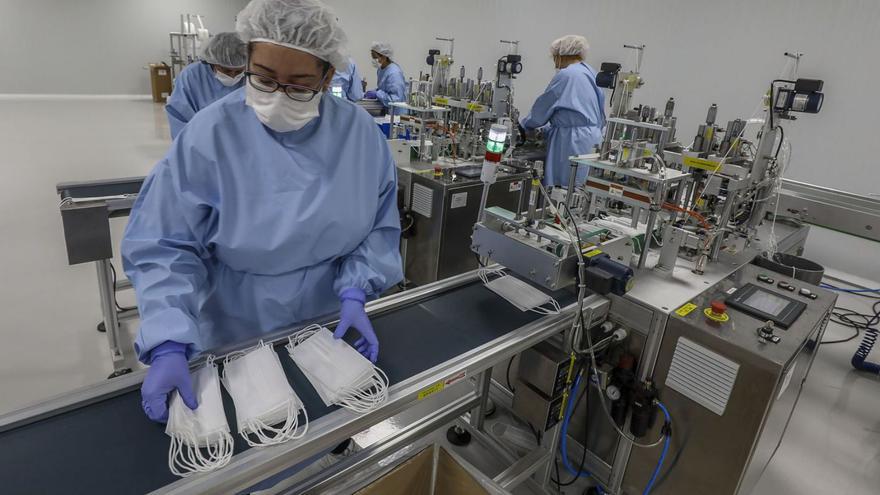 Despite the effort made by many industries to transform their production and respond quickly to the demand for masks or hydroalcoholic gels to curb the pandemic, or the changes that many other companies had to introduce to meet the increased demand for online orders, the truth is that, in general terms, 2020 was not a good year for business innovation. The drop in billing, the uncertainty about the consequences of the crisis or the paralysis of activity due to confinement caused many firms to reduce their budgets in this section.

That yes, a cut that did not affect all the autonomies equally, and that goes from the decrease of 39.6% in which investment in innovative activities fell in Aragon, to the slight increase of 0.8% that was registered in Navarra, according to the latest data from the National Institute of Statistics. In the case of the Valencian Community, the decrease was 17.1%, which represents a drop five points higher than the Spanish average, which was 11.9%.

Specifically, compared to the 1,556 million euros that companies allocated autonomously to R&D, the improvement of their products or services, or the optimization of their processes in 2019, during the first year of the pandemic the figure fell to the 1,255 million euros. In this way, the Valencian Community hardly concentrates 7.4% of the expenditure that companies execute on innovation in the country as a whole, below the weight that the Valencian economy has in the national GDP, which was in that year of 9, 3%.

On the contrary, the region where the most was invested in this item was Madrid, where spending on innovation reached 5,267 million, only 5.8% less than the previous year, which represents 30.8% of the national total. It is followed by Catalonia, with 4,512 million (14% less), which represents more than a quarter of the total. The Basque Country is in third position, with 1,493 million, which represents 8.7% of all innovative investment in Spain, despite the 12.8% decrease that it also recorded.

Another of the distinguishing features of the Valencian Community is the distribution of spending within this area. Thus, while at the national level internal research and development (R&D) processes represent the highest percentage, with 49% of all the money invested, in autonomy it only represents 35.8%. On the contrary, Valencian companies allocate more budget to other innovation activities, such as engineering, creative design, marketing and brand value activities, intellectual property, training or software development. Some activities that take 58.7% of all spending in this area in the Community, compared to 40.7% representing national level. Finally, spending on the acquisition of external R&D accounts for another 10.26% of the pie at the Spanish level, and only 5.4% on autonomy.

The CEV employers downplayed this fall and recalled that 2020 was a “very atypical” year, making it difficult to draw conclusions. In any case, they recalled that in the years prior to the pandemic, the Valencian Community seemed to have taken the correct path in this field, with a significant increase in spending on innovation. Thus, they pointed to the recent Redit study that indicates that the Community is the autonomy that had improved the most in the European RIS 2014 indicator in recent years, with an increase in private investment in R&D of 45% between 2014 and 2019, 15 points above the Spanish average.

Even so, from the organization chaired by Salvador Navarro they insist on the need to increase the investment effort in this area, and on the need to promote public-private collaboration, and ensure that innovation also reaches SMEs.

Also Read  Biden says that in 10 days 100 million vaccines will have been administered in the US, one of his goals

Only textiles and IT raise your budget

The cut in the allocation for innovation was generalized in 2020 in almost all sectors. Among the few exceptions in which it increased are the clothing industry, which went from spending 74 to 93 million in innovation throughout the country; the energy and water industry (306 million) and, above all, the programming and consultancy industry, where it reached 1,907 million, 18% more.