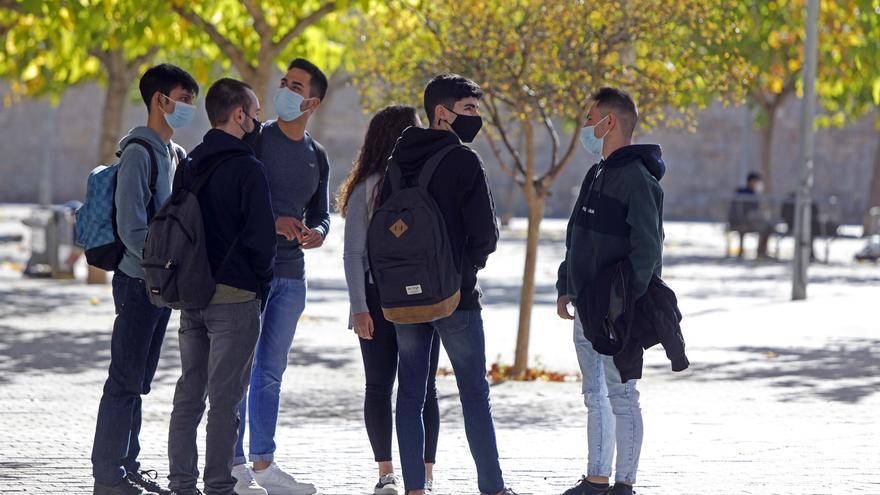 The percentage of young Spaniards considering emancipation has fallen to 32.8% in 2020, 15 points less that before the pandemic of the Covid-19, when they were 48%, according to the ‘Youth in Spain 2020 Report‘, prepared by the Institute of Youth (Injuve), which also shows the commitment of youth to gender equality, education or the environment.

The report, presented this Wednesday, is based on interviews with 6,467 young people between 15 and 29 years old, residents in Spain, who have been asked about the situation of education, employment, emancipation, because of their interests and attitudes regarding leisure, sexuality, gender equality and the climate change, as well as the effect that the pandemic has on their lives.

Regarding the reasons for not becoming emancipated, in general, 75% of young people say they do not do so for lack of stability or sufficiency of income.

Likewise, the study shows that the Covid-19 crisis has also affected the reproductive desire, increasing the percentage of young people who do not want to have children from 16.8% to 18%.

It also reveals that the Covid-19 pandemic has deepened problems such as precariousness and job instability. More than half (52%) of the young people interviewed have temporary contracts, a temporality 30 points higher than that of the rest of the population. However, almost 38% would like to work longer hours.

At the same time, almost 4 out of 10 unemployed young people believe little by nothing that they will find a job in the next year, while 66% consider that, after the pandemic, their job and economic opportunities will be worse than those of previous generations.

Likewise, the report highlights the effects of the pandemic on education. Specific, 60% of young people believe that their use of the academic year has been significantly reduced; and 11.2% claim to have learned less than half of that in a normal year.

Half of the students also declare that the supervision of the teaching staff is better in face-to-face teaching and almost 8 out of 10 prefer this method to online.

The report also addresses the psychological impact of the pandemic and confinement that has affected 32% of youth, this impact being more intense among women.

On the other hand, the study confirms that youth interest in politics remains close to 40%, doubling the figures of the previous decade, and with work, education, housing and equality, the topics that most interest young people (8 and 9 points out of 10).

In addition, the data shows that gender inequality is an issue of interest to 77% of youth, and that 83% consider that sexist violence is one of the most important social problems.

Only 54% of young men declare themselves feminists

In any case, Gender equality is the cause that has most mobilized youth (38%), followed by education (15.5%) and climate change (14.9%). Thus, 77% of young students have participated in some type of student action, the most frequent being participation in a student strike and voting for representative bodies, both with 58%.

On the other hand, 4 out of 5 young people surveyed are interested in issues related to the environment, this interest being particularly intense in the 14 and 19 age group. Almost 5 out of 10 young people feel a “maximum” concern for the environment (47% compared to 17% of adults).

According to the Injuve, the conclusions confirm the consequences of the so-called “lost decade” of a generation of young people facing their second great economic and social crisis, after that of 2008.

However, the general director of the Injuve, Maria Teresa Perez, sees in the data a youth “supportive, nonconformist, open, inclusive, participatory, aware of the inequalities and discrimination that exist and prepared to take on the challenges and necessary changes in the fields of education, digitization, ecological transition or the eradication of machismo and its violence “.

From the Injuve they assure their commitment to “improve the operation of job placement plans such as Youth Guarantee”, to “implement measures related to housing that help young people to be truly independent”, to “offer enriching leisure and mobility alternatives” and for “the strengthening of the youth associative fabric”.