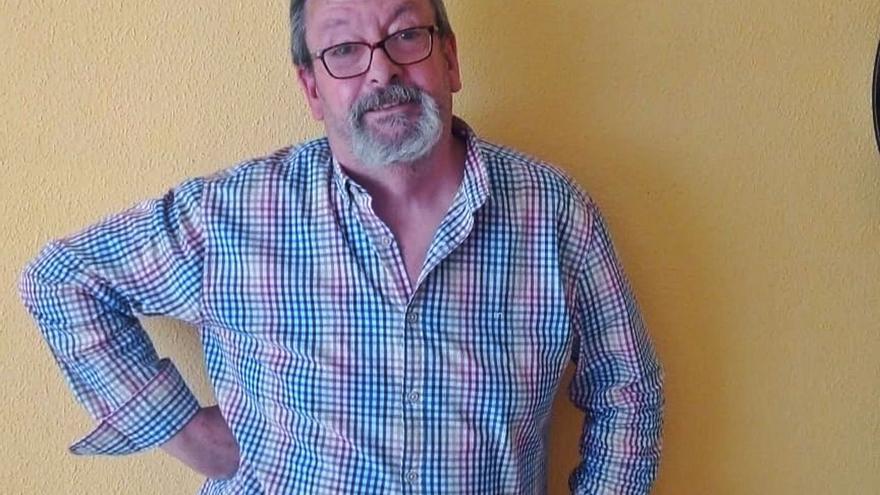 In general, what has been seen the most is fear, anxiety. But also a lot of low mood, depression. It is an inescapable situation, because it does not depend on oneself. We are a bit confused, society in general. A good number of them have forgotten about the covid, but the covid does not seem to have forgotten about them. Physical and psychological consequences remain.

And in the toilets?

A doctor is used to dealing with death, what he is not used to is dealing with this debacle. There have been moments of the pandemic that have been apocalyptic, of occupation of beds, of ICUs … The toilets have been very bad. They have come to reproach each other and things like that, to the point that they have had to get together as a group to raise the situation.

Has it also taken a toll on the relatives of those who were admitted to the hospital?

In the case of family members, their relative enters through a door and they remain outside. Suddenly you are in ICU or you pass away. In these cases the work is support basically because it is a reality that is there and that must be faced. You have to accompany them and let them express everything they can emotionally. Help them get it out, which is all about. In addition to those who have lost a relative, there are those who enter inside and do not know what is going to happen. That uncertainty generates a lot of anxiety, a lot of fear.

Is it a ‘shock’ for everyone?

Also Read  The fear of getting seriously ill from Covid-19 hurts the chances of being hired, reveals study

This has caught us all very new. There was nothing planned for something like that and suddenly a lot of things had to be created. Of nothing. Public Health is good but who expects something like this? We have been able to fail but half humanity has failed.

How was it dealt with?

In the support groups at the hospital, it was simply considered having 15 minutes to be able to breathe calmly and take care of oneself. With the streets in the ‘Walking Dead’ plan, with everything empty, with the Police and Civil Guard controlling everything and you driving yourself in the hospital with this problem. Even the people who are dedicated to mental health, we were very touched.

What moment has been the toughest this last year?

I think it is something personal for each one. I and my colleagues have lived it in a way. My family was limited to going out to the balcony at the beginning at 8 pm. I got up in the morning, went out into the street, there was no one, Police and Civil Guard controls, went to the hospital and returned home. The first two weeks are fine, but by the third week, at 8 p.m. to cry, not to clap. The hardest of all was the first wave, it was horrible, for me particularly. Although the numbers said otherwise, the impact of the first wave and everything that followed behind, was an apocalyptic scenario. It was like being in a war. For the health workers it was the worst moment because you didn’t know what you were up against. Companions came to consult that they had left their house not to share a home with their family to protect them. It all seemed very hard to me.

When everything is over, will there be someone who begins to have sequels?

Yes. Anxiety works like this. Now there is a real danger and the body’s response is to face it with anxiety, as if waiting for it to attack you. But when everything happens, people let their guard down. Then comes the depression, comes the ‘I’ve already been there’, ‘I’ve gotten over it’. There are going to be important psychological consequences; both in toilets and in patients. We are all people.

Will professionals be relieved when it returns to normal?

The toilets who have faced this will breathe a sigh of relief and the effort will be made. As they said: “Anxiety and depression are not signs of weakness but of having remained strong when maybe you couldn’t.” Now the Health is strong, but when everything passes we will have to see what happens. Something that happens in general in life. It can be applied to everything.

Has the vaccine also been a relief?

Does the pandemic also affect psychologically even if the covid has not passed?

Sure. For example, applying behavioral activation does not even consider it because precisely what the authorities are prescribing is something that is asymptomatic in the most seriously mentally ill: isolation. Those with a severe mental disorder are already self-isolating. Not leaving home, not traveling, is counterproductive. But also for pathologies of people outside the covid such as depression, anxiety or other disorders, it is hard to help them because what can be done is very limited.

People who spend weeks in the ICU, what care do they need when they leave?

Some come out very confused and discouraged. Those who have been there, on a psychological level, are still there. Her life has been in danger, she has been saved. They are now in the take-over phase and are down. The physical consequences join the psychological ones, it is very difficult to separate one from the other.

Has society got used to negative numbers?

There are two psychological processes: sensitization and habituation, which are incompatible. The more sensitivity, the less room, and vice versa. People get used to death figures and it is not that they are insensitive. People keep dying, we must not forget it.