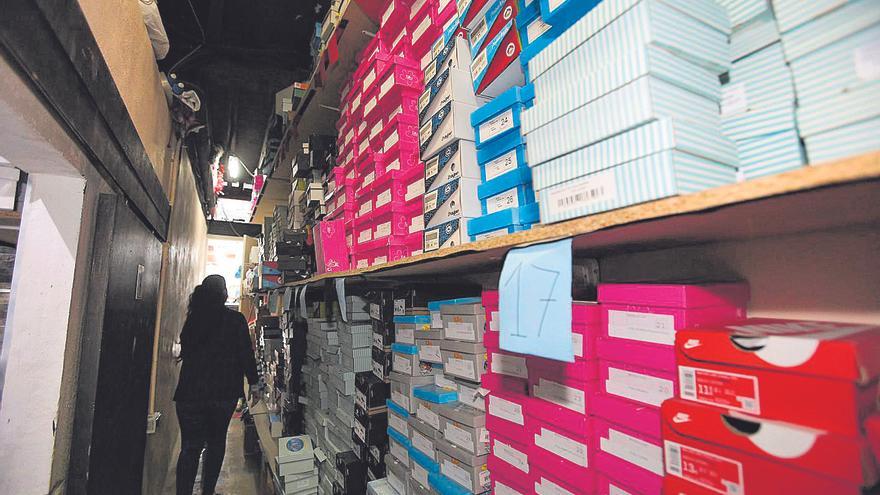 This is how the last one reflects DBK Sector Observatories de Informa, which also reflects that, together with manufacturers, it was the small independent stores that took the worst part, while the chains and hypermarkets and other mixed businesses – which sell more than one type of product – resisted the best. drop.

In total, according to the aforementioned business and financial information company, footwear retail sales totaled $ 1.95 billion last year, which represented a decrease of 35.9% over the previous year’s figures. Or, what is the same, almost 1,000 million less income. A fall that, logically, affected first of all the shops themselves, but also the manufacturers that supply them.

“In the case of exports, you can always compensate a destination that fails with another that is better, but with the national market you don’t have this possibility. That is why the sector has been committed for years to internationalize and diversify its destinations as much as possible “, recalls the president of the Valencian Association of Footwear Companies (Avecal), Marián Cano, who acknowledges that the situation of the domestic market was worse than the foreign one last year.

«In Spain consumption fell more. We came from a worse situation, we had not yet recovered from the previous crisis, and the dependence that exists on tourism caused the pandemic to affect us more », insists Cano.

DBK Informa’s own study indicates that it was restrictions on mobility and limitations on the opening of non-essential commercial establishments, together with the collapse in demand associated with less social activity and foreign tourism, which caused a strong contraction of the sectoral business volume.

By types of establishments, the worst evolution was recorded in independent specialized trade, which saw its turnover fall by up to 51%, according to the report, while the sales of stores integrated in chains fell by 31%. Between the two, they added 1,130 million in turnover.

For their part, non-specialized establishments obtained income of 820 million euros from the sale of footwear, a figure that was 30% below that registered in 2019.

Despite the fact that the first months of 2021 continued to be penalized by the outbreaks of the pandemic and its strong impact on demand and commercial activity, in the second half of the year a progressive recovery of the sales rhythm is expected, according to the study. Thus, the volume of business will experience growth at the end of 2021, although it will still be well below the prepandemic level.

Something similar to what the sector expects to happen with exports. Last year, sales abroad by Spanish manufacturers totaled 2,394 million, 16% less, of which 1,195 million corresponded to companies in the province of Alicante, with a decrease of 20%.

Despite the strong impact caused by the pandemic, throughout Spain there are still some 8,000 establishments specialized in the retail sale of footwear, which employed some 24,000 workers, according to the DBK Informa Sectorial Observatory. Of course, some figures that are going down. Specialized chains and large non-specialized operators have increased their weight compared to establishments that operate independently, as the latter have been the most affected by the current crisis. The five main operators gathered in 2020 27.9% of the total value of sales, and the top ten 35.2%, according to this study.