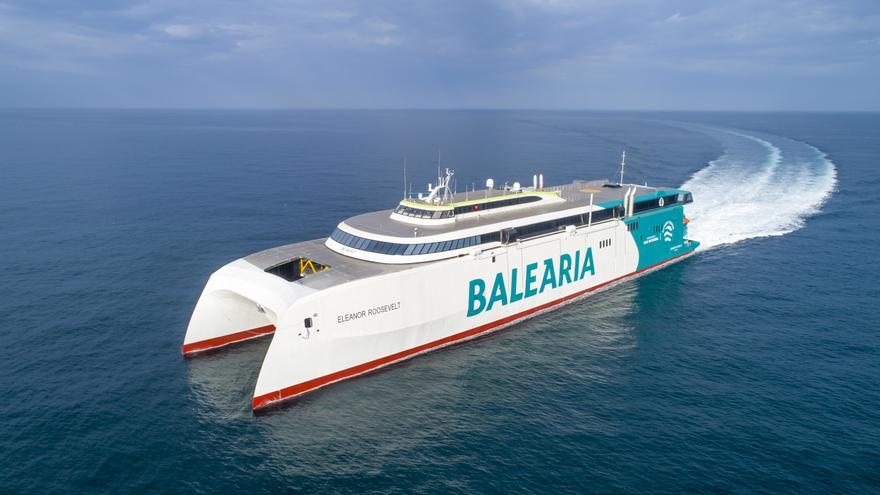 Baleària reduced its turnover last year by 24% due to the coronavirus pandemic. The Dénia-based shipping company, however, highlights that it moderated the impact of the health crisis thanks to efficient and dynamic management, adapted to continuous market fluctuations, as well as to the diversification of its business areas (passenger and cargo) and routes, which had different effects. “Restrictions on mobility caused significant drops in all traffics and they were translated into a negative result, which has made us lose part of our solvency and increase our debt, but we have resisted thanks to our financial and financial strength, the result of many years of work, ”said Adolfo Utor, president of Baleària.

The shipping company prioritized from the first moment ensure safe transportation, and in an economic context of uncertainty, despite adjusting operating expenses, it kept the projects and investments linked to its strategic axes of sustainability and digitization, such as the launch of the first fast ferry with gas engines of the world and the award of a new smart terminal sustainable in Valencia. “This year we have shown financial strength, and a great capacity for reaction, flexibility and adaptation,” said Utor, who also highlighted “the great effort made by all the teams.” Finally, he indicated that the shipping company is prepared “to face the recovery with renewed energy, optimism, cohesion and motivation.”

The areas of passage and cargo had a similar weight in billing, but a very different evolution, since limitations to mobility and the closure of borders reduced passengers by half (2,150,000), while freight transport was more stable throughout the year, with a decrease in the number of passengers. -6% (5,743,000 ml). Throughout the year, including the most complicated moments, Baleària assumed the responsibility of fulfilling its social commitment and was involved in maintaining services in all territories.

The routes national accounted for practically 94% of passengers, with a variable behavior depending on the area: in Ceuta and Melilla, traffic dropped by -60%, in the Balearic Islands the drop was -30% and, however, the routes with the Canary Islands experienced growths (+ 20%). It should be noted that Baleària was adapting schedules and routes in a flexible and reactive way, depending on demand.

On the other hand, the routes international they pressed the closure of borders and the cancellation of Operation Paso del Estrecho, with a decrease in the number of passengers of -85%. Despite the situation, Baleària’s ability to adapt made it possible to respond to the existing demand for repatriation of European citizens with the opening of a new international route between Morocco and France, which was added to almost 50 special operations coordinated with different governments.

Baleària’s commitment to help guarantee the supply of essential goods to non-peninsular territories throughout the year resulted in a more stable behavior in this business area, with a -6% drop in the number of linear meters. In the case of the routes with the Canary Islands and the international ones, growth of more than 20% was experienced.

The effects on traffic due to the pandemic resulted in a drop of -24% in the shipping company’s turnover and losses of more than 15 million euros. However, Baleària’s economic management was supported by an EBITDA of more than 60 million. In this difficult economic context, the shipping company continued to bet on competitiveness and a vocation for leadership, maintaining investments in its strategic axes (innovation and sustainability), and adding a new priority: guaranteeing the safety of its ships.

The numerous protocols implemented by Baleària (among which the cleaning and disinfection protocols, the reduction of capacity of ships and the measurement of temperature prior to boarding) made it the first shipping company in the world with the Global Safe Site COVID certificate. -19 (Excellence).

Baleària continued with the green path that has made it a reference shipping company in terms of sustainability, especially in the use of natural gas, and marked a milestone in shipping by launching the Eleanor Roosevelt, the world’s first gas-powered fast ferry, which will be operational shortly. In addition, in 2020 it already sailed with six ships powered by this cleaner energy, which allowed it to stop emitting 37,000 tons of C02. A pioneer in maritime gas transportation, it accounted for 96% of LNG supplies to ships in Spain, the majority with a new high-efficiency system.

In 2020, Baleària was awarded another project that will also be a benchmark in sustainability: the new passenger terminal in the port of Valencia, in which it will invest 37 million euros. The objective is for the terminal to have the least possible environmental impact, with the use of 100% of the electricity self-generated in the facilities by renewable energies or a biogas plant that will allow obtaining biomethane thanks to the recycling of 100% of organic waste.

As he fast ferry Eleanor Roosevelt like the València terminal, they combine sustainability with innovation. And it is that in 2020 Baleària continued with its strategic commitment to digital transformation, with transversal projects. On the one hand, it installed sensors on two ships to monitor emissions in real time (the first step for the future control tower) and implemented a more technologically advanced management system on the routes with Melilla, which will be extended to the rest of the company. . In the freight area, it continued to advance in digitization that has allowed cargo customers better logistics planning and more agile port operations.

Regarding passenger services, in addition to continuing to support smart ships providing a complete technology experience, the need for social distancing drove the advancement of digitization projects access to ships and accommodations. In contact with the client, a multichannel tool was implemented to offer direct and efficient attention, which allowed 94% of the queries to be resolved in the first contact.

Finally, it should be noted that, despite the unprecedented situation of 2020, passengers continued to trust Baleària, since they scored better all the key indicators in satisfaction surveys and allowed to increase the NPS, the index that measures loyalty and satisfaction, in 14 points (44.3).