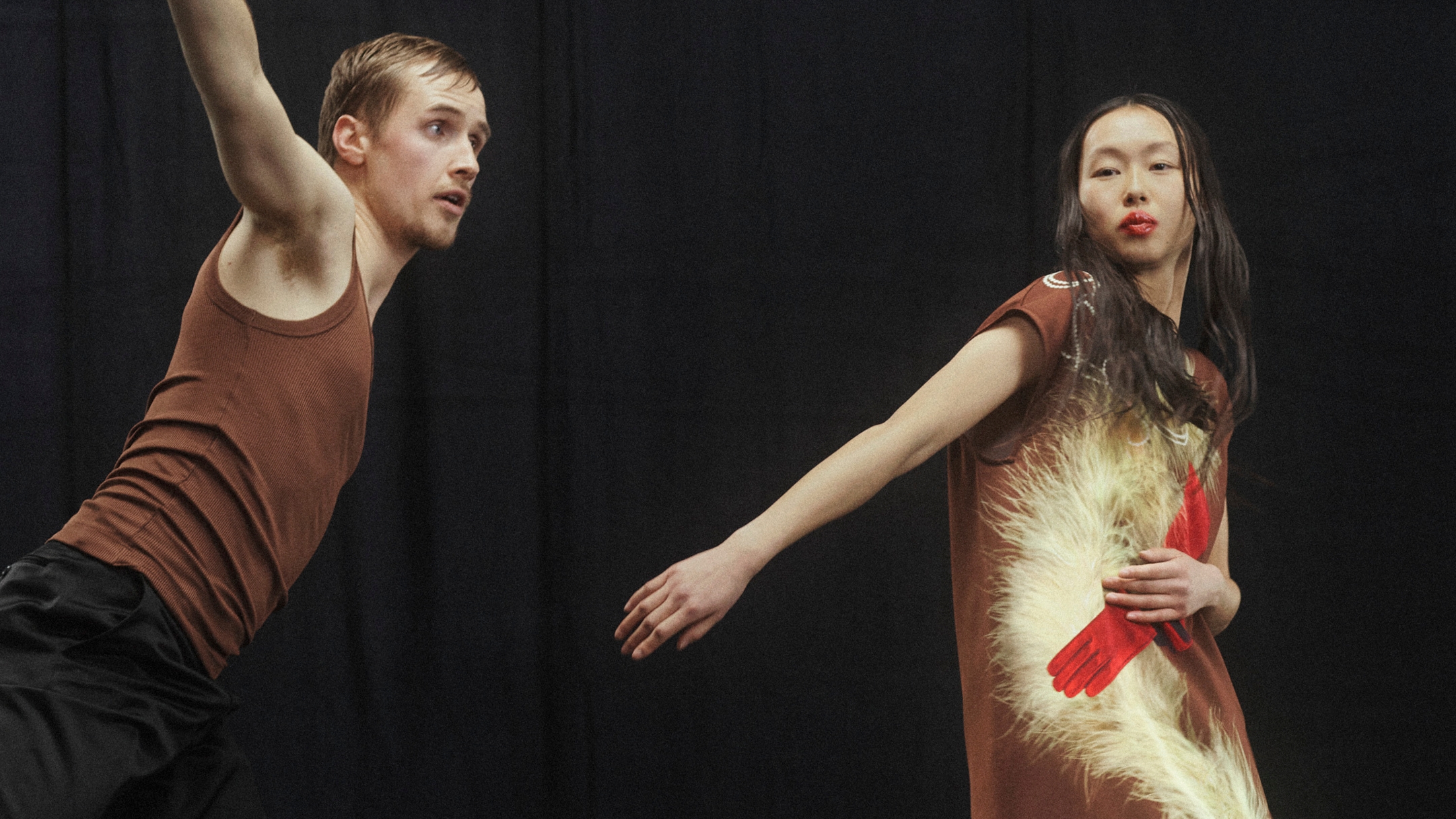 In these days of digital presentations, a handful of photos can convey much more than one of those clever and / or spectacular videos that seek to hold the attention of an unmotivated audience. It happened to Schiaparelli in the last week of haute couture, which made his powerful images the most shared in networks. And it just happened to Dries van Noten in this recently started Paris fashion week. The Belgian designer also filmed his collection, but it was Casper Sejersen’s photographs of 47 dancers and models that really managed to express an idea as pertinent as it was cathartic: the need to release frustration through movement. Fashion has been resorting to dance as a vehicle of expression almost since it exists, however, Dries, as is usual in him, has not played grandiloquence but simplicity. A dim stage (that of the Singel theater in Antwerp) and the free contortions of its models and dancers were enough to speak of containment and release of emotions and, above all, to explore the almost infinite possibilities that emerge when the moving body interacts. with the dress that wraps it. Even more so when, as is the case, the creative exercise is focused on light, color and textures on seemingly simple patterns. In a year when fashion is forced to rethink its values ​​and strategies, Dries van Noten was the first creator to take a stand against the speed of the industry and its mismatches in terms of sales and consumption. He only manufactures two women’s collections a year, and although he was always a staunch defender of the traditional fashion show, this latest presentation shows that he is capable of making his mark through other avenues.

The idea of ​​liberation, physical and emotional, somehow hovers over the proposals of many of the designers in the early days of Paris. “Like the others, I have made this collection in confinement. Isolation, for some, can be a vehicle for creation, I wanted to explore that. In addition to exploring what will happen when we go out into the world again, “explains Johnny Johansson, artistic director of Acne Studios. This premise translates into monochromatic pastel-colored suits that alternate with others much less sweet, in black and white, and, above all, with the play of textures: from the extreme comfort of pieces that emulate quilts to the visual warmth of the fat point.

Cecilie Bahnsen also participates in that game of escapism and warmth; Not only because the Danish creator is one of the standard bearers of that bucolic-romantic style that is so successful this season, but also because her presentation video reflects in images the feeling that her designs provoke: the getaway. From loneliness and the urban metaphor of a huge parking lot to the freedom and peace of a deserted beach in Denmark. A simple argument, but it fits perfectly with those voluminous dresses with delicate textures that mix knitted and recycled silk. Touch, which had taken a back seat in favor of visual games, has become another of the great protagonists this season of parades. The reasons are obvious.

What was not so obvious is that Marine Serre presented an optimistic collection. If the young designer has become a big name on the calendar in just three years, it is because her dystopian idea of ​​the world, a mask and protective garments, were a breath of fresh air in an industry that a year ago handled other less catastrophic discourses . But everything has changed, even Marine, who now wants, as she says, “to explore the comfort that everyday acts bring”. She has done it, like the others, with a simple presentation, a website called Marine Serre Core in which the creative process is detailed (she is one of the prominent voices of the upcycling, recycling leftover fabrics and garments) and a handful of photographs showing traditional scenes, chatting, walking the dog, watering the plants or drinking coffee. But although the spirit is the opposite, the clothes are almost the same: patchwork, deconstructed garments and, of course, its ubiquitous patterned moon, perhaps one of the most sought-after logos of the past year. If there is a recurring trend among firms, it is to recover the file with the intention of emphasizing the identity of each one. In the case of Serre, it is also “a way of seeing where we are as a brand and what has changed and what has not in the last three years.”

One hundred years have passed since Gaby Aghion was born and almost 70 since she founded Chloé, the brand that made the bohemian spirit of the left bank of the Seine fashionable. In her first collection for the house, Gabriela Hearst wanted to recover that milestone with a collection filmed, obviously, in the Parisian neighborhood of Saint Germain des Prés and made up almost entirely of easy-to-wear dresses combined with outerwear that merge sporty patterns with aesthetics. neo-hippies. It is this subtle mix of references that keeps Hearst from falling into the hackneyed stereotype of the boho and their garments breathe novelty, even if they have their eyes set on the archive.

Nicolas Di Felice is another rookie this week. His first collection for Courrèges is, how could it be otherwise, an update of that simplicity of pure lines that elevated the brand in the 60s. It does not seem at all easy to resurrect a brand so anchored to an era and above all, to a style, that of Science Fiction and the Space Age, but if there is any moment to play the card of evasion and possible worlds, this is it. Although if there is someone who has known how to make evasion a way of life, it is Rick Owens. And, of course, he is still Rick Owens: this time he has replaced the Palais de Tokio by the seaside, but his techno priestesses are still there, giving another turn of the screw to his symbolic uniform, as difficult to explain as easy to do. recognize.