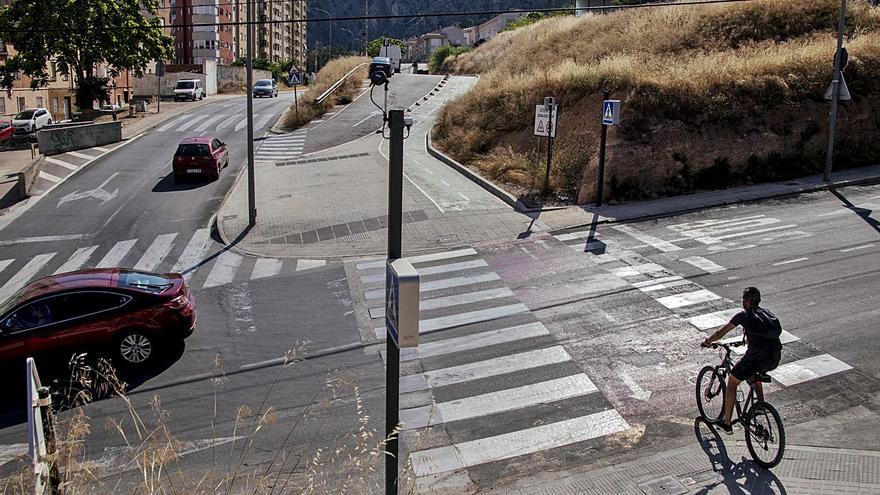 The parkway, the name that the current government team has given to the project previously known as the boulevard, will form a ring road along the northeastern side of the urban area of ​​Alcoy, following the route of the unborn railway to Alicante. At present, the route can be done mostly, although in some points it is still a simple street, which will also be suitable in any case. However, the bulk of this action is made up of the stretch that remains undeveloped, between the neighborhood of Cotes Altes and the highest part of the Ensanche, at the height of Isabel la Católica street. The construction of these 700 meters and the adaptation of the nearly 800 meters from Isabel la Católica Street to the Santa Rosa neighborhood, now a simple road, will not only culminate the union of different areas of the city, with the consequent improvements for the road traffic, but it will also be an incentive for sustainable mobility, as the cycle lane is completed from the railway station to link with the greenway. Likewise, it should be remembered that it is intended to make pedestrian traffic easier, which may result in less pollution by favoring that travel does not necessarily have to be done by car.

As for the urbanization of the block of the old Rodes foundry and its transformation into a technology park, it will affect the renovation of a 12,000 square meter space that is now degraded. But in addition, a unique architectural space can be recovered, with industrial buildings from the beginning of the 20th century, as highlighted by municipal sources. The initiative will also provide an economic boost, since these facilities are expected to be located Technology-based start-ups, thus also influencing another of the main lines of the Urban Agenda, intensifying the implementation of information and communication technologies.

Boost to the «Smart City»

From the City Council they highlight the boost to digital technologies as another fundamental aspect in the Urban Agenda, which also connects with the Plan Smart City that has been developing for some years. Thus, they refer to the implementation of electronic administration, the automation of irrigation systems in parks and gardens, telecare systems for the elderly or Wi-Fi connection points, among others.

On the other hand, the City Council also once again emphasizes the pedestrianization of the center, which is considered essential for the commercial reactivation of the area. At the moment, despite the important controversies that this plan has generated since its launch last March, new establishments are emerging in the area, and the traffic of pedestrians is also continuous in the main streets from which has taken out the road traffic. The intention of the Consistory is to continue in this line in the near future, as has been insisting, with a view to fulfilling, at the same time, another objective of the Urban Agenda, such as reducing pollution.

Back to the recovery of the historic center

The Urban Agenda also foresees acting on the historic center of Alcoy, whose rehabilitation is the subject of an almost continuous debate in the local political arena. At the moment no specific action has been detailed. It should also be remembered that the City Council has committed to studying the possibility of carrying out a comprehensive renovation, although insisting on the difficulty of carrying it out.